The deputy was pursing a suspect when another vehicle crashed into his patrol car while he was making a U-turn in an intersection. 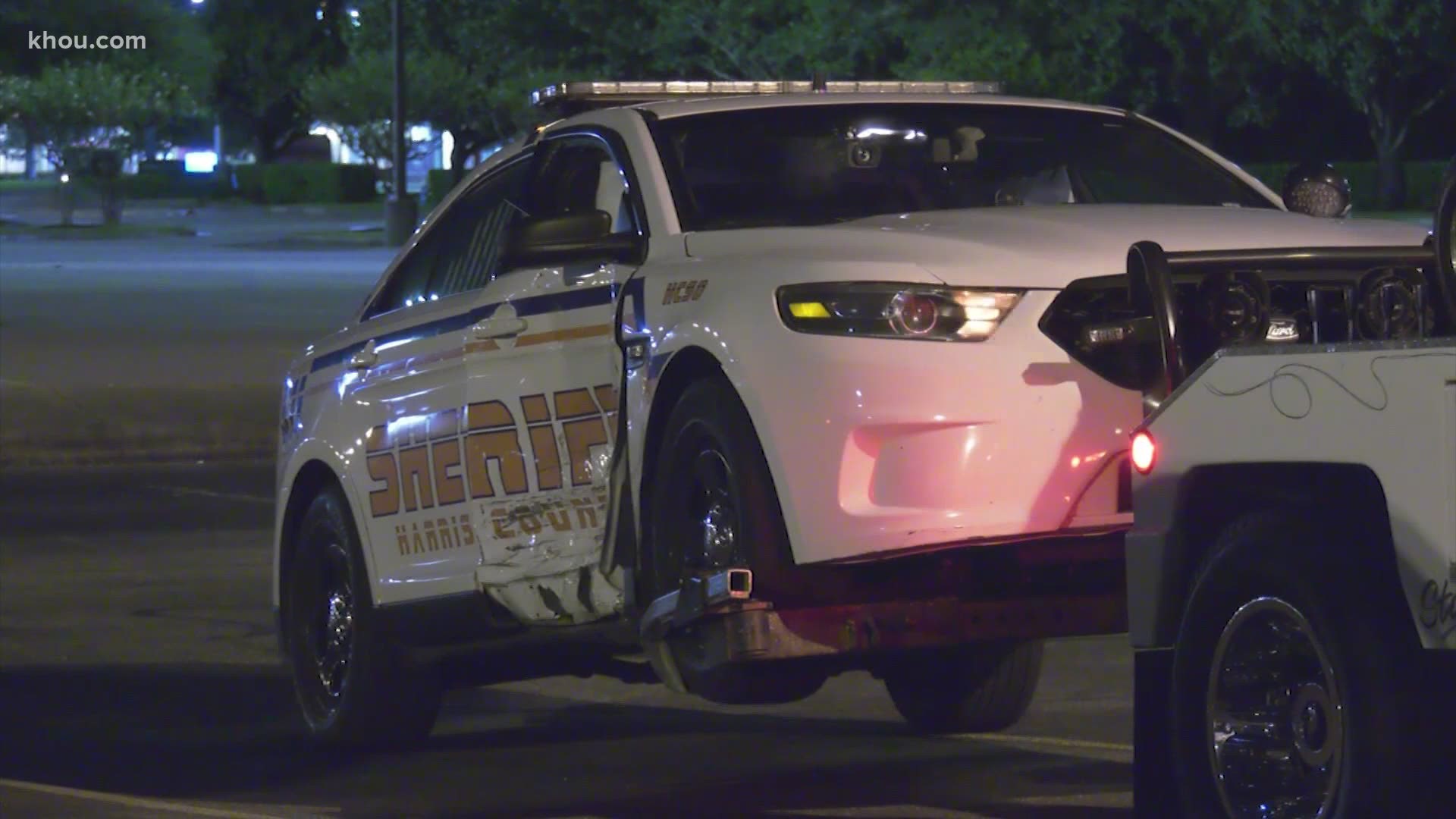 HARRIS COUNTY, Texas — A Harris County deputy was taken to the hospital overnight after he was involved in a crash during a chase.

The Harris County Sheriff's Office said the deputy was pursuing a suspect on the Katy Freeway feeder near Fry Road and when he tried to make a U-turn in the intersection, another vehicle T-boned him.

The deputy was taken to a nearby hospital for injuries to his leg and cuts to his face from broken glass from his car window. He is expected to make a full recovery.

The driver of the other vehicle did not suffer any injuries.

Traffic unit is working a fleet at Fry and I 10 Deputy suffered non life threatening injuries. The vehicle he was pursuing was stopped by other Deputies. East bound feeder and Fry RD are shut down. pic.twitter.com/NCp0aPE0vo

The suspect the deputy was chasing was later stopped and taken into custody.