Jurors sentence Houston woman who tossed her toddler into a lake, then pretended doll was her daughter

Tiaundra Christon, the mother of 2-year-old Hazana Anderson, confessed that her daughter died in a Houston hotel room after she and her boyfriend abused her. 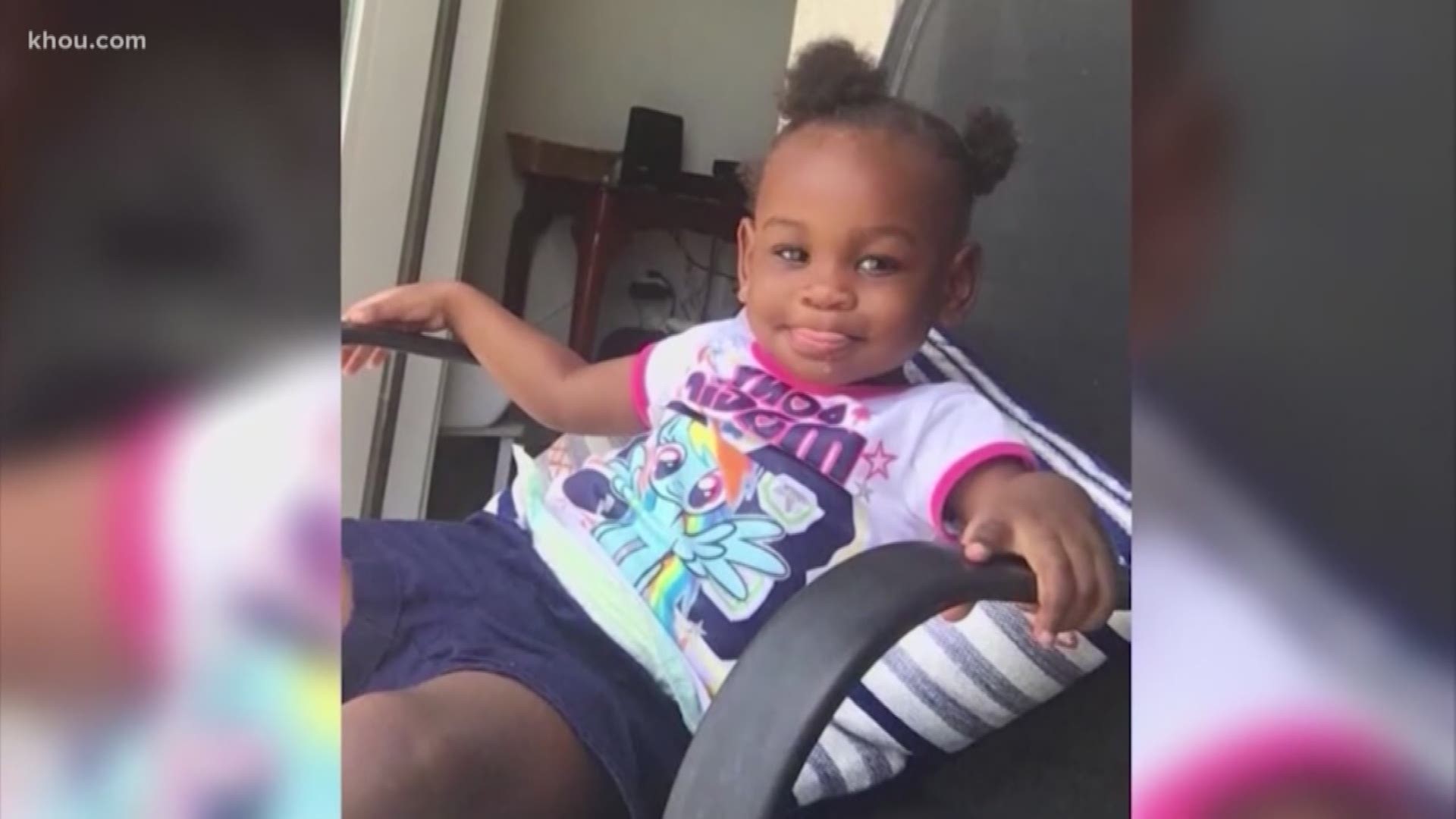 GALVESTON COUNTY, Texas — A Houston woman who dumped her dead daughter’s body in a Texas City lake two years ago is going to prison.

Galveston County jurors sentenced 23-year-old Tiaundra Christon to a maximum of 20 years in prison for tampering with a corpse.

The video above originally aired on October 29, 2018 when Christon was arrested.

That “corpse” was her 2-year-old daughter Hazana Anderson. The toddler was the subject of a massive search when she was reported missing in College Station in October of 2018.

More than 160 people in College Station joined the search, including the Texas Rangers.

Police became suspicious after discovering a life-sized doll dressed in the same clothes that Christon claimed Hazana was wearing when she disappeared. Investigators say Christon pretended the doll was her daughter when she returned to Houston and even took it to Walmart in a stroller.

After her arrest, Christon confessed that Hazana died in a Houston hotel room after she and her boyfriend, Kenny Hewitt, abused her.

The details of her death are horrifying.

Christon admitted they beat Hazana with a belt because she was crying. She said the toddler was going in and out of consciousness, so they put her in the bathtub to try and revive her.

As Christon was removing the child from the tub, she said she noticed signs of sexual abuse.

She told police the child was cold to the touch, so she and Hewett tried to use a hair dryer to warm her up and ended up burning her skin.

Christon kept Hazana’s body in the back seat of her car in a plastic trash bag for three days. On October 23, she says she and Hewett tied a heavy rock to the bag and tossed it into Moses Lake near SH 146 in Galveston County.

She didn’t report her missing until five days later.

Anguished relatives said Hazana’s nickname was “Muffin” because she was so sweet.

Christon, who was also fined $10,000, will be eligible for parole in five years.

Hewett is already serving a 20-year sentence after he was found guilty of the same charge last November.

We reached out to the Galveston County DA's office to ask why they weren't tried on more serious charges.

"The Medical Examiner testified that she could not determine a cause of death or a time of death of the child. She also testified that the injuries that caused the bruising to the child would not have been sufficient to cause her death."