Under this new initiative, deputies set up fake packages in neighborhoods hit hard by thieves. 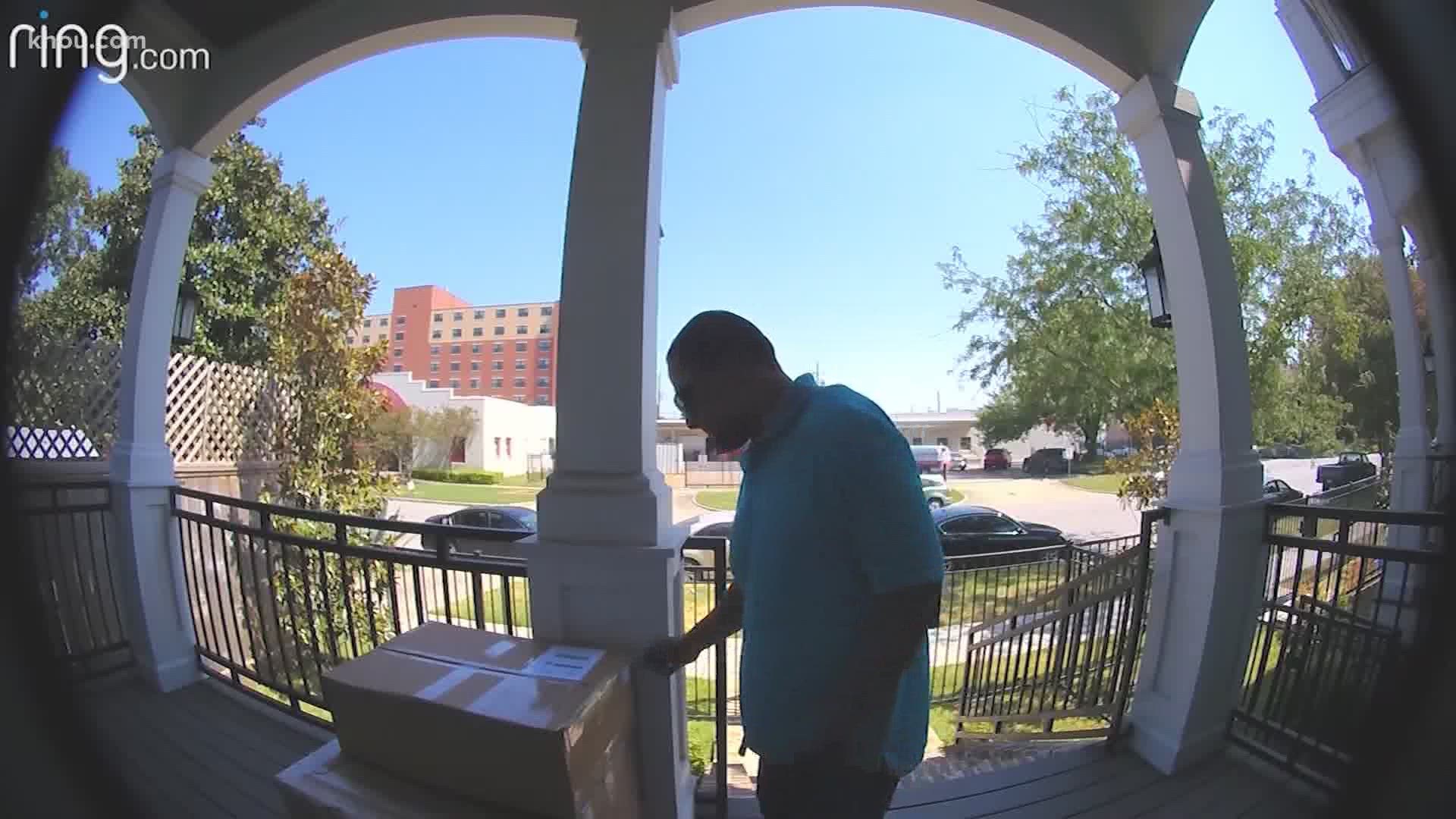 HOUSTON — As the holidays inch closer during a pandemic, online ordering and package deliveries are expected to reach an all-time high this year.

However, the convenience and safety precaution can also put people at risk of thieves.

Under this new initiative, deputies set up fake packages in neighborhoods hit hard by ‘porch pirates’.

J. Ureña with HCSO said their goal is to catch people in the act.

Each decoy package contains a tablet or cell phone that will provide real-time location updates.

Ureña said the devices will also take pictures every minute once it senses light.

Ureña reminds people that mail theft is a federal crime and anyone found guilty can face fines and up to five years in prison.