The Harris County corporal officer was responding to a call Tuesday night when the crash happened. 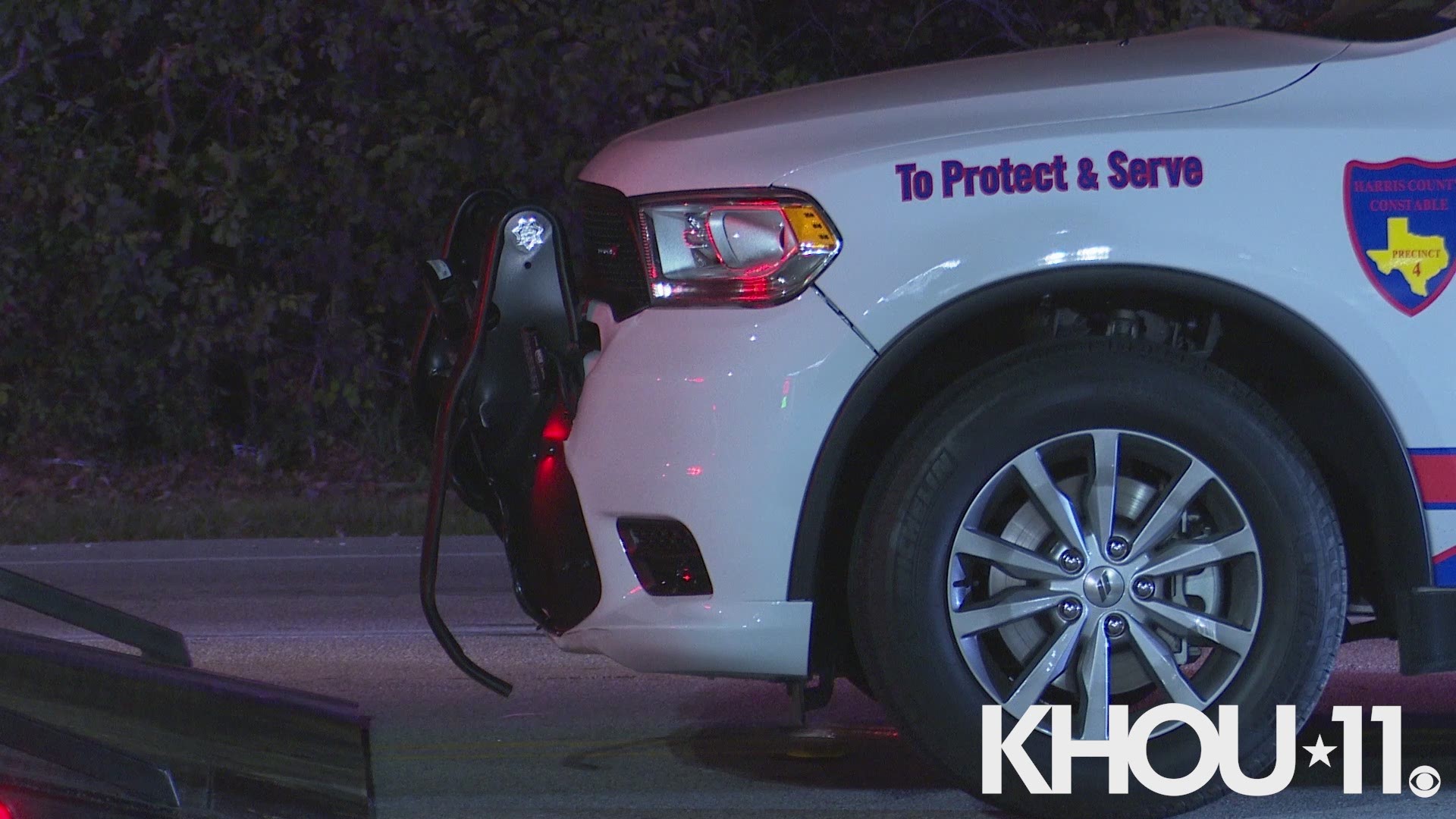 HOUSTON — The Harris County Pct. 4 Constable’s Office is investigating after one of the department’s corporal officers was injured Tuesday night in a hit-and-run crash while responding to a call.

Investigators said the corporal had his sirens and lights activated when the collision happened the 6200 block of Bourgeois Road. They said the suspect hit the patrol vehicle and then left the scene.

#NOW Constables are working a major vehicle crash involving a Precinct 4 Corporal in the 6200 block of Burgeois Rd.

The corporal is being transported to a local hospital.

The other driver fled the scene but was quickly apprehended by and is now in custody! pic.twitter.com/TlqSzwZwrV

The officer was taken to the hospital with minor injuries. The sheriff’s office said the corporal was treated and released that night.

The suspect was quickly found and arrested during a traffic stop near Hollister Road and FM 1960.

He was identified Monday as Isidru Guzman, 66.

Guzman has been charged with failure to stop and render aid with bodily injury. His bond is set at $20,000.