The suspect suffered only minor injuries and is facing a criminal charge for the crash, police said. 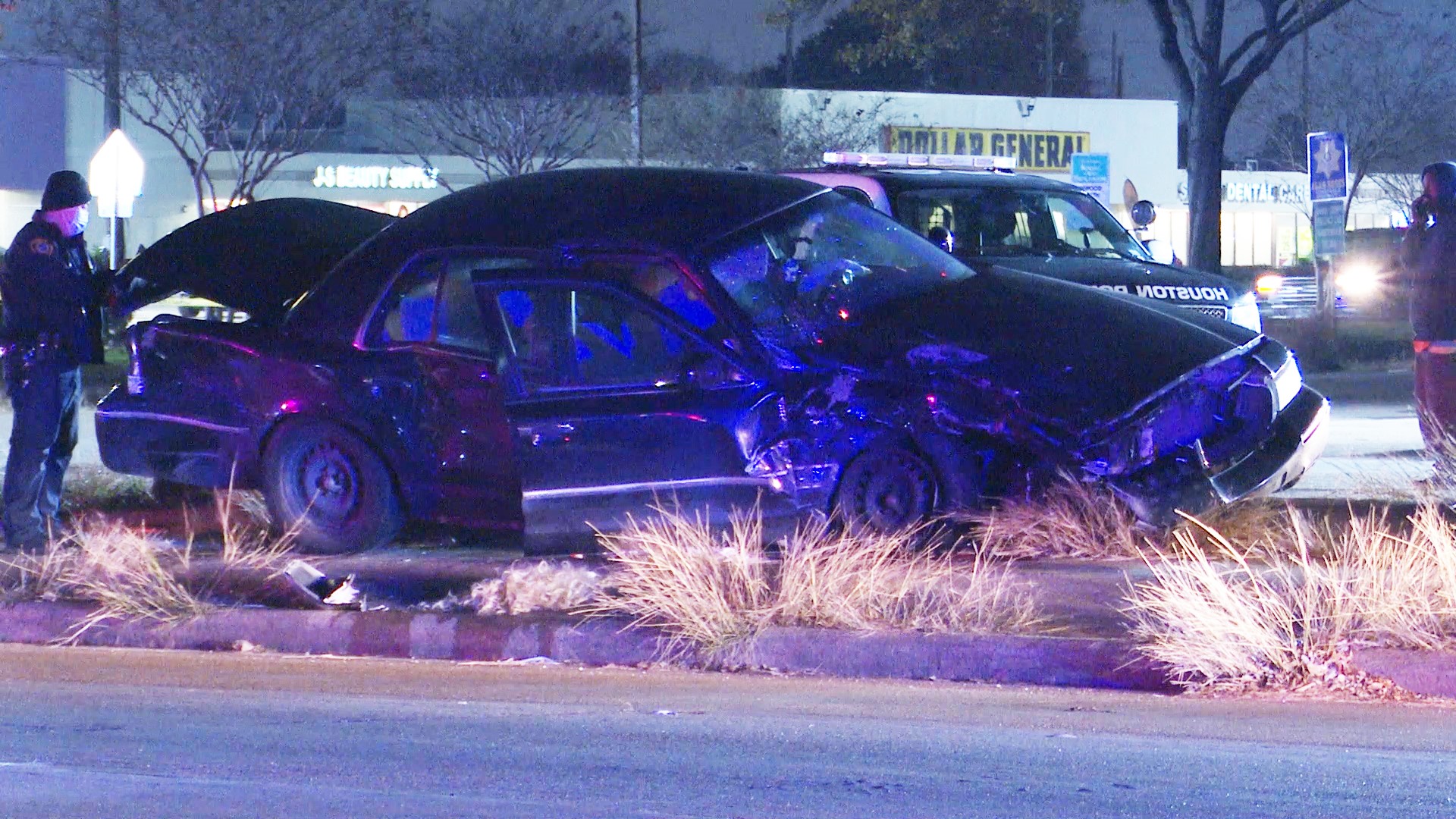 HOUSTON — A woman involved in a heated dispute drove erratically through an apartment complex and ran a red light before hitting and killing an innocent driver, Houston police said Tuesday.

The woman is facing criminal charges for the incident, which happened about 8:20 p.m. Monday at Gulf Bank and Antoine, according police.

According to Sean Teare, Chief of the Vehicular Crimes Division of the Harris County District Attorney’s Office, the woman was involved in an argument at a nearby apartment. When her passenger got out of her vehicle, she allegedly sped through the complex and struck a parked car. She then got on Gulf Bank heading eastbound before running a red light and hitting an innocent driver, police said.

Credit: OnSceneTV for KHOU 11
The crash happened after 8 p.m. at Gulf Bank and Antoine, according to Houston police

The innocent driver, age 52, was ejected from the crash and became pinned under her vehicle. She was pronounced dead at the scene. Her name has not been released.

The suspect, 28-year-old Lohortenes Sanders, suffered only minor injuries and was charged with criminally negligent homicide in the 232nd State District Court, Houston police confirmed. At the scene earlier in the morning, Teare said that charge could eventually be upgraded to manslaughter as the investigation continues.