Houston police are hoping newly released surveillance video will help them locate the possible van and suspects involved in this shooting. 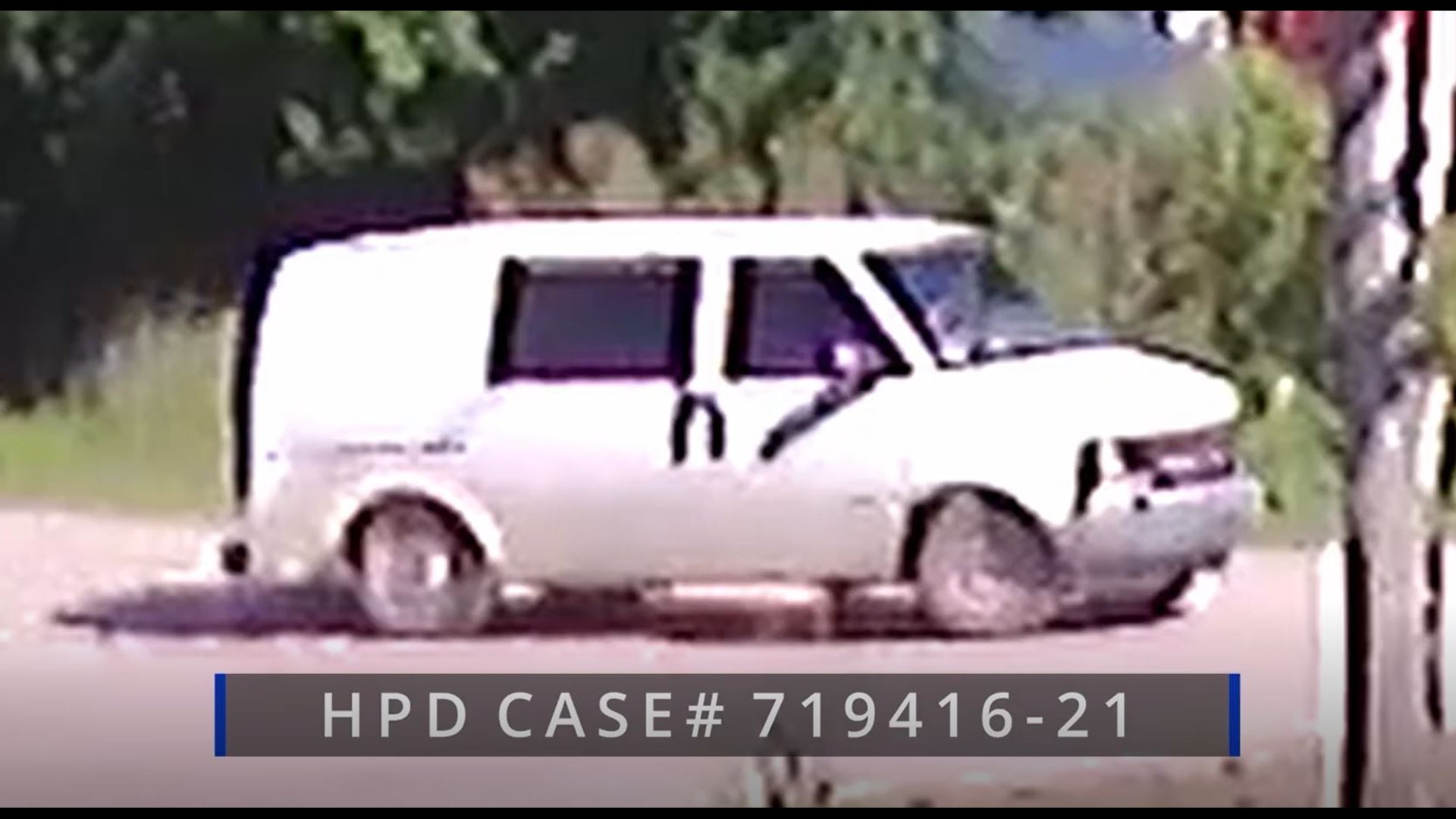 HOUSTON — Houston police are hoping newly released surveillance video will help them locate a van they believe may have been involved in the deadly shooting of a man in southeast Houston.

This happened on May 29 in the 6100 block of Grosbeak Drive, which is near horse stables in Law Park ll.

The Houston Police Department said a man, identified as Mr. Adame, was sitting in a chair near horse stables when two unknown suspects drove up in a van and started shooting.

Police said Mr. Adame attempted to shoot back but failed and died on scene.

Police do not have a detailed description of the two suspects, but nearby surveillance video showed an older model, white minivan or cargo van — possibly a Chevrolet Astro or GMC Safari — in the area of the intersection of Grosbeak Drive and Linnet Lane before the shooting.

Police said the van is seen driving off Grosbeak onto Linnet Lane and parking for a brief moment. The van then drives back down Grosbeak to where the shooting happened and then leaves the area, traveling toward Airport Boulevard.