The husband and wife were identified as Benjamin Okigbo and Theresa Okigbo. Police said the case is being investigated as a murder suicide. 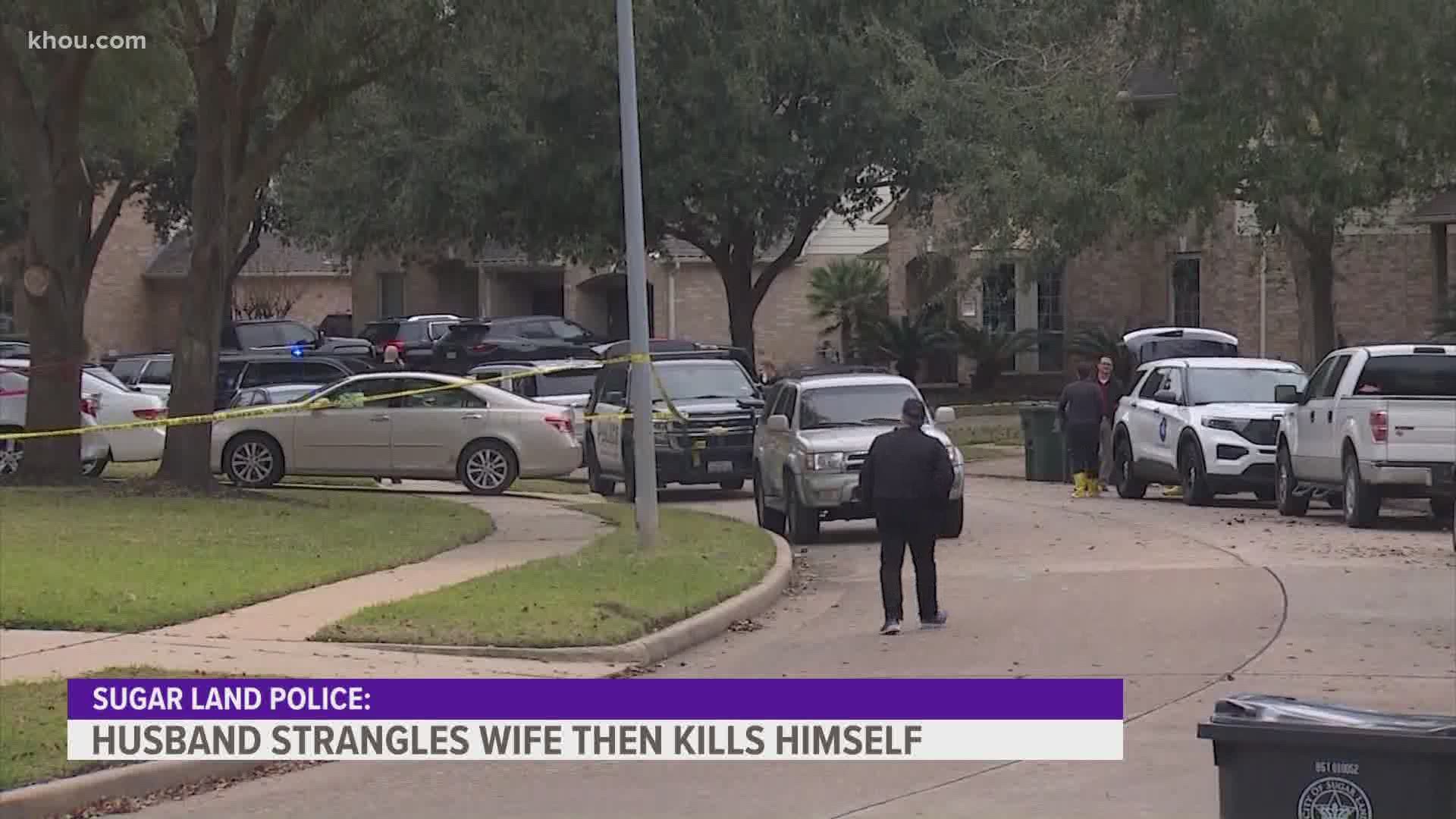 The husband and wife were identified as Benjamin Okigbo and Theresa Okigbo. Police said the case is being investigated as a murder-suicide.

EDITOR'S NOTE: The video above his from the initial report of the Greatwood couple's death.

Police said on Saturday that their investigation revealed that Benjamin Okigbo strangled Theresa Okigbo to death. He then attempted to kill both of his 21-year-old sons by strangling them before he eventually killed himself by hanging.

Both of the sons survived the attack with injuries that are not life-threatening.

On Friday morning, a daughter, who doesn't live at the home, went there after she became concerned. She wasn't injured.

Someone in the house called 9-1-1 Friday morning around 10 a.m. from the home in the 1500 block of Brookstone Lane.

When officers arrived, they found the couple's bodies inside. They were both in their 50s.

A neighbor said they were originally from Nigeria but had lived in the Greatwood home for about 20 years. She said she spoke to the wife a few days ago and nothing seemed out of the ordinary.