Police say a man driving behind the victims saw the end of the shooting and said the gunman then turned toward him. 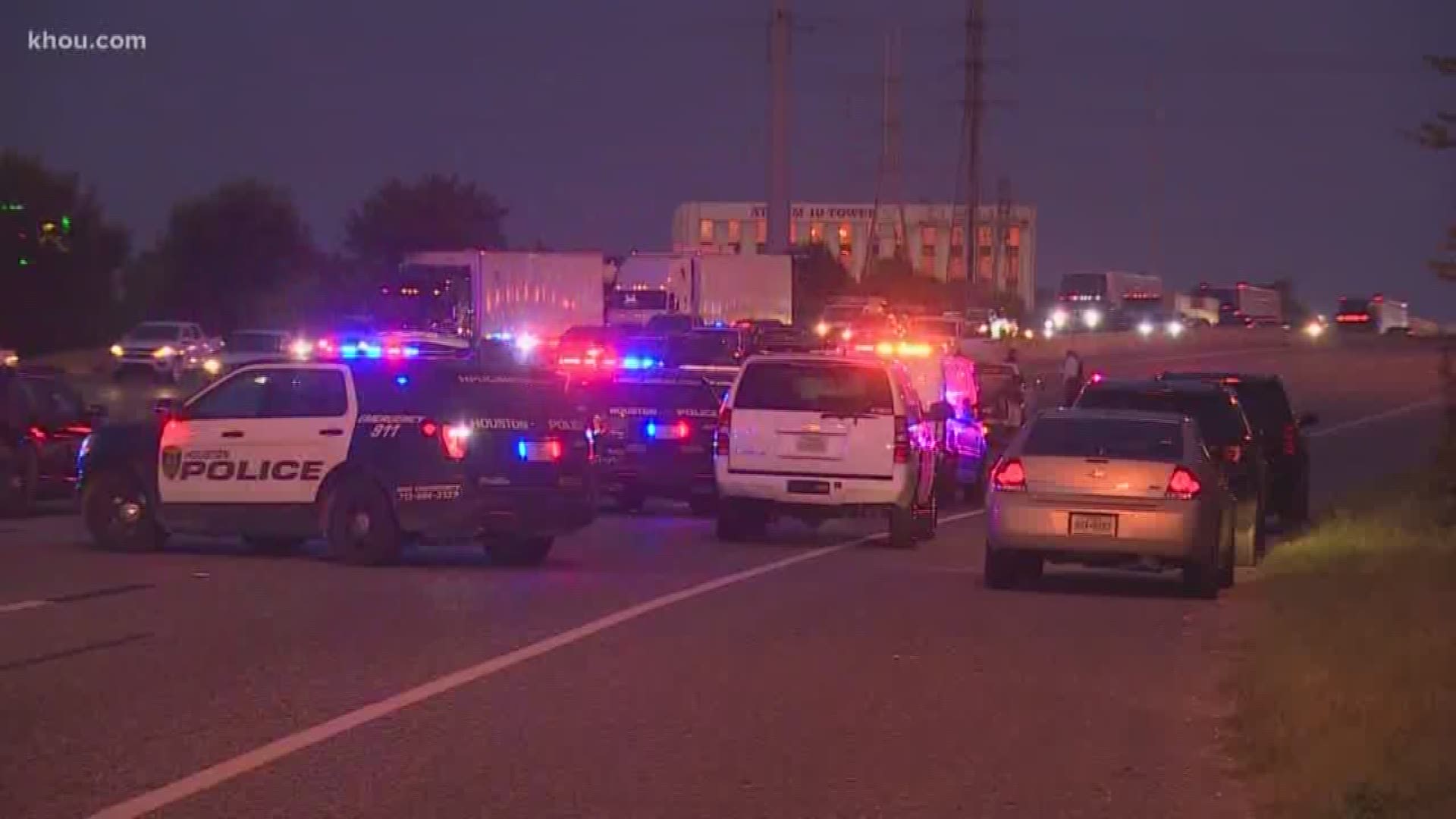 HOUSTON — The gunman who shot and killed two men in the middle of I-10 Thursday evening is still on the run.

Houston Police Chief Art Acevedo tweeted Friday he thinks the murders of the 25 and 33-year-old men were most likely drug-related. Police found drugs in the victims’ vehicle.

Mo Bahro heard the gunshots as he was winding down his day at his nearby business. Along the eastbound lanes of the East Freeway near Holland

"I was in the office, and we heard a loud noise: ‘Pow, pow,’" recalled Bahro, the owner of Wayside Custom Wheels.

Bahro initially thought he heard a tire blowing up.

"That's when everybody went out and we started hearing, 'It's gunshots, gunshots,'" he said. "When they say 'gunshots' and that close, you don't know if somebody's gonna start shooting everybody."

Police say the suspect vehicle hit the victim's vehicle in the middle of the eastbound lanes, causing it to spin out on the crowded freeway.

"Some people, I believe, thought this was a major accident and just drove past it,” said Assistant Chief Bobby Dobbins of the Houston Police Department.

Dobbins said the shooter then got out of his car.

"(The shooter was) coming downhill, firing rounds into the car, and then once the car stopped, he walked to the front of the car and fired rounds directly in the front windshield."

Police say a man driving behind the victims saw the end of the shooting and said the gunman then turned toward him. That's when the witness fired at the shooter.

"He couldn't tell us if he hit him or not, but (the shooter) was able to run all the way back up the hill and get in his car and flee,” said Asst. Chief Dobbins.

A friend of the Good Samaritan reached out to him on KHOU’s behalf Friday. The man did not want to put himself in the public eye. His friend described him as someone not afraid to step up when he sees something wrong.

Police only know the car is a newer, dark four-door sedan, and they're hoping more witnesses and surveillance video from nearby businesses can help.

Bahro’s points toward the escape route. Trees block most of the freeway, and even in the few minutes after the shooting, the rush-hour traffic was still moving for several minutes before police shut down the lanes.

“There's something behind (the shooting),” said Bahro. “I don't see why would somebody would get out of his car and shoot two people? That doesn't make sense."

HPD's best description of the gunman isn't much: A Hispanic man in his early 20s, thin build, about 5'7 in a red shirt.

Anyone with information about this crime should call HPD Homicide at 713-308-3600 or Houston Crime Stoppers anonymously at 713-222-TIPS.