Six-year-old Zyra Longoria would have turned 7 on Wednesday. 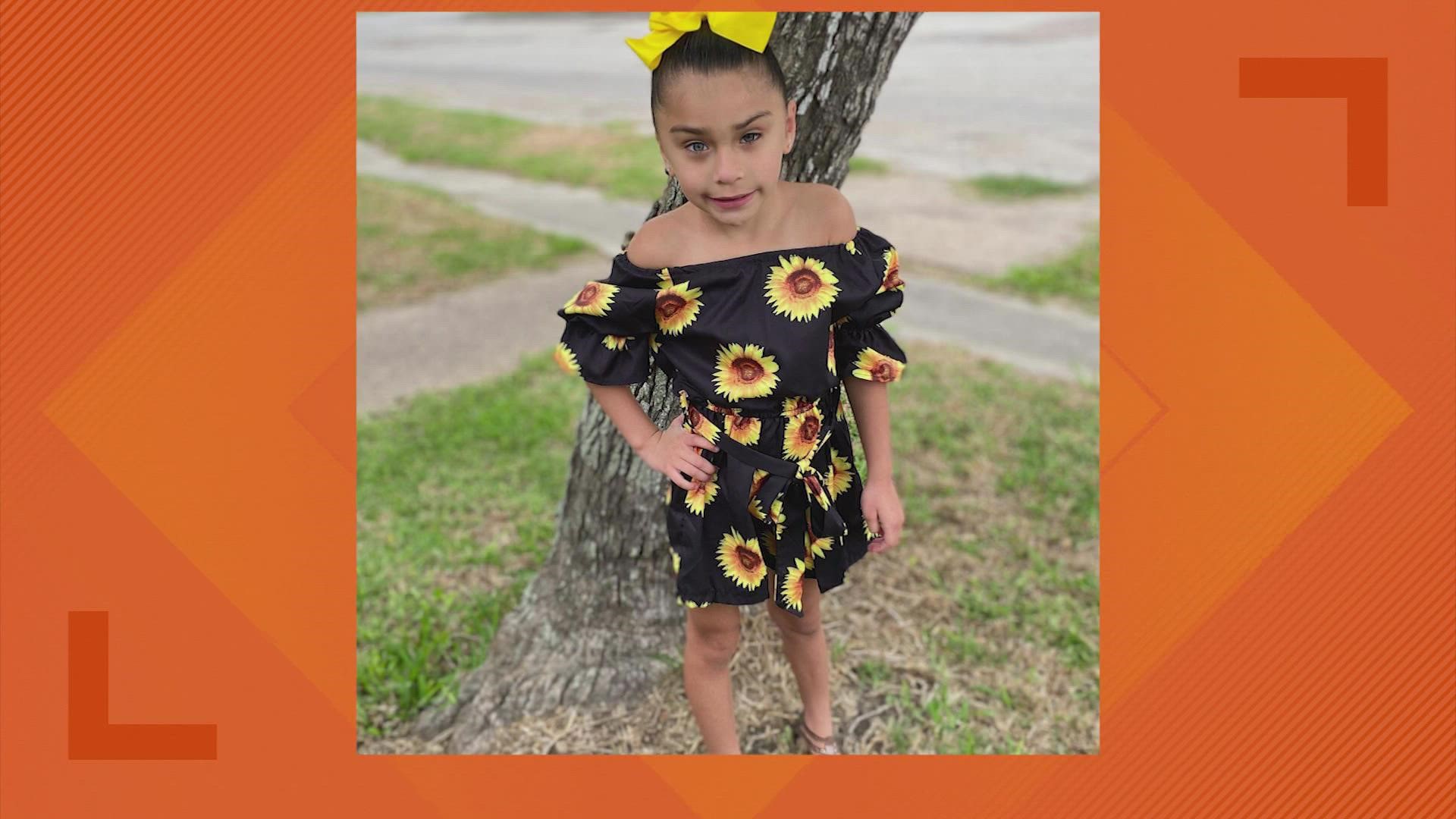 HOUSTON — A driver accused of causing a wreck that killed his 6-year-old stepdaughter and injured two other children was scheduled to face a judge Tuesday morning.

Paul Rodriguez, 30, is charged with murder and felony driving while intoxicated.

The little girl's mother identified her as 6-year-old Zyra Longoria. She would have turned 7 on Wednesday.

The mother also confirmed that Rodriguez was Zyra’s stepfather.

According to court documents, Rodriguez admitted that he smoked weed and took Norco pills before picking up three children.

Witnesses told police they saw Rodriguez drifting in and out of lanes on the Southwest Freeway before sideswiping one car and rear-ending another vehicle.

A witness said they saw Rodriguez crash into a box truck which caused the 6-year-old to be thrown from the car. She hit head-first and suffered a traumatic brain injury, according to court documents.

Police said when the witness approached the crash and saw the child he asked Rodriguez to check on the girl. Rodriguez allegedly refused saying that the child was not his.

She later died at the hospital. A 2-year-old and a 4-year-old were also in the car and were taken to an area hospital, according to Houston police.

According to court documents, Rodriguez admitted he'd been buying prescription pain pills on the streets for years.

Bond was initially set at $250,000. Rodriguez is to not have contact with his two children and an emergency protection order issued.