Police want you to take a look at home surveillance video, because the man in it resembles a suspect who's been brazen in his attempts to force women into his car. 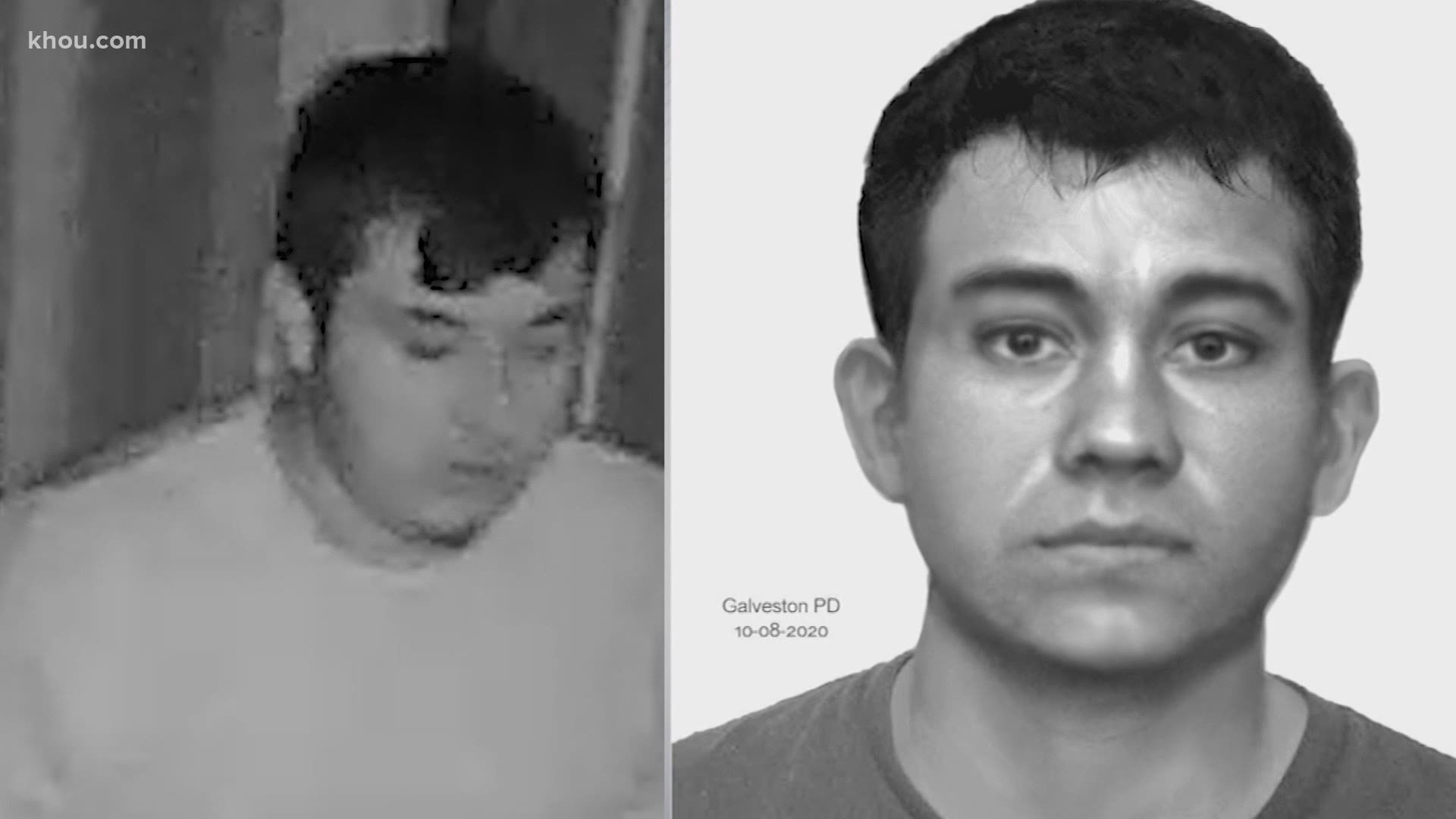 GALVESTON, Texas — KHOU 11 has an exclusive look at a what could be a very big clue that Galveston Police hope will help them find a man who has been trying to kidnap women on the island.

Police want you to take a close look at a home surveillance video, because the man in it resembles the suspect, one whose been brazen in his attempts to force women into his car.

“At first I just thought it was some guy struggling to come home from the bar," said Matthew Stengel, who owns rental properties in Galveston.

When Stengel looked back at cameras from his rental property on Avenue P last Friday, he noticed a suspicious man.

The man slept on his porch and left behind his wallet and a pair of jeans.

“When I showed it to my mother-in-law, the driver’s license that he left behind, she said, 'Wow. That’s the guy they are looking for,'" he said.

Galveston police recently released a sketch of guy they say tried to kidnap women on the island three different times in a red or burgundy car.

RELATED: Galveston police looking for suspect accused of trying to force woman inside of his car

Credit: Galveston PD
Galveston Police said the man driving this vehicle has attempted to abduct several women on the island.

“Then, we watched the videos a little slower because it was hours of footage, and that’s when I saw him touching himself and trying to get into the house and the windows and that’s when I contacted the police," Stengel said.

“This video is really important to me because I feel like this individual that’s seen in the video is obviously doing something that he shouldn’t be," said Detective Michelle Sollenberger with Galveston Police.

Det. Sollenberger can’t be sure this is the same guy but hopes anyone who sees the footage will be able to give police more information.

“He does resemble the offenders sketch so much, that’s two red flags and in my opinion, that’s worth a hard look," she said.

This homeowner is just glad the guy didn’t get into his property where an elderly couple was on vacation.

“They really do need to get this guy off the street, because even if he’s not the exact guy they are looking for, he’s definitely a problem," Stengel said.

Since police released that sketch, several other women have come forward saying they had suspicious encounters with a similar-looking man. If you have any information, call Galveston Crime Stoppers at (409) 763-TIPS.