Police are also looking for a woman they have called a person of interest in this case. 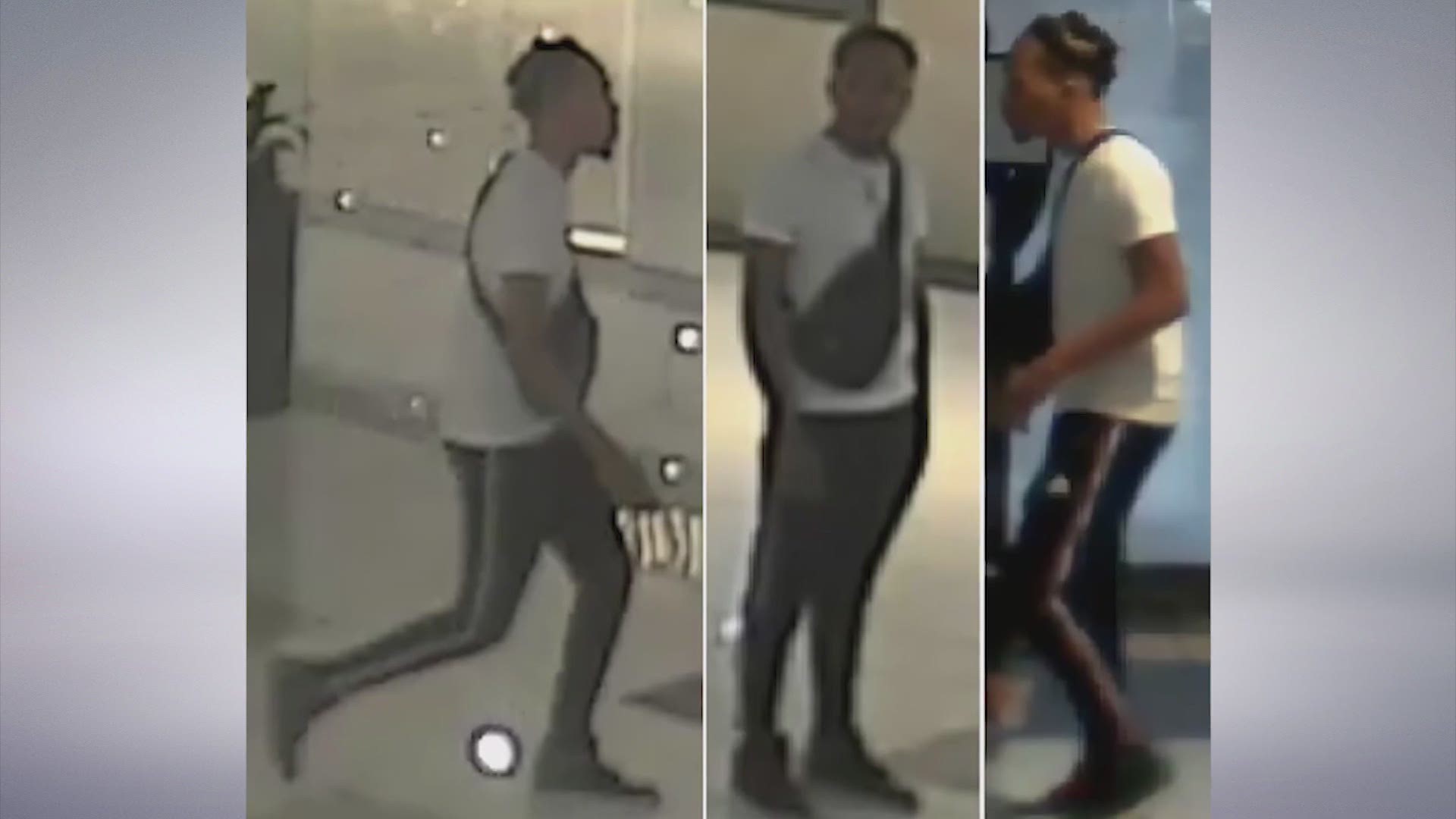 HOUSTON — Houston police have released surveillance video and photos of a suspect wanted for the shooting that happened in the Galleria a week ago.

Police are describing the suspect as a Black man who is about 18 to 30 years old. He is between 5-foot-7 and 6-foot-2 with a slim build and weighing between 100 and 120 pounds. He was wearing a white T-shirt and black sweatpants.

Police are also looking for a woman they have called a person of interest in this case. This woman was seen standing next to the suspect in the surveillance video.

Police said she is not a suspect in this case, but investigators would like to question her about any knowledge she may have of the suspect or the incident.

Police responded to the Galleria in reference to a shooting just before 8 p.m. July 16 near the food court.

Police said the gunman shot someone in the leg and then ran.

RELATED: Police still looking for gunman who shot someone inside Galleria then shot at HPD officer

The victim, a 24-year-old man, was transported to a nearby hospital.

Investigators said the gunman then ran into a parking garage where he encountered an officer, identified as Officer Burrell, who was working an extra job at the Galleria.

The suspect allegedly raised his gun at Burrell and fired. Burrell returned fire but missed the suspect who got away.

Police are still trying to figure out the motive behind the shooting that happened inside the Galleria.

Anyone with information on the identity or whereabouts of the suspect or the female person of interest is urged to contact the HPD Special Investigations Unit at (713) 308-3600 or Crime Stoppers at (713) 222-TIPS.