On top of the backpack ban, the school district also said extra security will be on campuses. 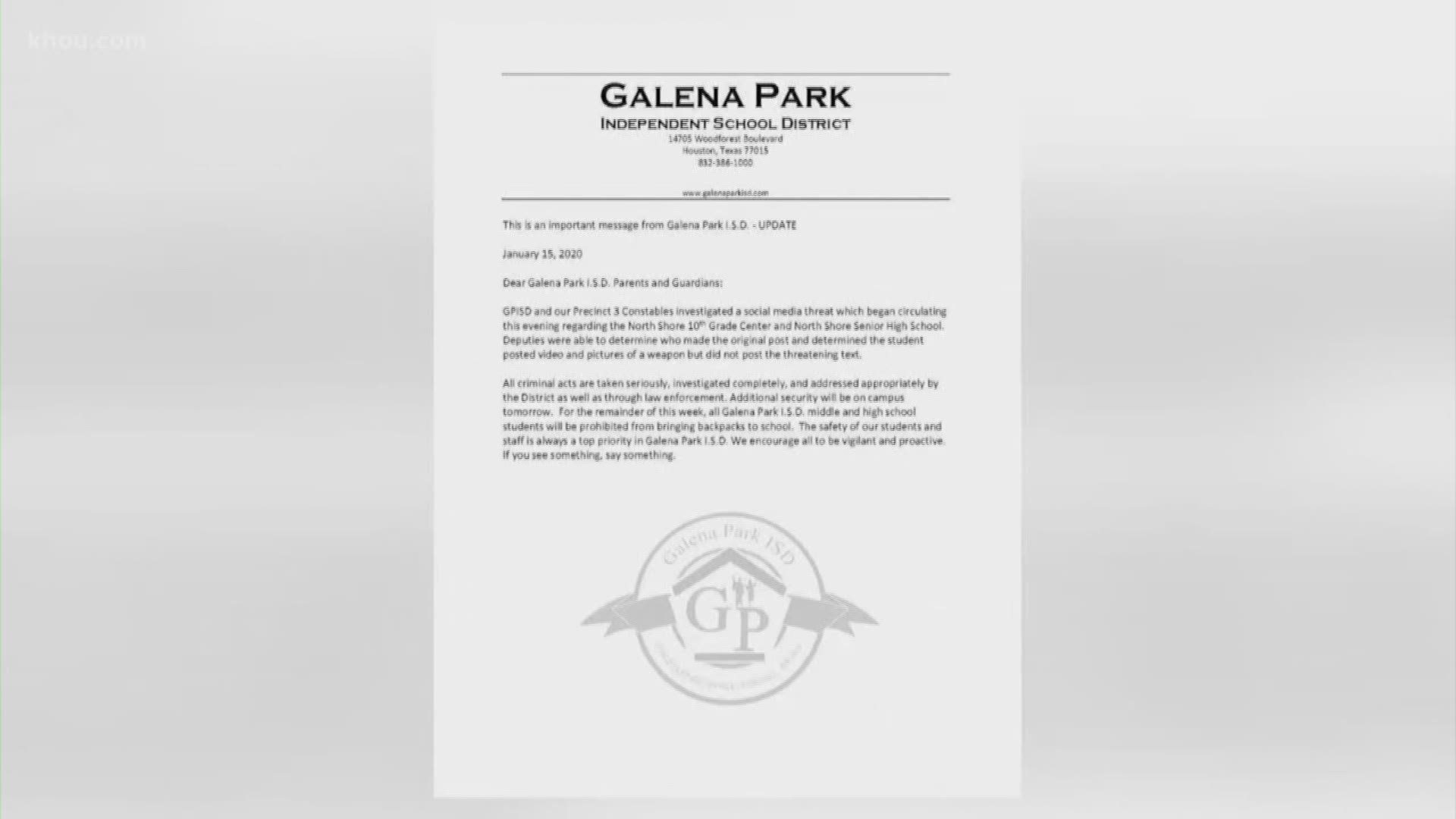 HOUSTON — Administrators at a Houston-area school district have banned backpacks Thursday and Friday after a threatening Instagram post went viral among students and parents.

Galena Park Independent School District notified parents of the decision in a letter home late Wednesday, saying backpacks would not be allowed at any middle school or high school campus in the district.

Concerned family members shared a threatening Instagram story with KHOU 11 News. It showed someone loading a gun with text on top warning students to not go to the North Shore 10th Grade Center and North Shore High School.

According to the letter sent home to parents, the school district and Precinct 3 Deputy Constables investigated the social media threat.

Thursday afternoon, Galena Park ISD officials say law enforcement identified both students involved in the threat, including the one who originally posted the video with the gun and the second added the threatening language to the original post.

They added that the students will be disciplined according to the district's student code of conduct.

In addition to the temporary backpack ban, the school district also said extra security would be on campus.

The school district noted that all criminal acts are taken seriously and investigated. “If you see something, say something,” stated district officials.

Despite the investigation and extra security measures, some parents told KHOU 11 News they would not allow their children to go to school on Thursday.