Police said the robbers and victim exchanged words before gunfire rang out. 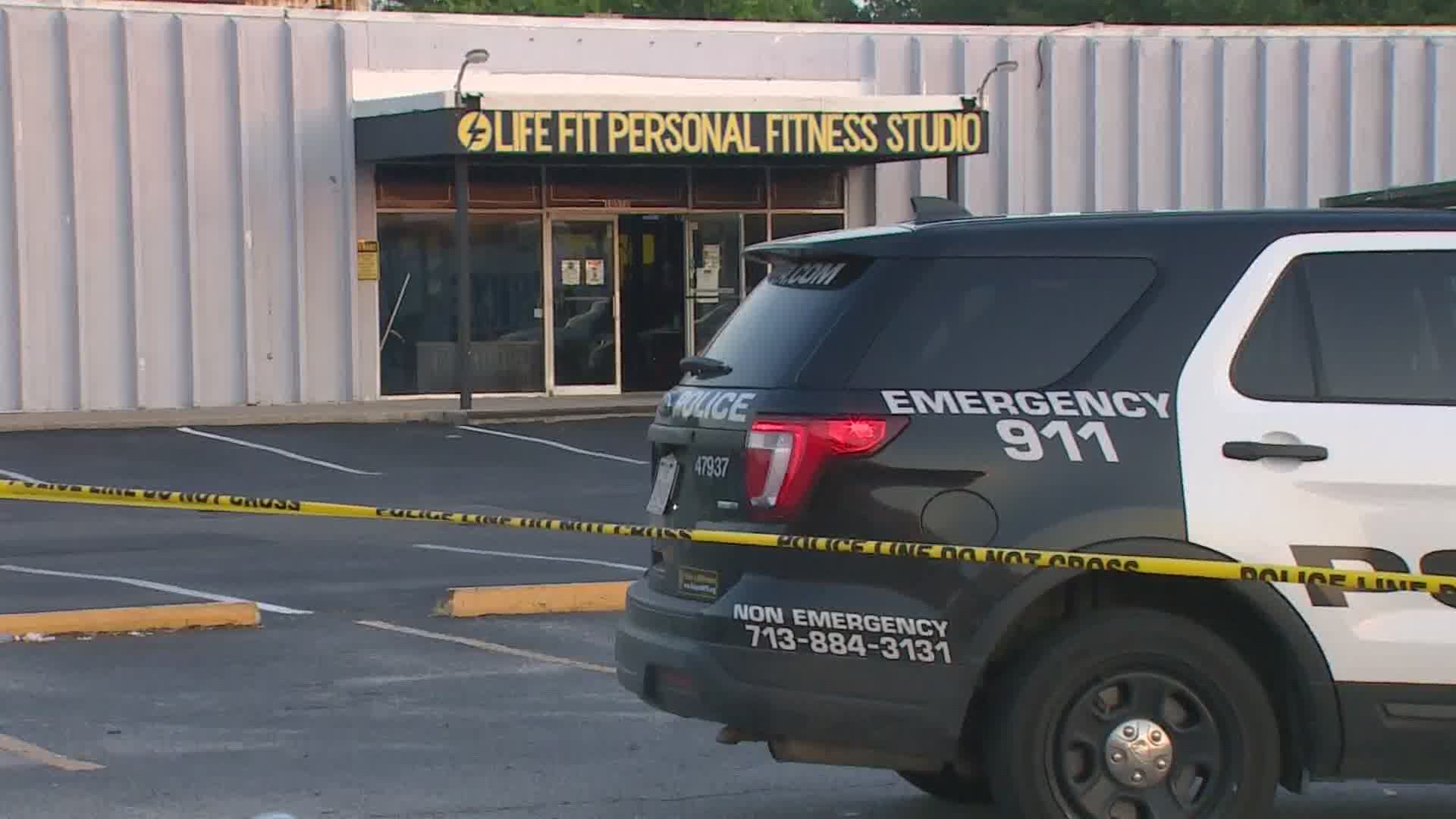 HOUSTON — Houston police are looking for the suspects who shot and killed a woman outside a gym on the city’s southeast side early Thursday.

The shooting was reported before 5 a.m. at Life Fit Gym at 10570 Fuqua, according to HPD Homicide.

READ: Search continues for this white Suburban after woman's murder outside Houston gym

KHOU 11's Anayeli Ruiz reported that the woman, who was in her 60s, just got out of her vehicle and was walking to the gym when the suspects parked near her and confronted her.

Police believe the robbers exchanged words with the woman before they opened fire on her. Two people were in the gym at the time and tried to help the victim, but she died at the scene.

One gym-goer was shocked by the scene.

Police later confirmed they were looking for the killers, who are believed to be in a 2000 to 2007 year model white Chevrolet Suburban. Police believe there are three suspects, and they could be tied to an earlier robbery attempt.

A woman was shot to death outside a gym in South East Houston, on the corner of Fuqua & Beamer. @houstonpolice detectives tell us she was getting out of her car walking into the gym when 3 suspects in a white Suburban tried to rob her. They exchanged words & shot her. @KHOU pic.twitter.com/YGKOSzRk9X

About an hour before the shooting at the gym, a woman said her vehicle broke down near Galveston Road. A white Suburban pulled up, and at first she thought those inside were going to help her.

But the woman said she saw the suspects had a gun, and she ran away. The suspects then rummaged through her vehicle.

Police described the alleged killers as young, Hispanic men in their 20s. They are said to be "clean cut and skinny" and appear to be familiar with the area.

Anyone who has information that could help investigators can call Houston Crime Stoppers at 713-222-TIPS.