Devin Massey, 15, and Jonathan Massey, 17, were reportedly outside their home in Fresno, Texas when a group of masked men pulled up and started firing. 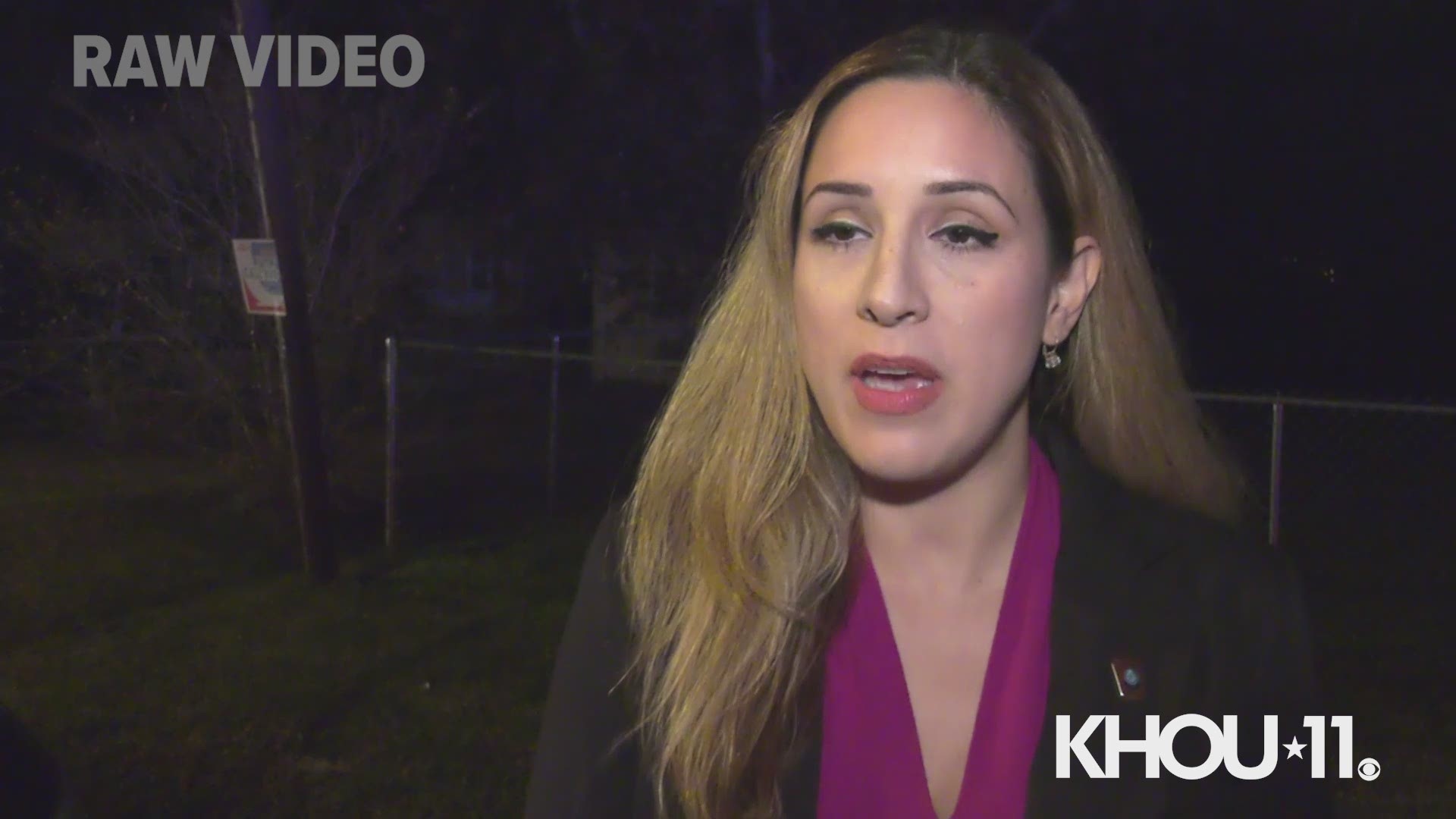 FORT BEND COUNTY, Texas — Two Ridge Point High School students were killed and another person was hospitalized after a shooting Saturday night in Fresno, according to the Fort Bend County Sheriff's Office.

Deputies were dispatched shortly after 8 p.m. when FBCSO received a call about multiple shots fired in a neighborhood off FM 521 near Highway 6.

Investigators arrived at a house in the 300 block of Broadmore Drive, where they found Devin Massey, 15, and Jonathan Massey, 17, dead inside a vehicle parked in the driveway. A third victim was taken to an area hospital, deputies said.

A witness told deputies the three victims were sitting inside the vehicle when a group of unidentified masked men pulled up and started firing.

There was a brief exchange of gunfire and then the men drove off, according to deputies.

FBCSO investigators detained one person at the scene, and they're trying to determine his involvement in the shooting.

"The Ridge Point High School community is deeply saddened by the sudden and tragic loss of two of our students. We extend our deepest sympathy and heartfelt condolences to the families during this difficult time and offer them our love and support while protecting their right to privacy. The school, with the full support of Fort Bend ISD, will utilize every resource available to provide our community with counseling services as we safeguard their emotional wellbeing.

"We cannot offer any additional comments at this time as the incident is under investigation by the authorities."