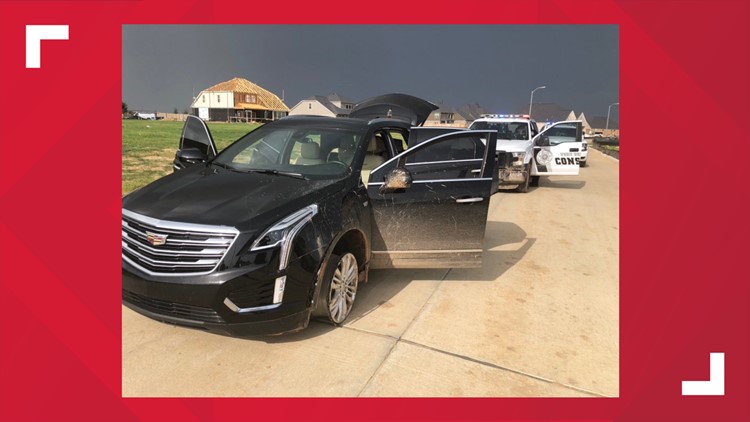 Photo by: Fort Bend County Pct. 3 Constable's Office
Four women were arrested after a chase in Katy. Deputies were responding to a fraud call at a bank when the women allegedly refused to stop.

KATY, Texas — Four women suspected of fraud at a bank in Katy were arrested Friday after a chase, according to the Fort Bend County Pct. 3 Constable's Office.

Deputies responded to a fraud in progress at the TDECU bank on Cinco Ranch Boulevard.

They saw the suspects and tried to make a traffic stop, but the driver kept going and the chase began, according to deputies.

The vehicle chase ended on Cross Creek Ranch Boulevard in Fulshear, where all four women then tried to run away, deputies said.

They were charged with evading arrest. It was not clear the nature of the alleged fraud at the bank.