10-year-old Clarence was found shot and abandoned in a small wire kennel in a Fort Bend County. 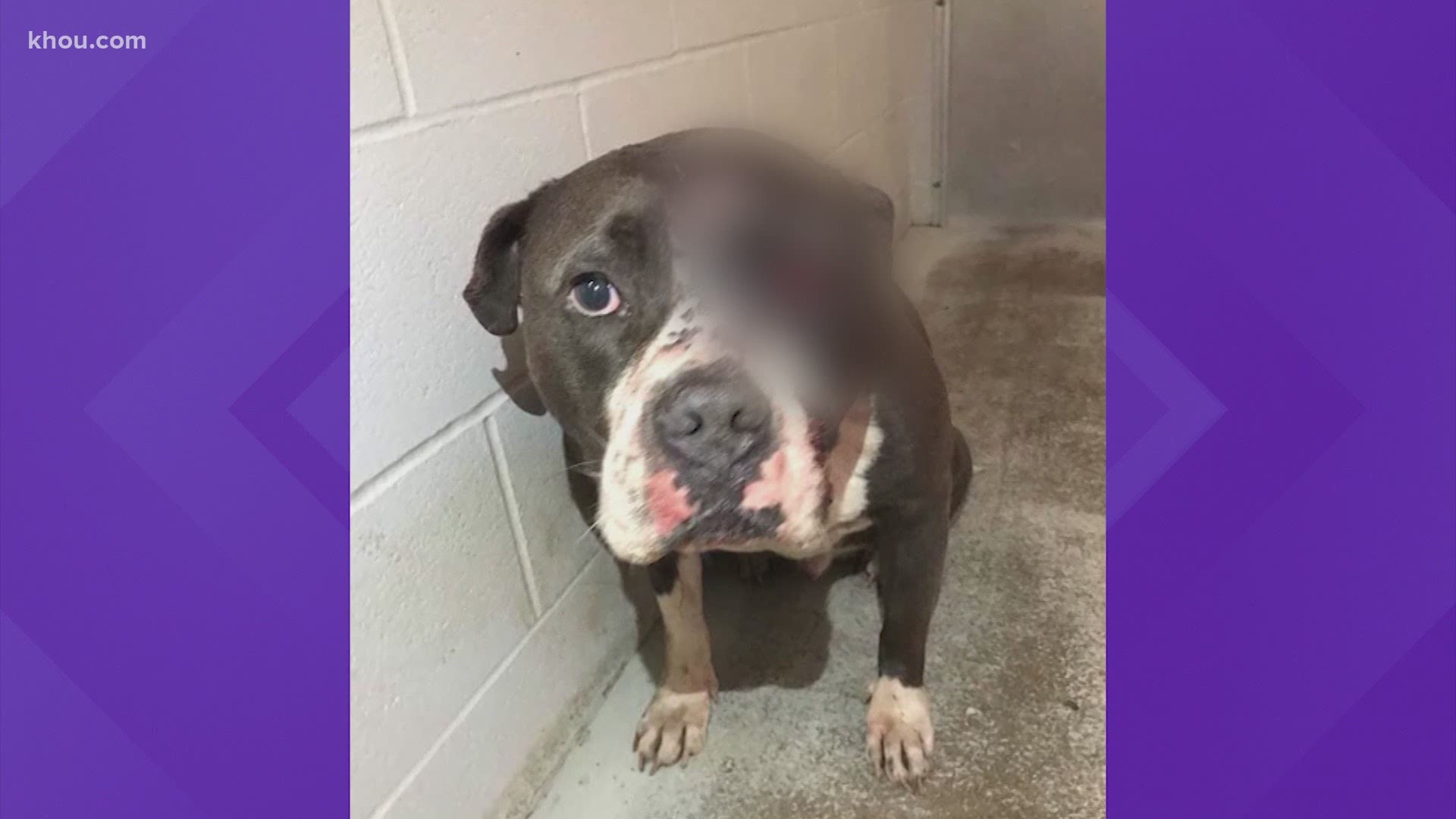 FORT BEND COUNTY, Texas — Fort Bend County arrested a man for shooting a dog in the face. This has been an investigation that has taken months.

The incident happened back in December 2019. Ten-year-old Clarence was found by a resident at a Fort Bend County park. The dog had been shot in the face with a pistol and was abandoned in a small wire kennel.

“Our animal services made it to the location and started care process for Clarence,” Pct. 3 Constable Wayne Thompson said.

An investigation immediately began by a special task force officer who only handles animal abuse cases.

“We will seek justice for Clarence and any other victim of animal cruelty,” District Attorney Brian Middleton said.

Officials in Fort Bend County hope that this sends a clear message.

“We are not going to tolerate any kind of cruelty to these animals,” said County Judge George.

Clarence did have multiple surgeries and will still suffer from infections in his sinus. But overall this happy dog will soon begin classes to become a therapy dog and help kids in his area.