Video shows one officer joking about a "drive-by tasing" before arresting a man for a crime he didn't commit. 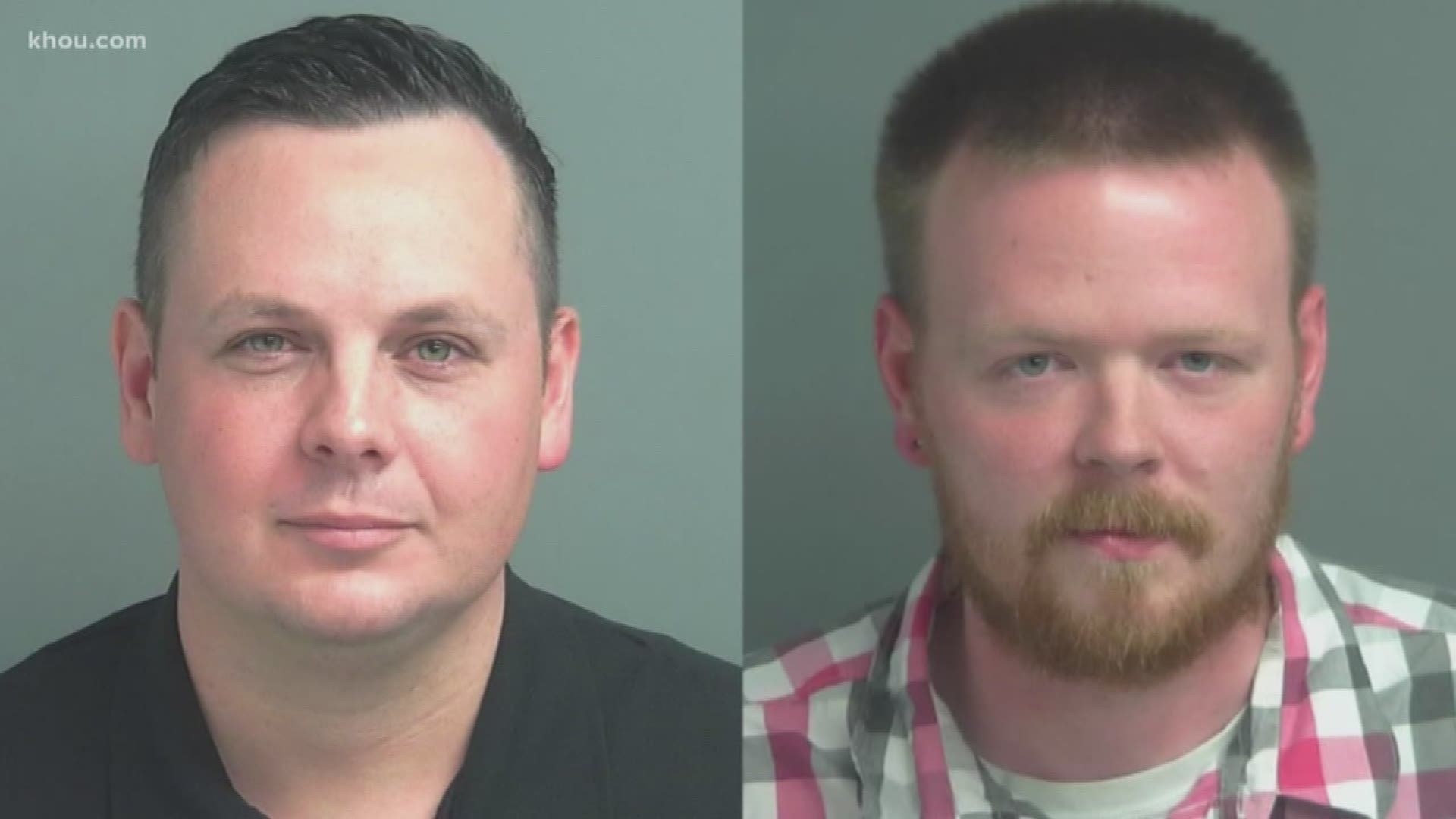 WILLIS, Texas — Two former Willis police officers were sentenced to a year in jail after lying about an arrest captured on bodycam video.

Kenneth Elmore and John McCaffery were each convicted of felony tampering with a government record.

The charges stemmed from a July 2017 arrest that began with a family dispute.

A relative who wasn't involved in the dispute was leaving the home when police learned he had outstanding warrants for three misdemeanors.

Bodycam video presented during the trial showed the man walking away as McCaffery joked about a “drive-by tasing.”

“Yeah, I’m not gonna chase him on foot, I don’t need to chase him. My car will chase him though,” another officer replied. “He’s pissing me off now.”

One of the officers followed the man and tased him from his patrol vehicle.

You can then hear one of the cops taunting the man with a string of profanities as he was face-down and being handcuffed.

The man was charged with evading arrest, but the charge was dropped a few months later because the bodycam video didn't match the cop's version of what happened. The prosecutor said the man was never told to stop or that he was under arrest.

The Texas Rangers launched an investigation, and Elmore and McCaffery were indicted in 2018.

“They attacked [the man], charged him with a crime he didn’t commit, and lied to cover it up,” Montgomery County District Attorney Brett Ligon said in a statement. “These defendants disregarded their oaths to protect, to serve and to tell the truth.”

The prosecutor said the one-year sentence was symbolic because that's what the man who was arrested would have received if convicted for the crime he didn't commit.