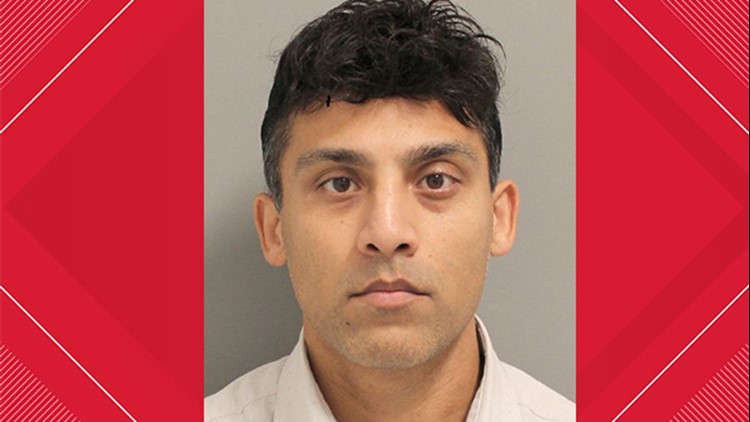 Photo by: HPD
Navid Ashraf, 41, is charged with sexual assault of a child.

HOUSTON — A Houston police officer charged with sexual assault of a child has resigned.

Navid Ashraf, 41, met the underage girl last September outside a hotel near Hobby Airport, according to court documents.

The girl later told investigators a sex trafficker brought her to Houston and put her up in the hotel a few days before she met the officer she called “Copper.”

She thought Ashraf was going to arrest her for prostitution. Instead, he took her to McDonald’s and Walgreens in his patrol car before he dropped her off at the hotel.

The teen said Ashraf called her later that night and said he wanted to come to her hotel room. The girl told investigators they had sex in her hotel room and Ashraf paid her $180.

A week later, the 16-year-old was arrested for prostitution in Las Vegas. She told police there that she had sex with a cop while she was in Houston. They confiscated her cell phone and found evidence that backed up her claim, including a photo of Ashraf at Hobby Airport where he was on-duty and text messages and phone calls from “Copper.”

Las Vegas police alerted HPD and they launched an investigation.

Ashraf was relieved of duty earlier this month pending the outcome of the investigation.