Jorge Luis Bastida, 23, pleaded guilty last month to one charge of sexual assault of a child under the age of 14 for having sex with a girl he met online. 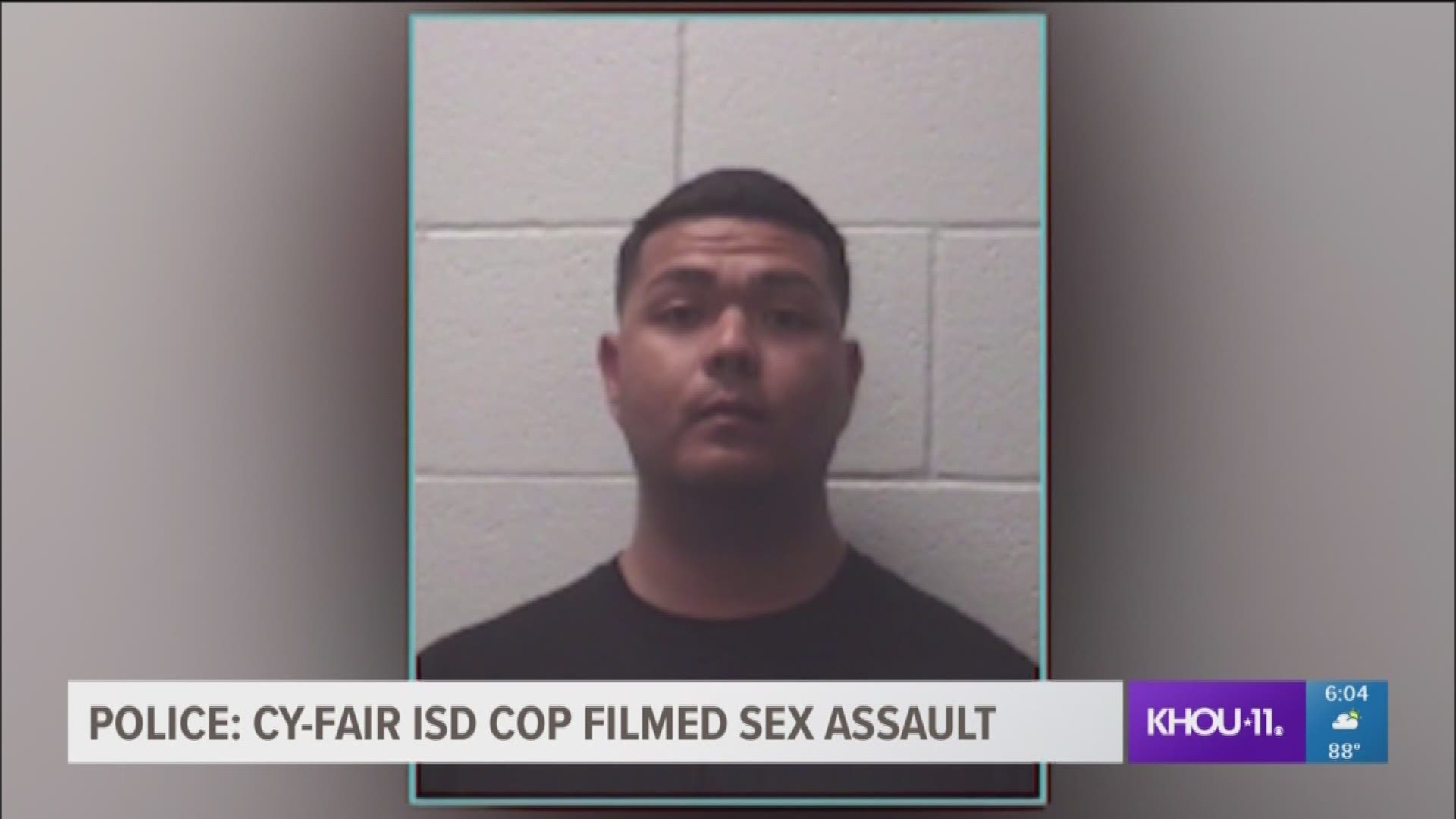 HARRIS COUNTY, Texas — EDITOR'S NOTE: The video above is from the October 2018 report of his arrest and details of the case.

A former Cypress-Fairbanks ISD police officer was sentenced Tuesday to 10 years in prison after pleading guilty to raping a 12-year-old girl from Deer Park last year.

Jorge Luis Bastida, 23, pleaded guilty last month to one charge of sexual assault of a child under the age of 14 for having sex with a girl he met online.

“He swore an oath to protect children,” Harris County District Attorney Kim Ogg said in a release Tuesday morning. “He promised to protect and serve one of our most vulnerable populations and instead, he exploited and violated a young girl. He stole her childhood.”

After Bastida met the girl on the “Meet Me” app, he sent an Uber to pick her up in Deer Park and take her to Cypress on Oct. 1, 2018. He then took her to a motel in the 10000 block of Huffmeister Road.

The next morning, the girl said, he gave her money for a candy bar before leaving the motel for work.

Credit: HCSO
Jorge Luis Bastida, 23, pleaded guilty last month to one charge of sexual assault of a child under the age of 14 for having sex with a girl he met online.

“We count on people to protect us and our children, especially at school, and something like this is an absolute abuse of that trust,” said Assist. District Attorney Kaitlin Kaufmann, who prosecuted the case. “He should be held to the exact same standard, if not a higher standard, as what he holds other people to on a daily basis.”

After the girl was reported missing, officers were able to search her iPad and found the dating site, and messages from someone named “Jay.”

Around 11:30 a.m. on the day after she disappeared, the girl called her mother from the motel. Police picked her up she told them about “Jay.”

She was transported to the hospital, where medical experts said her injuries were consistent with a sexual assault. They were later able to link the man’s profile to Bastida. Surveillance video at the motel also showed Batista and the girl walking to the room.

Bastida is expected to be sentenced in accordance with his plea deal in the 176th state district court.