The podcast True Crime Chronicles is exploring the 1999 murder of a teen lured to a fake Halloween party. 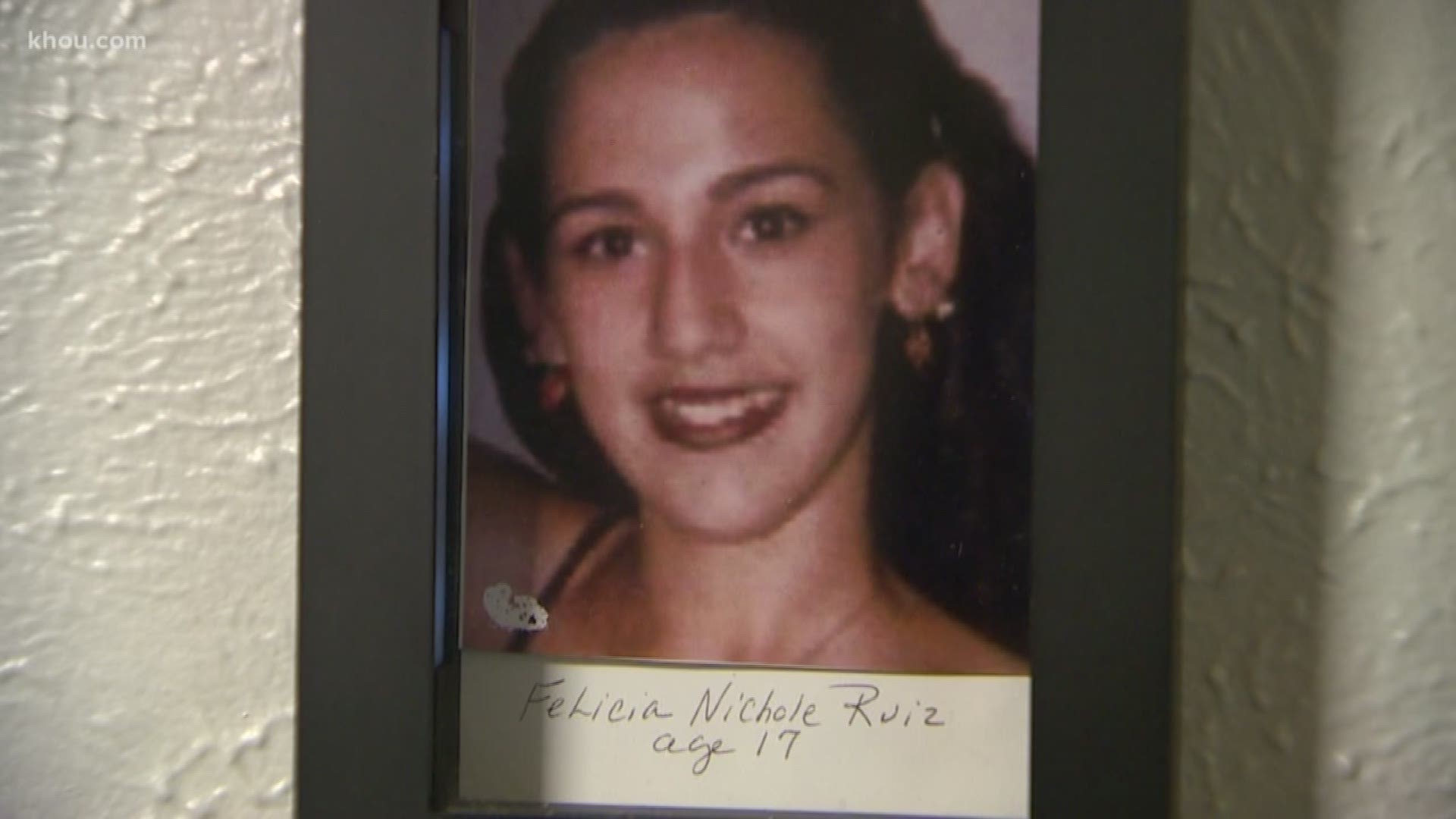 HOUSTON — Felicia Ruiz’s parents remember how eager their daughter was to go to a Halloween party with her friends.

“You could see she was kind of excited, she finally let it out. She says, ‘Dad, can I go to a party?’” said Lou Ruiz, her father.

Her parents hesitated, but eventually they gave in and let her go.

But by the end of the night, their 17-year-old daughter was left for dead in a field.

Ruiz, a high school senior, was lured to a fake Halloween party. According to investigators, she was killed by three other teenagers: Jesus Salazar, Lisa Huerta and Jay Ferrel.

Police said Salazar belonged to the Latin Kings — a street gang that Ruiz’s parents said were trying to recruit their daughter.

"She just flat told us they were trying to get her to join the Latin Kings," Carrie said.

While Salazar was dating Huerta, Carrie said, he had his sights set on Felicia.

“Lisa Huerta would not let it go. ‘If you love me, you'll prove it by killing her,’” Carrie said.

That’s when the couple devised a deadly plan that would fall under the guise of a Halloween party. There was no party — instead, it was a plot to kill. Salazar walked Felicia to a desolate field where the other two were lying in wait for her.

Police say that the three teens held Felicia down and stabbed her more than 20 times.

“That was a violent, violent murder. Nobody should have to die that way,” Carrie said.

Two of the teenagers were convicted for their parts of the crime; however, one remains at large.

This week on the VAULT Studios podcast True Crime Chronicles, KHOU investigative reporter and host of “Missing Pieces” Grace White discusses the complications to this case that spans into another country, while Felicia’s parents talk about continuing to pursue justice for their daughter 20 years later.

“He's going to get caught, so he better start looking over his shoulder because justice is coming,” her father vowed.

It’s a promise Carrie made to her daughter.

“The last thing we told her before they closed the casket… I bent over and kissed her and said, ‘Mami, we are gonna get all these people that hurt you,’” Carrie said.

You can download and subscribe to True Crime Chronicles on any podcast platform, including Google Play, Spotify, Stitcher and Apple Podcasts.

You also can listen to the True Crime Chronicles episode on Felicia Ruiz beginning Monday in the player below.