FBI arrests 4 people across Texas connected to US Capitol riot

Special agents say they are still investigating a number of leads. 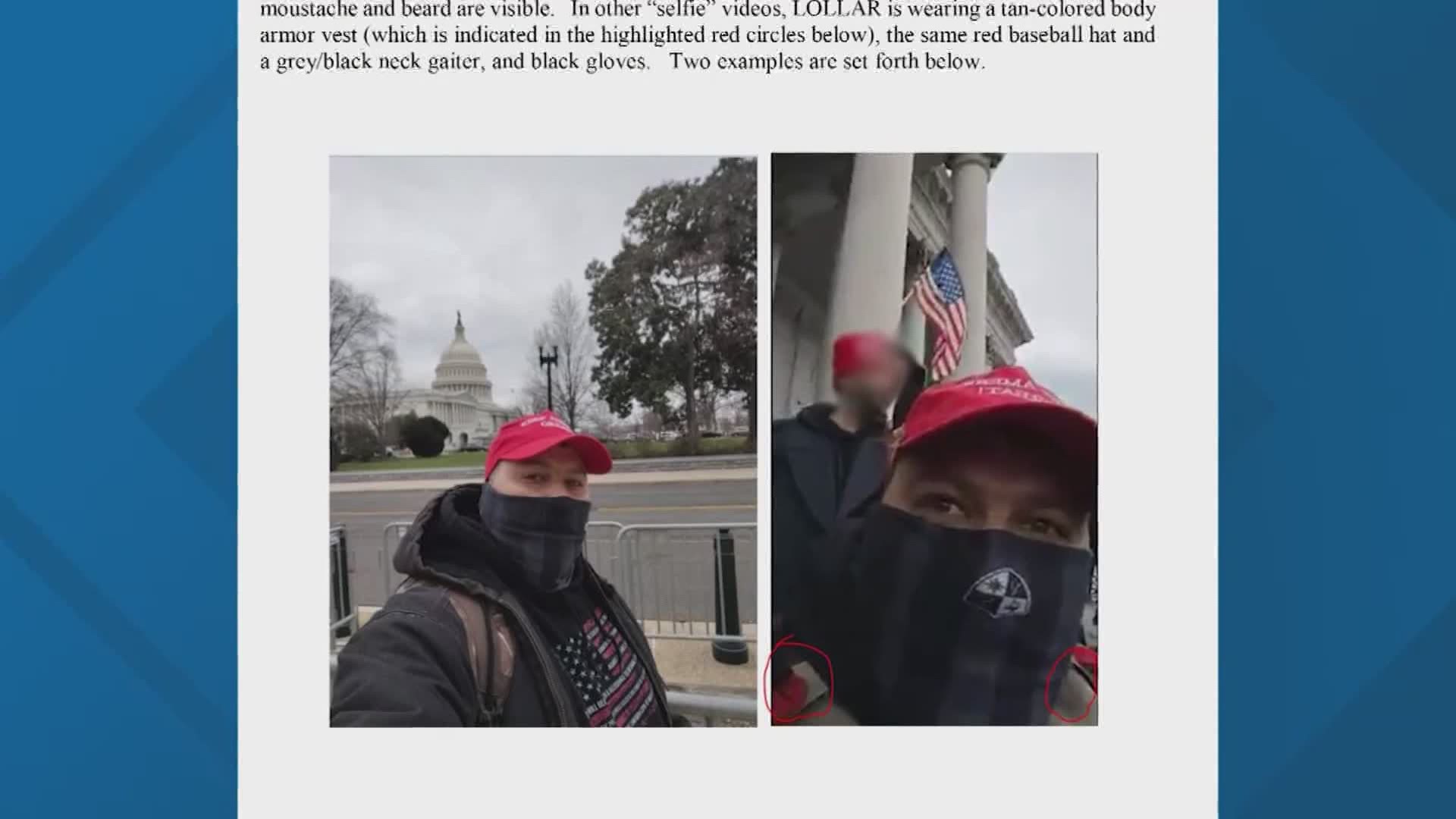 HOUSTON — The FBI announced four arrests Friday of people across Texas who participated in the riot at the U.S. Capitol. Still, special agents say they are still investigating a number of leads.

Three hours after rioters stormed the Capitol, the FBI got a tip call on Joshua Lollar, 39. According to federal court documents, Lollar was bragging about it, posting a photo with the caption “Busting In.”

Those who know him personally and a law enforcement source tell KHOU 11 Lollar is a veteran who joined the army after Sept. 11, 2001. The Army confirmed Lollar served as an infantryman from January 2002 to November 2009 and completed one combat deployment to Iraq from March 2003 to March 2004.

"The Army does not tolerate racism, extremism, or hatred in our ranks and is committed to working closely with the F.B.I. as they identify people who participated in the violent attack on the Capitol to determine if the individuals have any connection to the Army," The Army said in a statement.

Friday, he appeared before a judge saying he hadn’t had a job in the last year and only had 78 cents in his bank account.

“It’s been noted there were a lot of Texas flags or other symbols associated with Texas in the video that’s been wildly seen," said Matthew Desarno, FBI Special Agent In Charge.

In Dallas, the FBI announced the arrest of three other Texans involved and said there are many more investigations open across the state.

“My office is handling what I consider to be a large number of leads related to the incident. Some of the other Texas FBI offices are also doing the same," Desarno said.

One of the arrested in the Dallas area is conservative radio talk show host Jenna Ryan. She released a statement saying she does not condone the violence, but the FBI says she tweeted just hours after the breach saying, "We just stormed the capital. It was one of the best days of my life."

In the Houston area, investigators say one of Lollar’s relatives tried to get him to delete his posts, saying, “You need to clean off your page" and “Please get off Facebook or delete you in the Capitol.”

Prosecutors asked the judge to keep Lollar in custody. They say he has a history of psych issues and has guns that he refused to go into detail about.

Lollar asked for a public defender and will get the chance to defend those claims in court next Tuesday.