Paul Castro said his son, David Castro, "was one of the good guys." 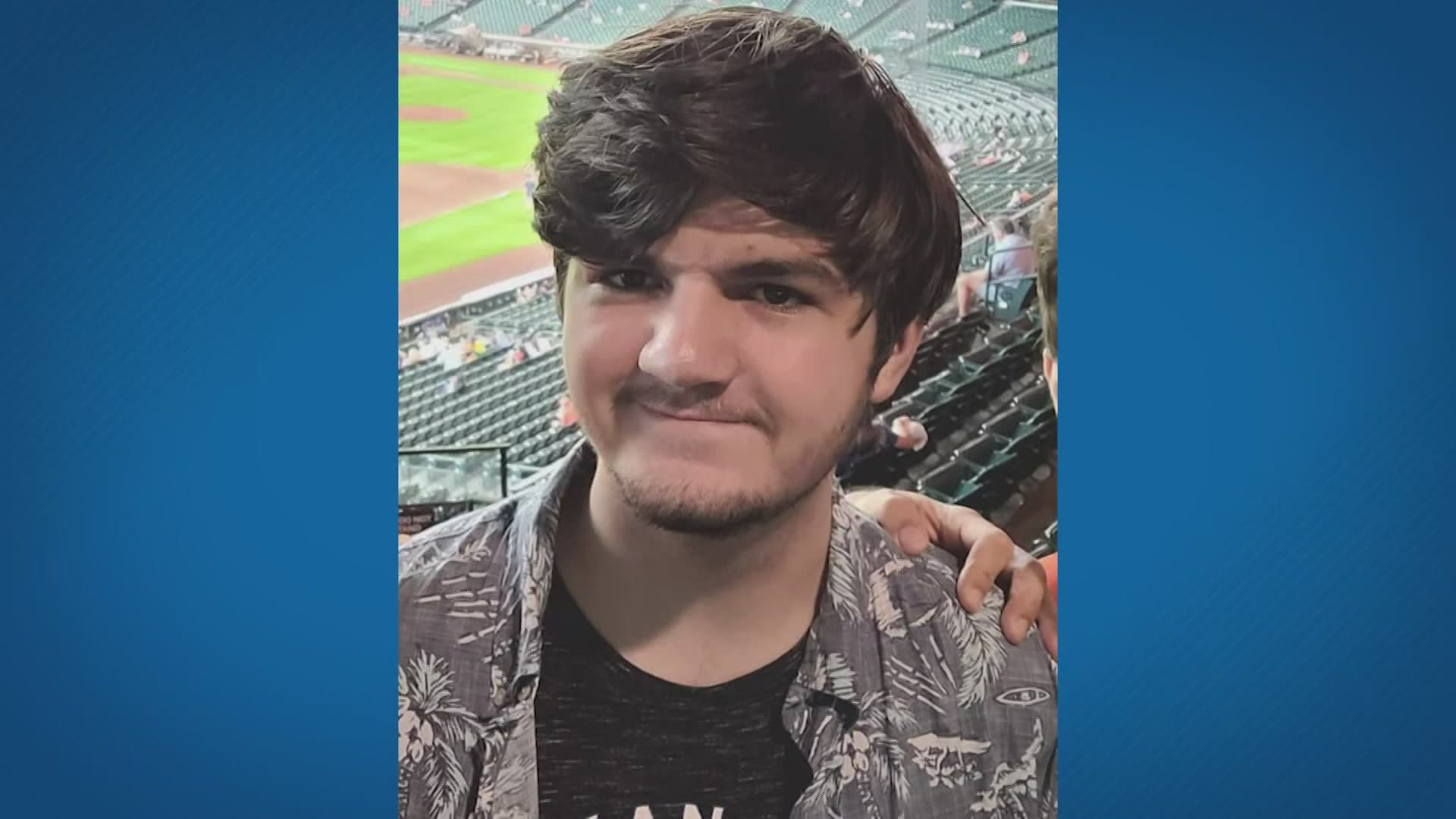 HOUSTON — The father of a teenager who was shot as he was leaving an Astros game Tuesday night said the world lost a soul that “would have added to our world and made it better.”

David Castro is on life support at Hermann Memorial Hospital, according to the last update from the Houston Police Department.

According to police, Paul Castro was blocks away from the ballpark, on Chartres Street, when he and the driver of a white Buick sedan exchanged hand gestures.

Police said the suspect followed Paul Castro and his sons onto I-10 East and then McCarty Street, before opening fire on Castro’s truck.

Out of the three people in the truck, 17-year-old David Castro was the only one struck.

“David was one of the good guys,” Paul Castro said. “He was set to be a National Merit Semifinalist. He loved percussion and was planning on playing in band in college.”

“He didn’t deserve to get shot,” Paul Castro said. “He is innocent. There are no words to convey the deep pain our family feels.”

“He was such a gentle person,” Paul Castro said. “He befriended kids who didn’t fit in, like himself. He was a nerd who embraced being goofy. He would have added to our world and made it better. Instead, the world took him too early, in a senseless and meaningless way.”

Police are searching for the suspect and released an image from video surveillance showing the white Buick the suspect was driving.

“I hope his killer reads this and understands that he may have killed the future man who could’ve made the world better for his own kids," Paul Castro said.

Paul Castro said his son would have wanted charitable donations to be made to the Westside High School Wolf Band. You can donate by clicking here. You can also make donations here.