HPD: Father shot and killed in front of daughter after leaving Dave & Buster’s

Police said the daughter witnessed the entire thing but was not physically hurt. Anyone with information should call Houston Crime Stoppers at 713-222-TIPS. 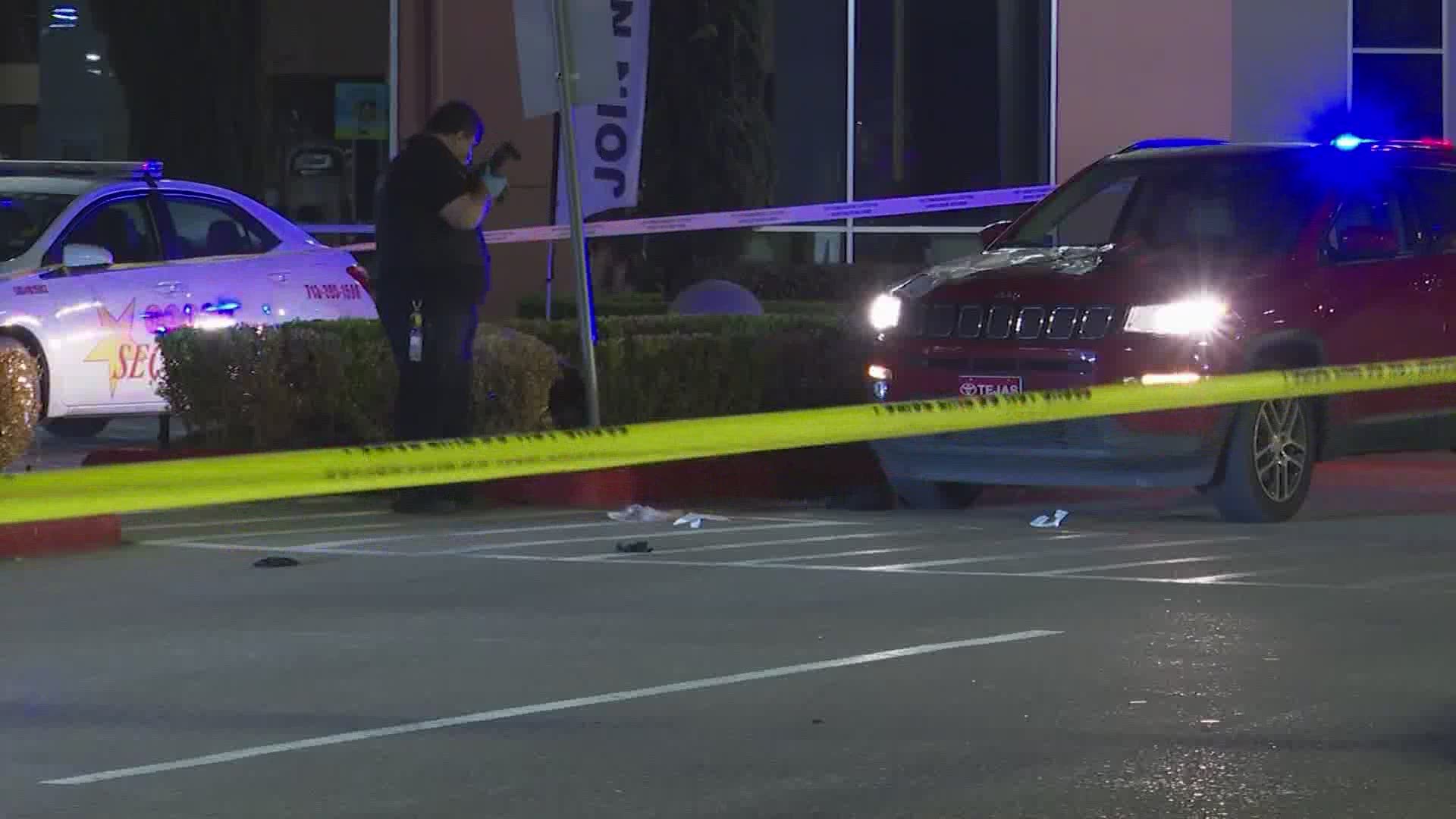 HOUSTON — Houston police are looking for the suspects involved in a robbery that led to a deadly shooting outside a Dave & Buster’s on Sunday night.

The shooting happened around 10 p.m. at the Marq’E Entertainment Center along the Katy Freeway, according to Detective Jason Escobar with the Houston Police Department.

Officers said a man and his family had been inside the Dave & Buster’s for several hours, and he was later shot while next to his Cadillac SUV in the parking lot. Police said the victim’s juvenile daughter witnessed the whole thing.

The dad ran for help after he was shot, and he was taken to the hospital where he later died. The daughter was not hurt.

Police said it was a tragic end to a family outting.

"They arrived here several hours before the shooting occurred, and it was pretty much a night out with family, and unfortunately it ended up turning into something more," said Detective Escobar.

Police are now reviewing surveillance in the area. Currently, a description of the suspect or suspects has not been released.

Anyone with any information is asked to call HPD Homicide or Houston Crime Stoppers at 713-222-TIPS.

Homicide: Officers are investigating a shooting scene at 7600 Katy Freeway. There is one confirmed. #hounews CC50