Deputies responded early Wednesday morning and found one man dead inside The Stadium sports bar with dozens of shell casings in the parking lot. 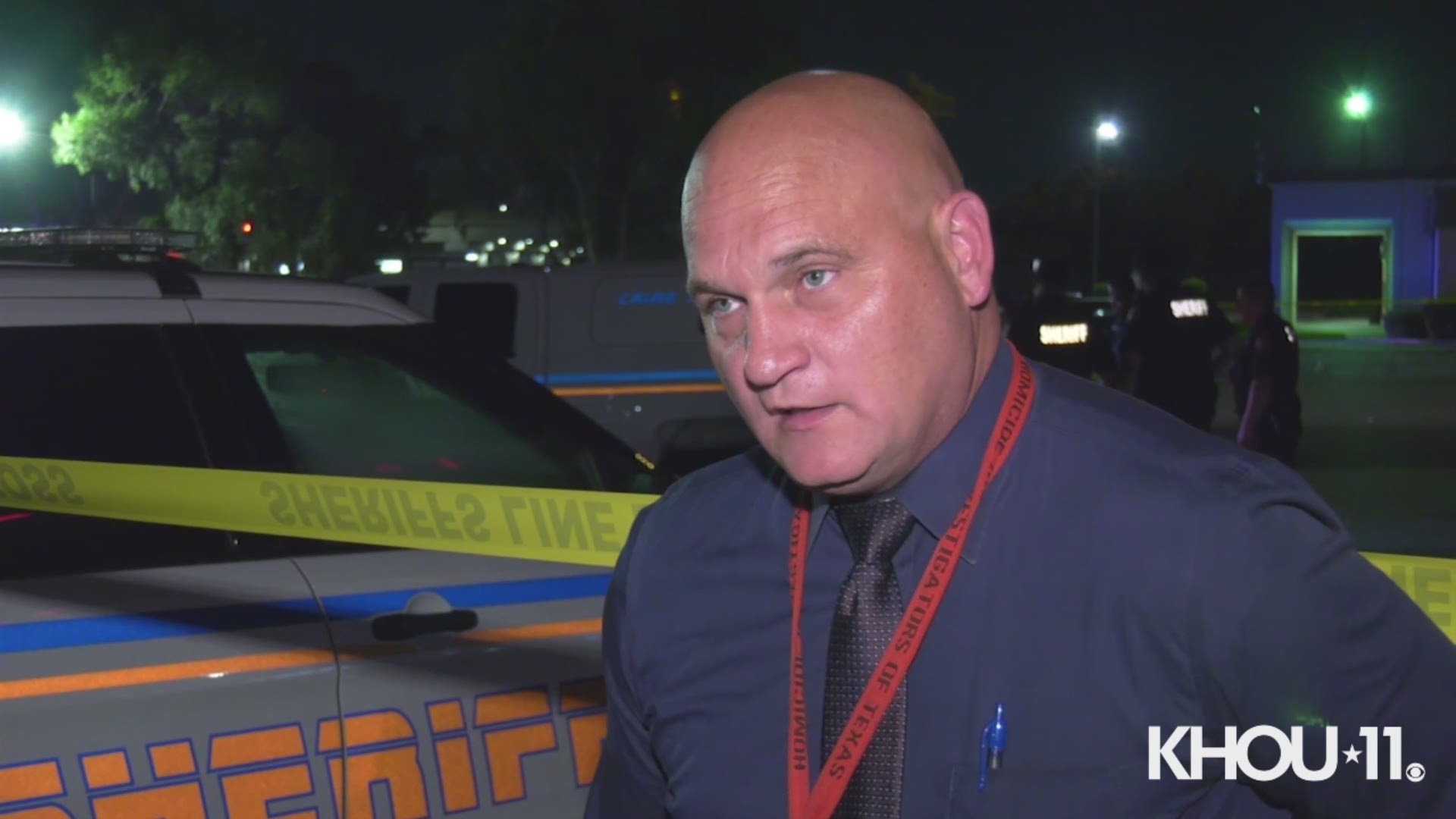 About 80 to 100 shots were fired around midnight outside The Stadium sports bar in the 1400 block of Spring Cypress Road.

Deputies responded and found a man dead inside the bar, according to HCSO. They believe he was shot in the parking lot, and then stumbled inside where he died.

Two others were treated at area hospitals for gunshot wounds and one of them is in critical condition.

Investigators with the sheriff's office later revealed the shootout was "between two Outlaw Motorcycle Gangs."

They're not sure how many people were involved.

Credit: OnScene
Investigators said they found several shell casings in the parking lot but aren't sure how many people were shooting or how many were hit.

"Eighty to one-hundred bullets were fired during the incident. The investigation is ongoing," HCSO stated in a brief press release.

Investigators are also reviewing surveillance video from inside and outside of the bar to see if anything was caught on camera.

It is early in the investigation so deputies have not identified motives, specific suspects or announced any arrests in the case.