Police said three people were shot, one of them fatally. 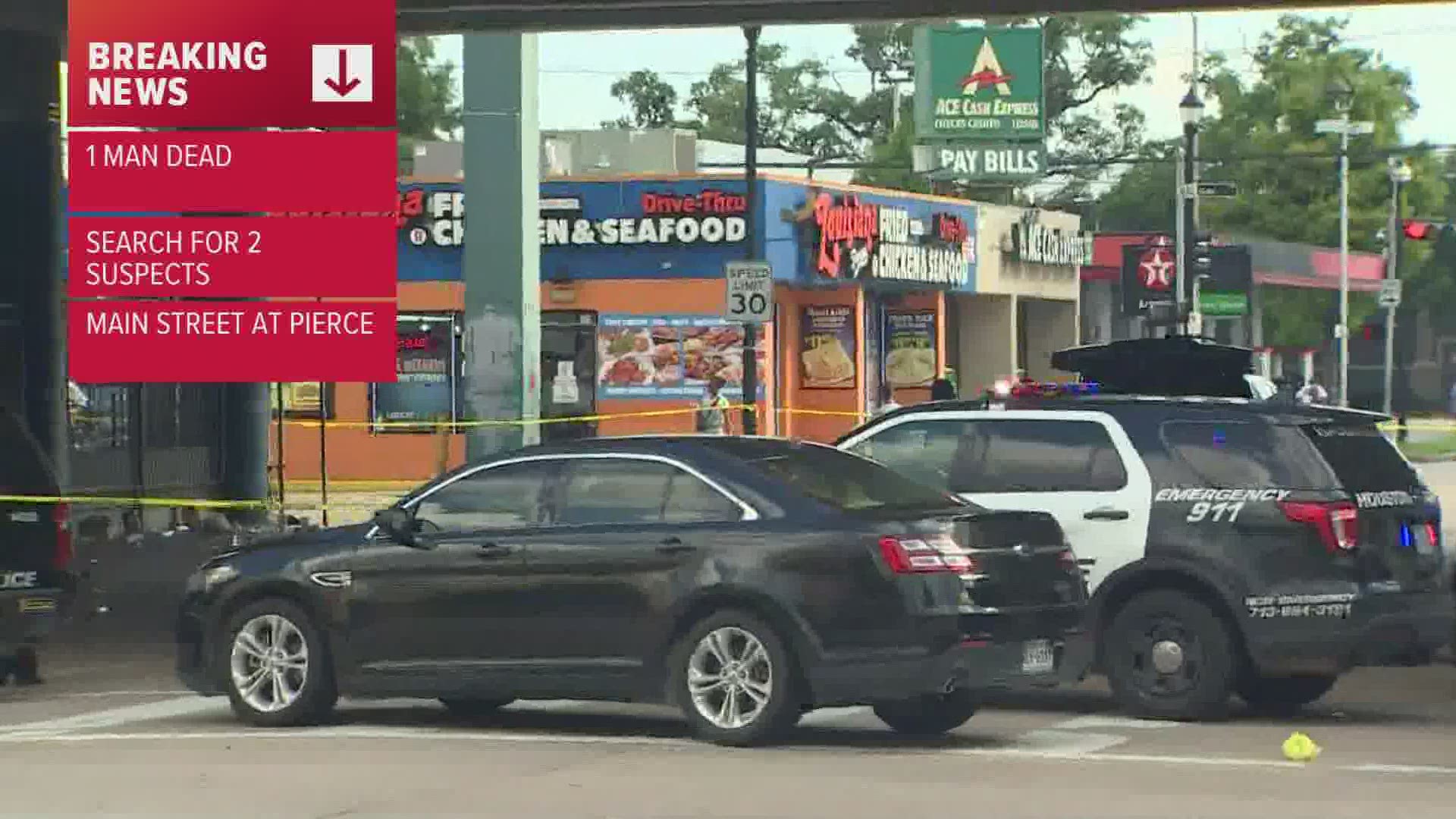 HOUSTON — Police are investigating a shooting that left one person dead and two others injured Saturday afternoon in downtown Houston.

Houston police officers responded to the scene around 2:45 p.m. Saturday in the 1900 block of Main Street near Pierce Street. Police said three people were shot, one of them fatally. Of the two injured, Chief Troy Finner said one was a woman shot in the abdomen, and the other was a man shot in the leg.

Police said two suspects were involved: one in a vehicle and one on a bike. According to HPD, the two suspects began shooting at each other, and the three victims were caught in the crossfire.

"It's just sad that people don't take other people's life into consideration," Chief Troy Finner said at a news conference following the shooting.

Chief Finner said investigators will review surveillance footage in the area. He said anyone with information on this case is urged to contact HPD.

The fatal shooting comes on the heels of a summit last week in which Chief Finner invited various law enforcement agencies to work together on tackling the rise of violent crime in Houston.

"This is not going to fix itself overnight," Chief Finner said Saturday of the rise in violent crime. "We have to move forward as a city...We've got to open those courts up. We’ve had very good meetings with some officials with Harris County. They're opening up the court system, and as you see them open up, we're going to have more trials, and we're going to be able to put more violent criminals in jail."