The victim's boyfriend claims he was in an altercation with a stranger at a convenience store moments before the shooting occurred on Richmond Avenue, HPD said. 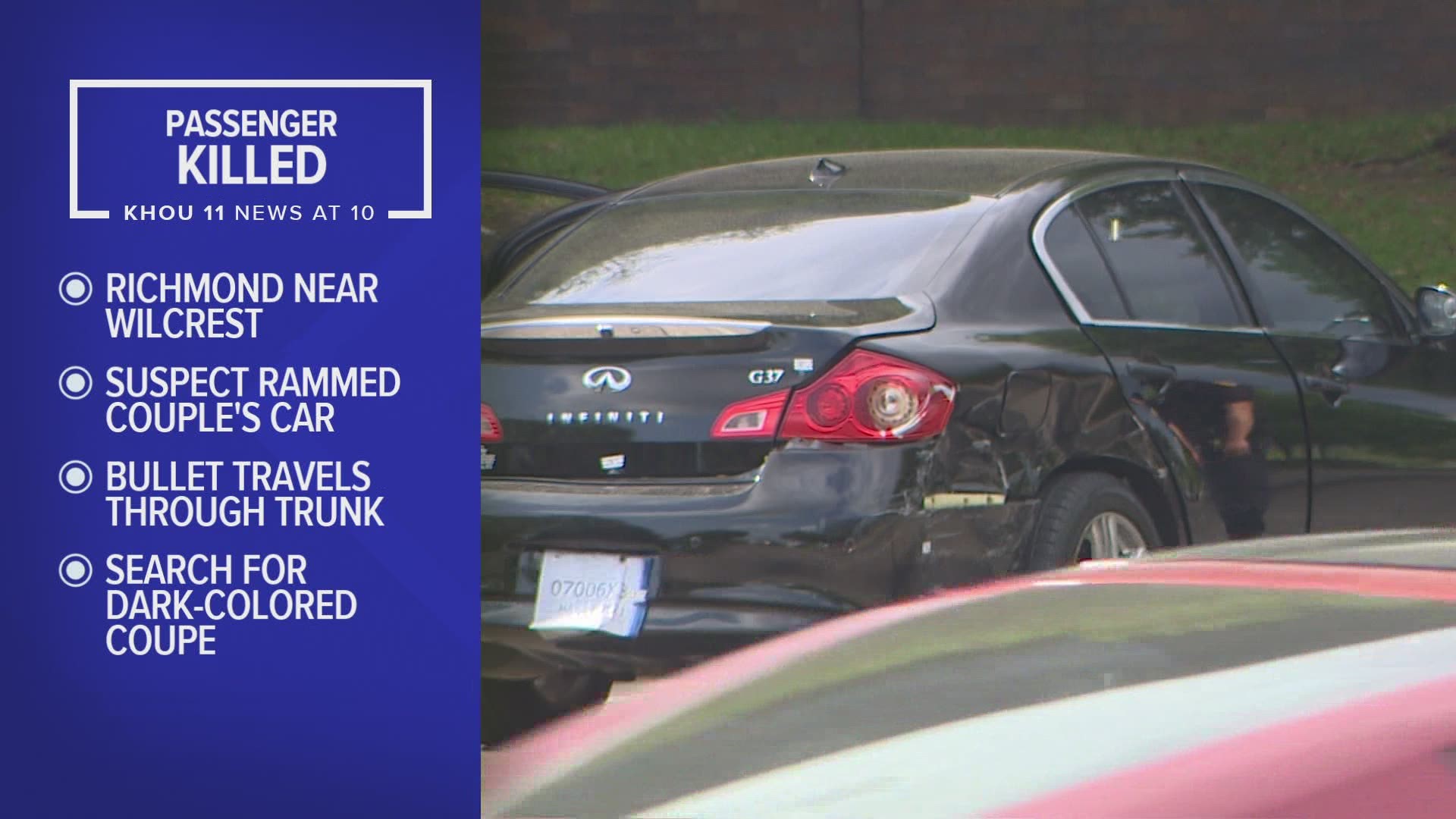 Investigators have identified the victim as Brianna Navarro, 22. She was killed in a possible drive-by shooting at 1:10 p.m. Sunday in the 11200 block of Richmond Avenue.

The victim’s boyfriend claims he had an altercation with a stranger at a convenience store shortly before the incident, according to police. Investigators said the couple, who had a small child with them, then drove away.

HPD reported a person in a dark-colored coupe opened fire on the couple’s car; one bullet pierced through the trunk of the vehicle. Navarro, who was sitting in the front passenger seat, was reportedly shot in the back.

Investigators said paramedics, who were in the area, quickly came to the victim’s aid. They were able to pull Navarro from the vehicle and place her on the sidewalk, but according to police, she had already passed away.

Navarro was six months pregnant, according to officials.

Her boyfriend and the child were not injured, police said. HPD said the boyfriend is cooperating with the investigation.

A GoFundMe campaign has been started to help the victim's family pay for funeral expenses. As of Monday, it has raised more than $5,100 toward its $10,000 goal. Click here to donate.

According to the organizer, who identified themselves as the victim's cousin, the child in the car was Navarro's 2-year-old son.