What started as a crash scene quickly turned into a homicide investigation Friday when officers noticed the victim had been shot in the back of his head. 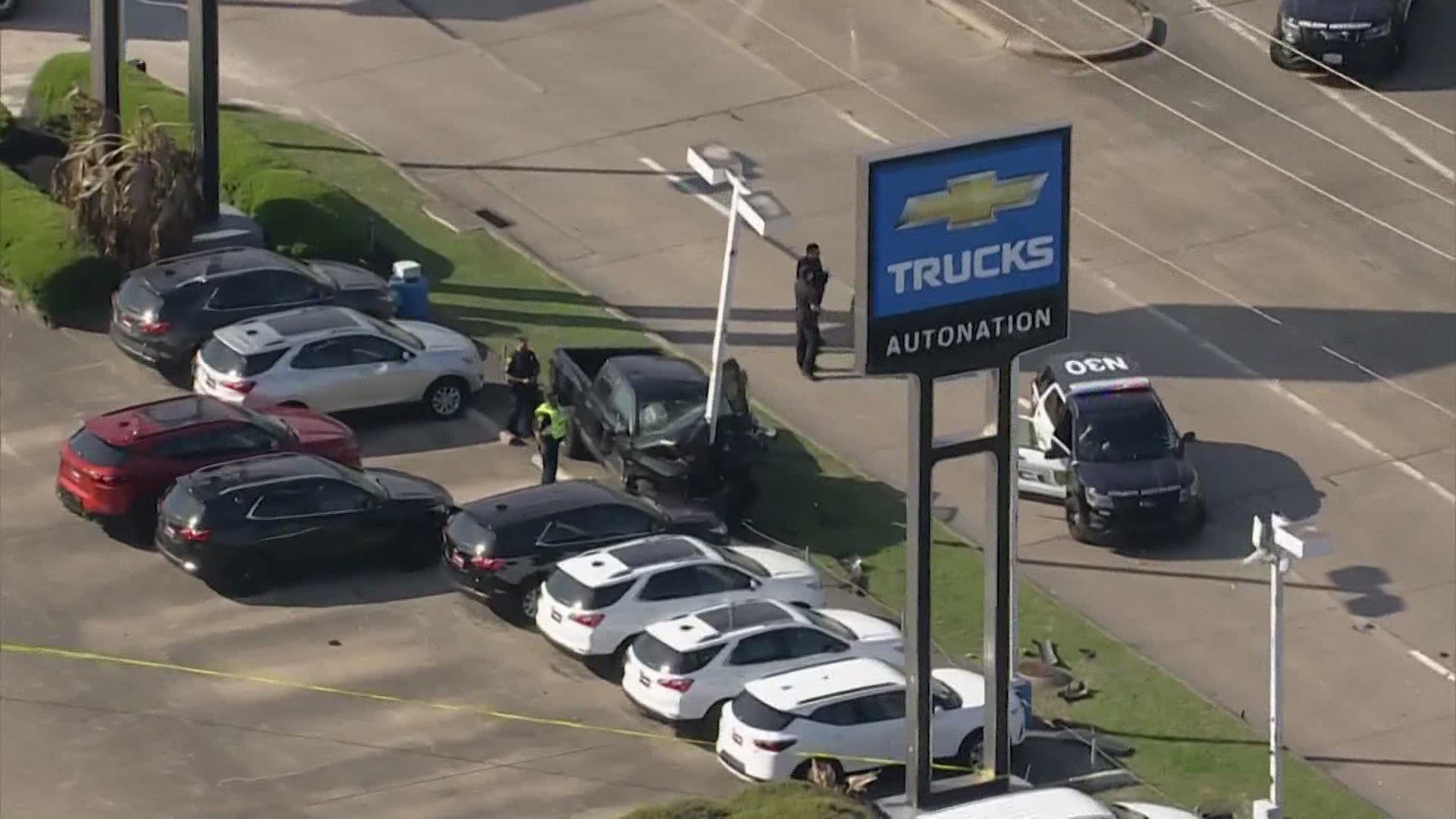 HOUSTON — The driver who crashed into a pole on the Gulf Freeway may have been the victim of a road rage homicide, Houston police say.

The pickup driver lost control on the feeder road near an Auto Nation dealership late Friday afternoon and crashed into a pole. He died at the scene.

While investigating the crash in Clear Lake, police noticed the victim had been shot in the back of the head.

From Air 11, it appeared his rear window had been blown out.

HPD homicide detectives were called to the scene and they believe it may be a case of road rage.

The crash happened at 13800 Gulf Freeway near Scarsdale around 4:30 p.m. If you saw anything, please call the police.