The family of Eduardo Tovias wants to know why the repeat DWI offender charged in his death was allowed to drive. 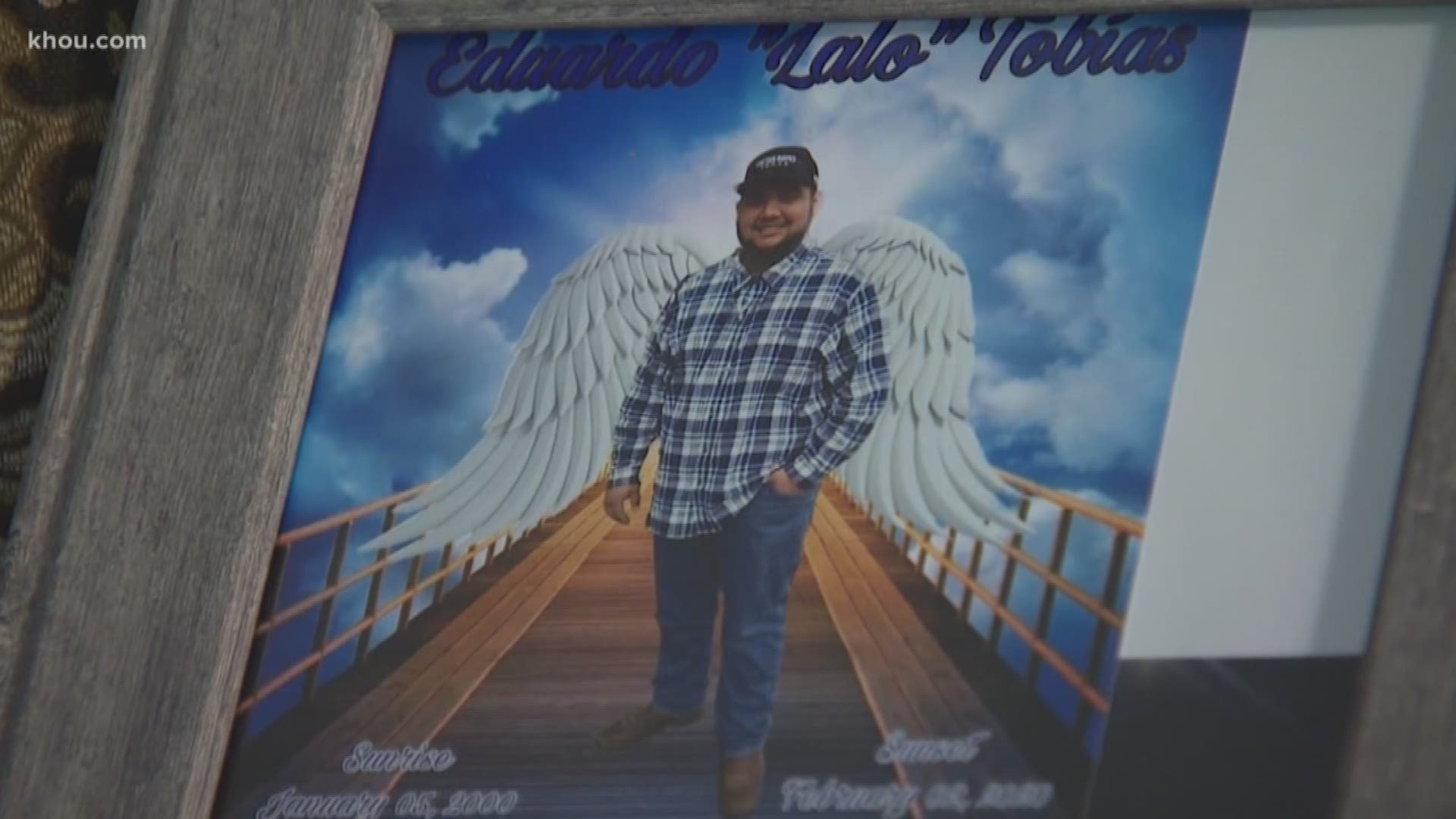 HARRIS COUNTY, Texas — A man with prior driving while intoxicated convictions on his record is charged with felony murder after a deadly crash in northwest Harris County, the sheriff's office said.

Eduardo "Lalo" Tovias, 20, was an innocent driver who died in the crash. On Thursday, his family questioned why the suspect was allowed to be driving at all, considering his prior DWI convictions.

The crash happened before 8 p.m. Sunday on Bammel North Houston at Champion Forest.

Deputies believe Jeffery Davis, 57, was driving a gray pickup truck while intoxicated when he made a left turn, causing him to hit Tovias who was driving a black pickup head-on.

The suspect was taken to the hospital for his injuries but was eventually booked into the Harris County Jail.

“We are all mad, you know? Why is he still out there driving?” asked Hector Gonzalez, the victim's uncle. “And then, like always, the drunk driver is alive and the other person, the innocent person, is the one that passes away.”

Tovias has just turned 20 years old. His family said he was an all around good person with a great smile.

"Full of joy, always happy. Young kid...had his whole life in front of him," Gonzalez said.

Tovias was the oldest of four children. Gonzalez said on Sunday night, Tovias was driving to pick up his girlfriend before meeting his family for go carting when he was hit and killed.

Davis showed signs of impairment after Sunday night's crash and was found to be under the influence of alcohol, the sheriff later tweeted.

Records show on top of DWI convictions in 1995, 1997 and 2014, Davis has also previously been arrested for other criminal charges, including assault on a family member.

Because of his prior DWI offenses, he is facing a felony murder charge for the fatal crash.

Sean Teare, chief of the Vehicular Crimes Division in Harris County, said Sunday night the district attorney's office would be looking to find where the suspect bought alcohol or find where he was possibly over-served.

"What we have here is somebody who has been convicted three times before of DWI, continues to do it," Teare said. "And this always the final outcome. When people continue to do this, we have these tragedies. At the end of the day, this person is facing a minimum of five (years) to maximum of life in prison."

"Our condolences go out to the victim’s family. Drunk driving is more than bad-decision making, it is a criminal act that often results in unnecessary loss of life. It happens way too often," the sheriff tweeted.

There will be a vigil for Tovias at 6 p.m. Friday at the intersection where he was killed. A GoFundMe account has been created to help pay for funeral expenses.