Houston police are looking for three suspects in connection to this robbery. All three were armed with guns, according to investigators. 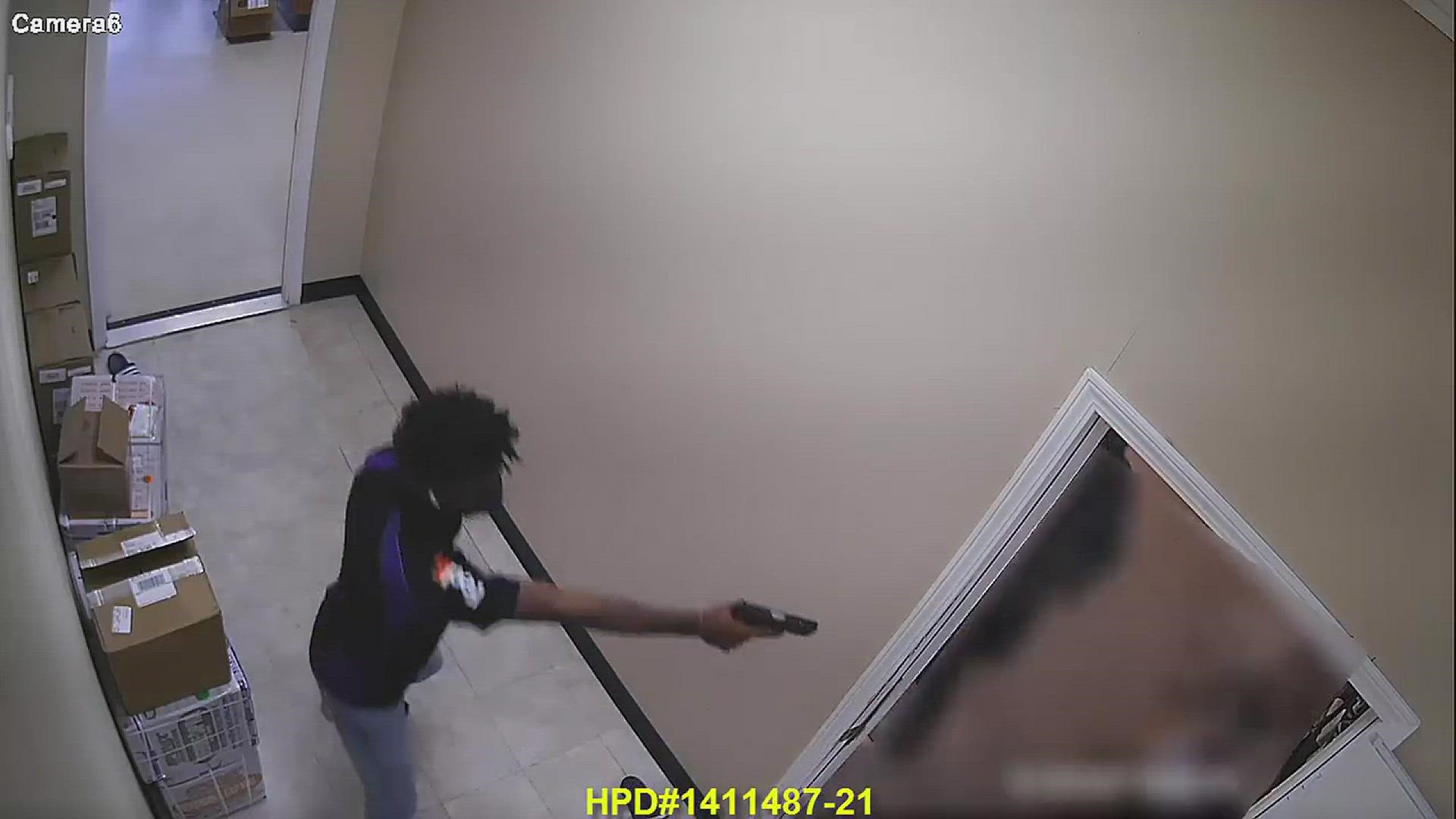 HOUSTON — Houston police are looking for a suspect who posed as a delivery driver to rob a pharmacy in the Alief area.

This robbery happened on Oct. 19 in the 12000 block of Bissonnet, and it was all caught on camera.

Surveillance video is in the player above.

Houston police said an employee working at the pharmacy encountered a man carrying a box. The employee reportedly wasn't expecting any deliveries, but took the box and quickly realized it was empty.

According to police, the suspect told the employee that he must have left the rest of the delivery in the truck and asked the employee to follow him. That's when the suspect called two other men into the store, pulled out a gun and demanded money and prescription drugs, police said.

Surveillance video captured the employee lying on the ground while the fake delivery driver kept a gun pointed at him. One of the suspects was even seen hitting the employee in the back of the head.

Armed suspects wanted after posing as a delivery driver and then robbing a pharmacy on Oct. 19 at the 12600 block of Bissonnet. If you recognize the suspects, call @CrimeStopHOU at 713-222-8477. See full story at https://t.co/eJba6a65Qx @houstonpolice @ATFHou pic.twitter.com/3oV4npszMf

All three men made their way to the back counter area and removed a large amount of prescription medicine, according to police.

The suspects got away and police need your help identifying them.

Suspect #1 is described as: Black man, 20-25 years of age with short dreadlocks. He is about 5 feet 10 inches tall. and weighs between 150 to170 pounds. He was wearing a black FedEx uniform shirt, blue skinny jeans, and high top black Jordan sneakers at the time of the robbery and was armed with a handgun.

Suspect #2 is described as: Black man, 20-25 years of age. He is about 5 feet 9 inches tall and weighs between170 to 200 pounds. He was wearing a black hooded sweatshirt, black sweat pants, and black sneakers at the time of the robbery and was armed with a handgun.

Suspect #3 is described as: Black man, 20-25 years of age. He is about 6 feet tall and weighs between 160 to 190 pounds. He was wearing a black hooded sweat shirt, grey sweat pants, white sneakers, an orange glove on his right hand, and a grey glove on his left hand at the time of his robbery. He also wore a sweatshirt that had "Reach for the Stars" on the back. He was armed with a handgun.

Anyone with information on this robbery or these suspects is urged to call Crime Stoppers at 713-222-8477.