Call Houston Crime Stoppers at 713-222-TIPS if you have any information that could lead to an arrest. 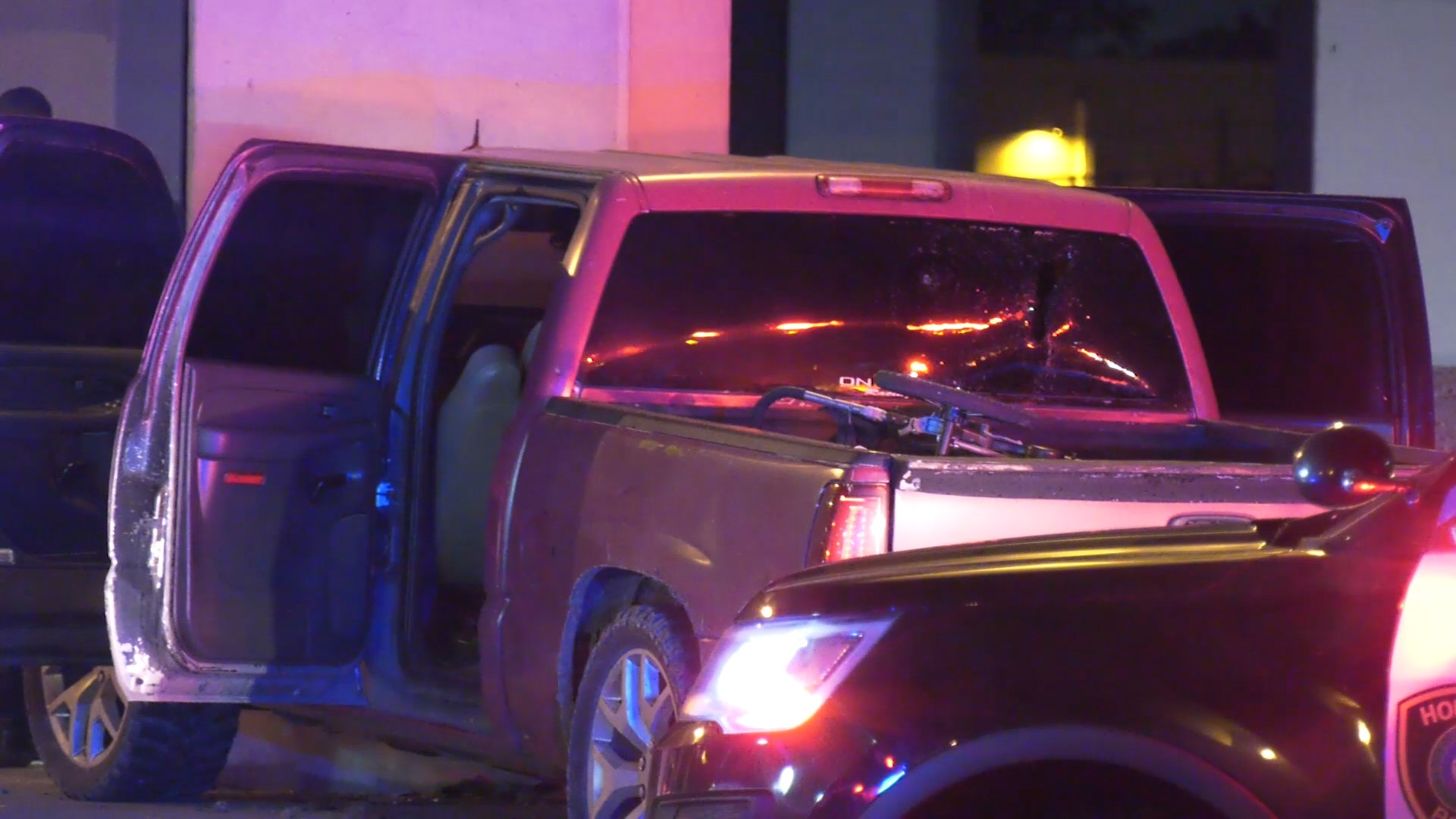 HOUSTON — Houston police are looking for the shooter who opened fire on a family along the Eastex Freeway late Sunday.

The family said they were at the red light at Parker when a sedan pulled up. A suspect with a weapon got out and took aim at the family’s pickup.

The driver of the pickup tried to drive around the suspect, and that’s when the shots rang out.

The driver, later identified as 19-year-old Luis Balthazar, was shot in the head and crashed. His girlfriend and child in the vehicle were not wounded.

The suspect fled the scene, and the father was taken to the hospital by ambulance to undergo surgery.

A detailed description of the suspect was not immediately released.