HPD: Young sons steer car off I-10 after father shot in head while driving

Houston police said they are unsure if this was a road rage incident, but an investigation is ongoing. 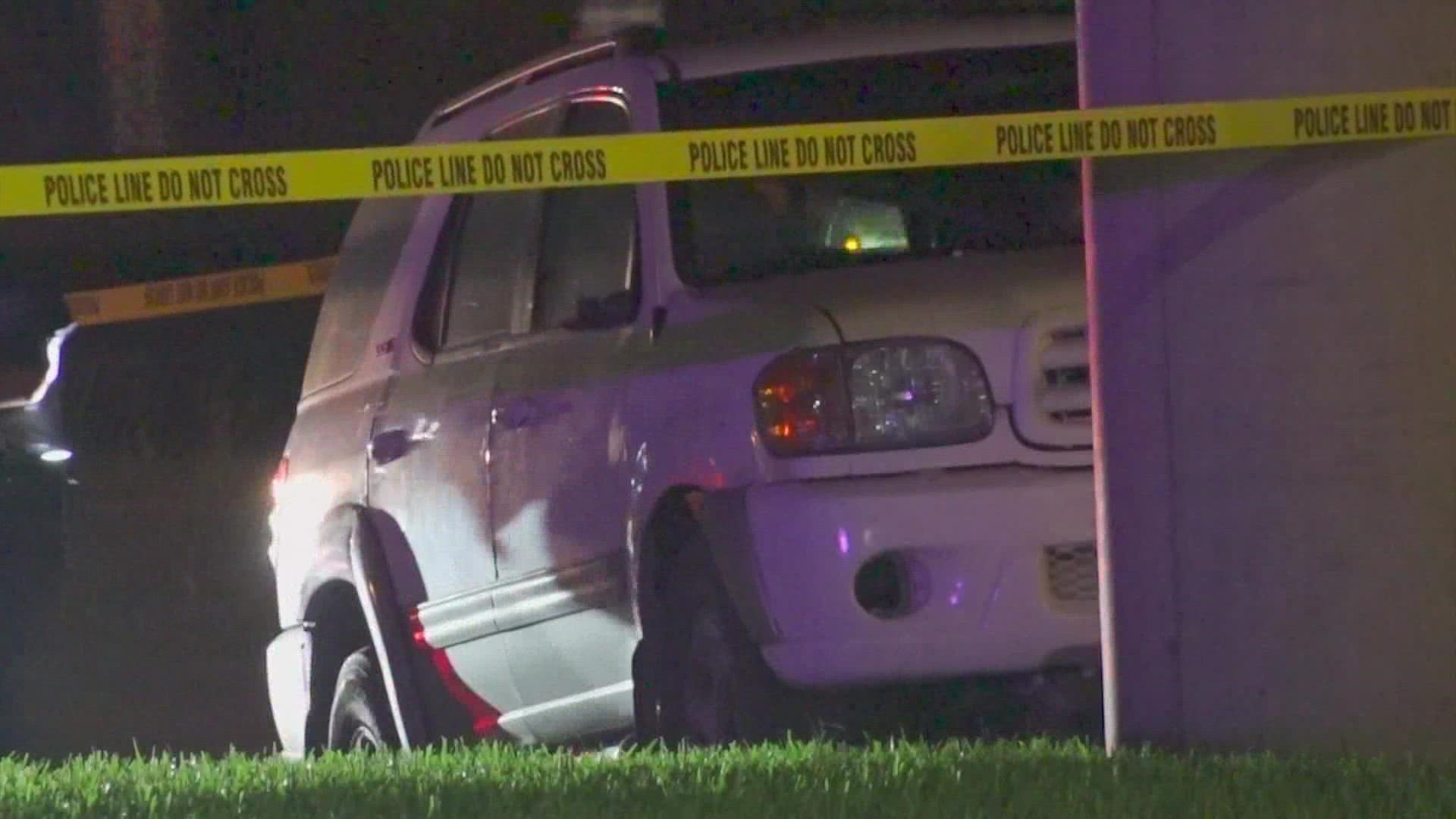 HOUSTON — A 29-year-old father died after being shot in the head while driving on I-10 East Friday night.

His two young boys, ages 8 and 6, were in the SUV when the shooting happened and were able to steer the vehicle off the freeway while their dad was slumped over in the driver's seat, according to the Houston Police Department.

This happened at about 10:40 p.m. on the East Freeway, about a couple of blocks away from the Holland Street exit.

Houston police said the father was driving a Toyota Sequoia eastbound on the freeway when a bullet came flying through his SUV. The young boys thought someone threw a rock at their vehicle, police reported.

Raw sound from Houston police about this incident:

The boys were able to guide their dad's SUV off the freeway to a strip center parking lot on Holland Street and ran for help. A woman leaving a nearby Chili's saw the boys and called 911, police said.

A San Jacinto Police officer working an extra job came to the scene and was able to assist until Houston police got there.

The father died from his injuries. The two boys were not injured.

At this time, investigators are unsure if this was a road rage incident or if the dad was an innocent bystander.