3 drivers charged with DWI after woman, hit killed by vehicle along North Freeway

The Harris County District Attorney's Office said the three drivers involved in these crashes could be facing DWI charges. 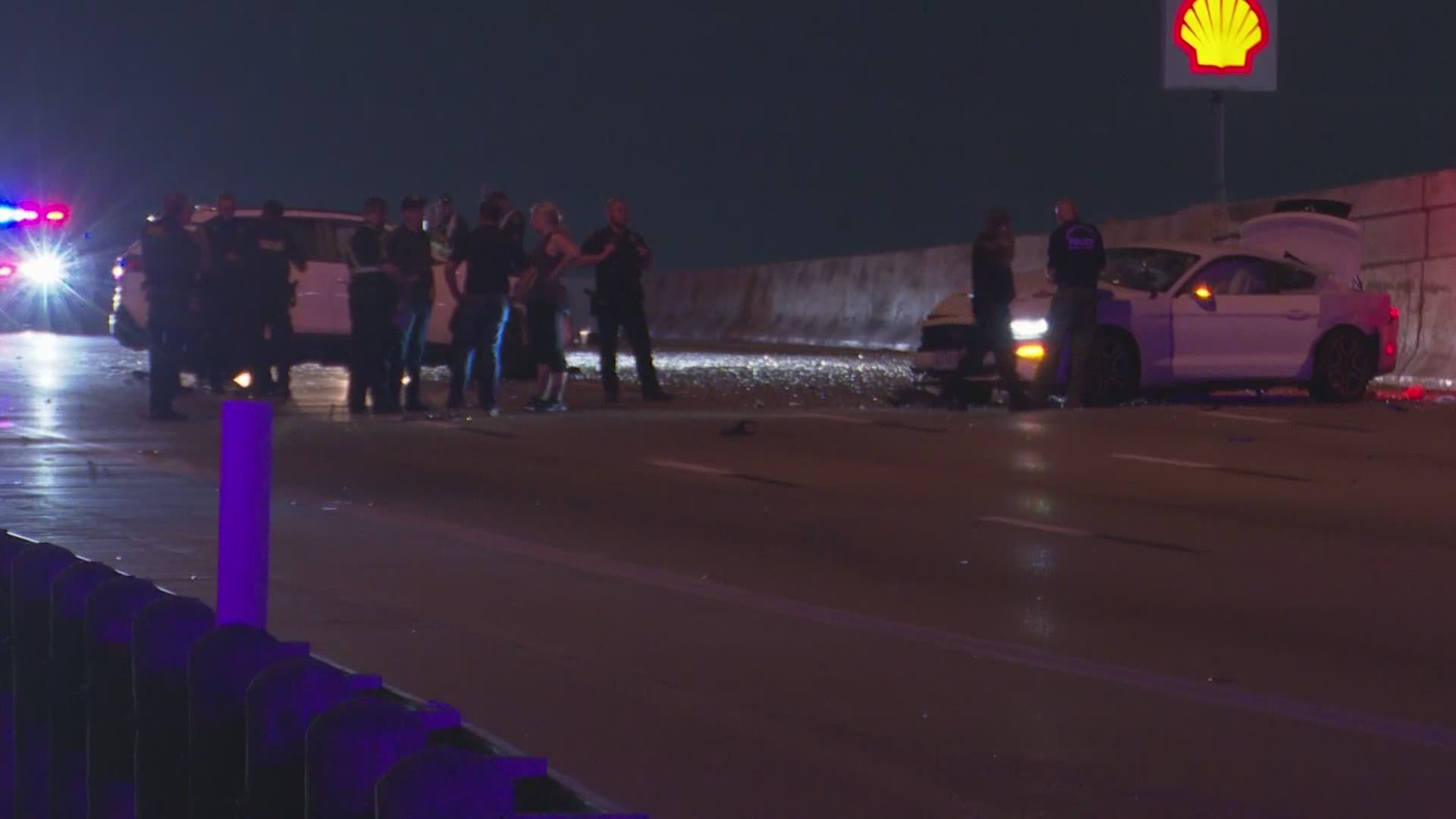 HOUSTON — A woman was hit and killed by a vehicle on the North Freeway moments after being involved in a suspected DWI crash, the Harris County District Attorney's Office said.

This happened at about 4 a.m. Sunday near the Aldine Bender exit.

Houston police said a gray Mazda M3 was traveling at a slow rate of speed northbound on the North Freeway main lanes when it was hit from behind by a white Ford Mustang.

The woman, who was the passenger of the Ford Mustang, got out of the car and was hit and killed by a white Toyota Rav4 that police said was traveling at the posted speed limit.

Sean Teare with the Harris County District Attorney's office said the drivers of all three vehicles admitted to being intoxicated which led to the DWI charges.

An investigation into who is at fault for killing the woman is ongoing.

Teare said the Fourth of July is around the corner and the DA's office along with all the Houston-area police agencies are working together to keep the roads and freeways safe.

“If you decide to get behind the wheel and make a dumb decision of drinking and driving during these holiday weekends, we’re going to get you, and quite frankly that’s the best thing that can happen, is us get you because if not you’re going to wind up killing yourself or somebody else,” Teare said.