Precinct 4 said Eduardo Rosales, 28, took out a light pole, three cars parked in a driveway and a garage when his vehicle went airborne. 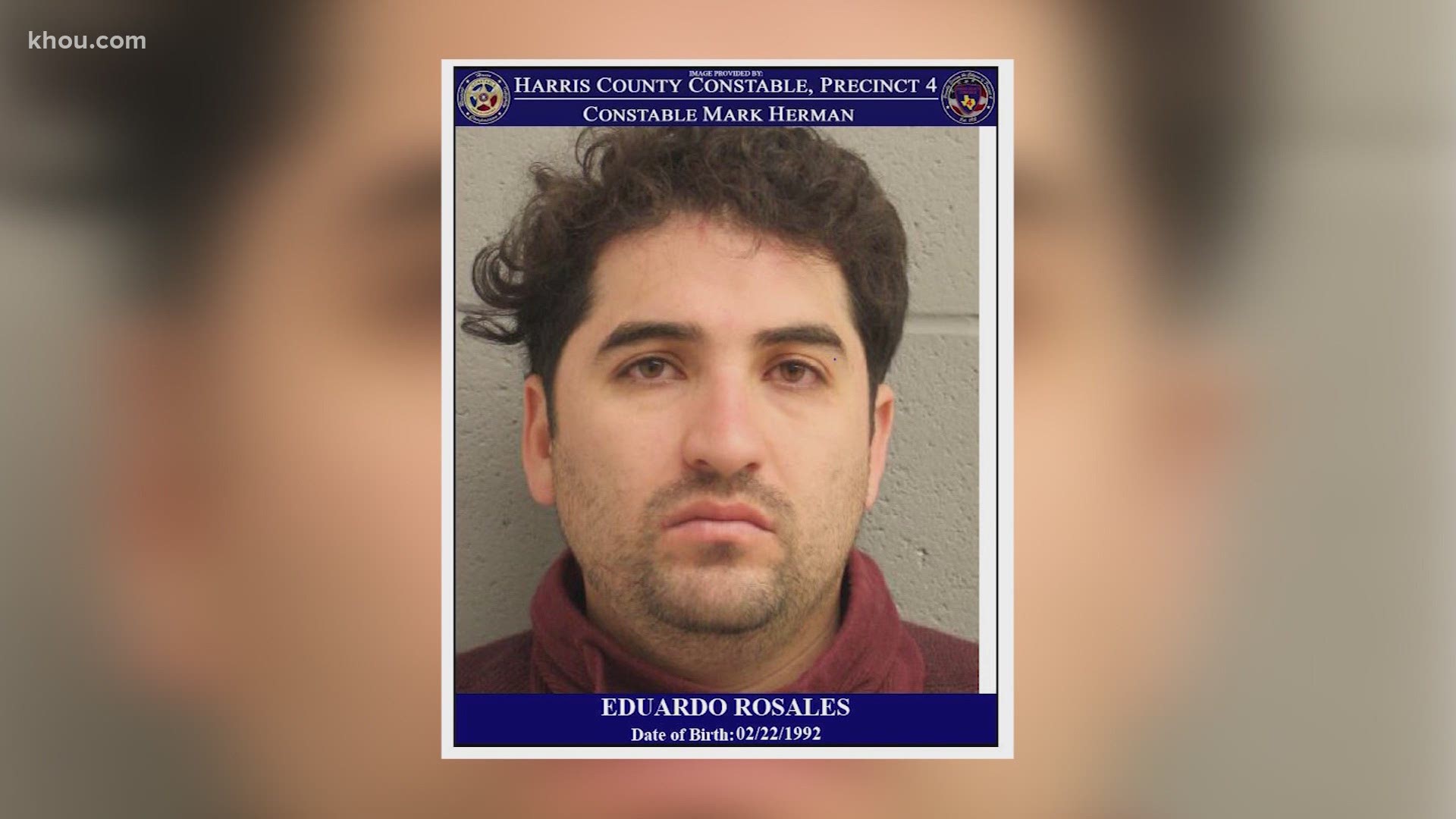 HARRIS COUNTY, Texas — An Atascocita neighborhood was startled early Wednesday when a chase suspect crashed into the garage of a family's home, the Harris County Pct. 4 Constable's Office confirmed.

It happened shortly after midnight at a single-story house in the 1800 block of Polo Meadow.

Investigators said Eduardo Rosales, 28, took out a light pole, three cars parked in the family's driveway and their garage when his vehicle went airborne.

Rosales was being chased by Precinct 4 constables, who said he committed a traffic violation on W. Lake Houston Parkway and refused to pull over when instructed by officers.

Part of the chase and crash was caught on a surveillance camera from a neighbor's house.

They said he struck a curb during the chase, lost control and then crashed. He then tried to escape on foot but was captured nearby on Rolling Rapids Street, deputies said.

1/2 Wow! Imagine waking up to this kind of DAMAGE to your home in the middle of the night!
That's exactly what happened to one Atascocita family overnight. @Pct4Constable say a driver led a deputy on a chase, hit a curb, smashed into a car, went airborne... #Khou11 #htownrush pic.twitter.com/FDMbfvDtGT

Fortunately, the vehicles were empty, and according to Atascocita firefighters, and there were no life-threatening injuries to the family inside the house.