The victim was outside of his car changing a tire on the South Loop when 60-year-old John Vasquez slammed into the stopped car, police say. 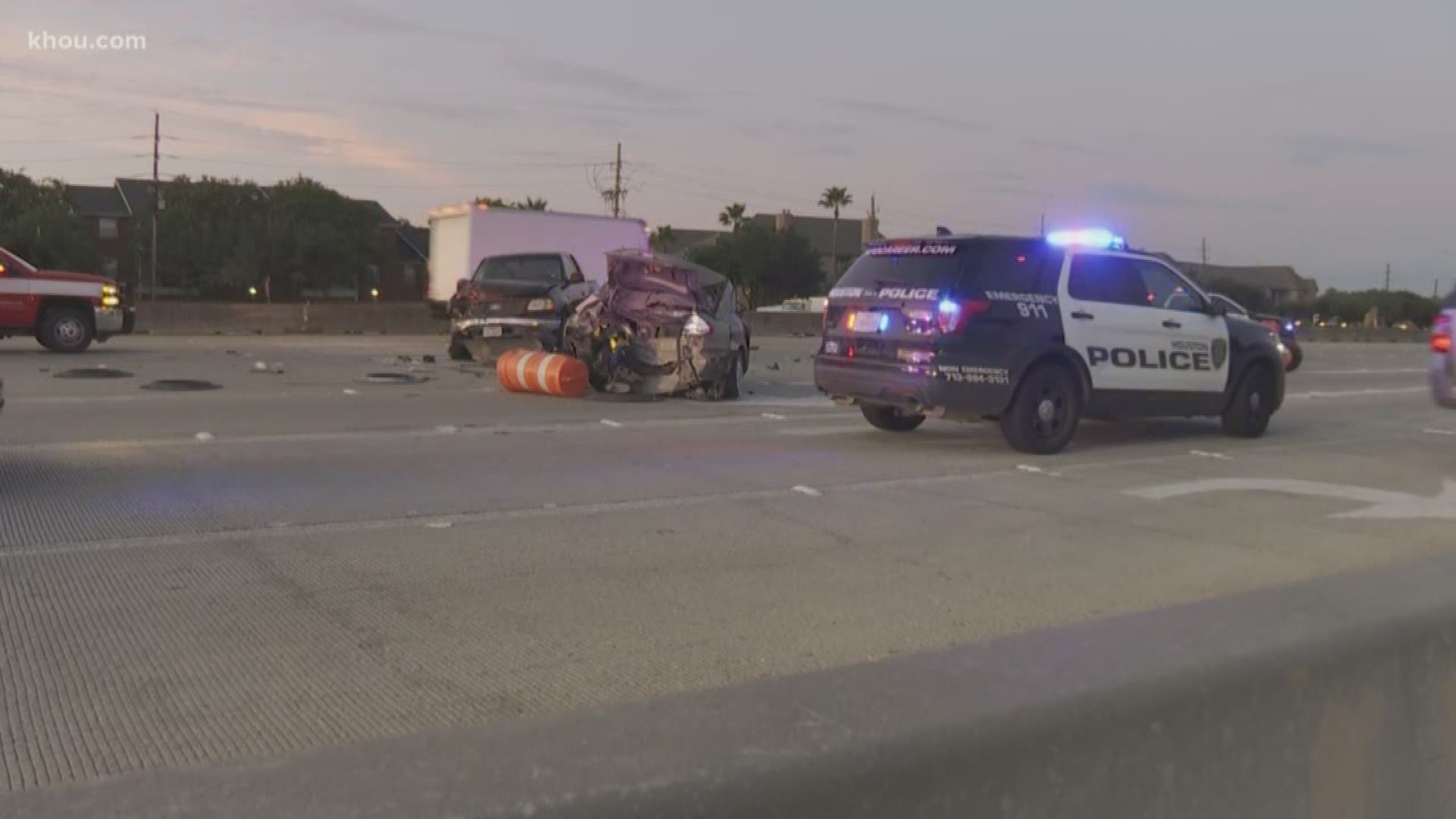 HOUSTON — A man with three prior DWI convictions has been charged with murder after police said he was driving drunk Tuesday evening and slammed into someone changing a tire on the South Loop.

The suspect was identified as 60-year-old John Richard Vasquez.

The victim's identity is pending verification by medical examiners.

Houston police said the victim, who is believed to be a 55-year-old man, was changing a tire on his vehicle in the split area between the South Loop West and the entrance ramp to State Highway 288 when Vasquez failed to maintain a single lane and struck him and his vehicle.

The victim was taken to the hospital where he was pronounced dead.

Exclusive video from KHOU 11 News Reporter Brett Buffington shows police handcuffing Vasquez at the crash scene as the man was loaded into an ambulance.

Tap here to watch the moment Vasquez was handcuffed and placed into the back of an ambulance.

Vasquez was evaluated at the hospital and determined to be intoxicated.

Vasquez is expected to appear in court for his bond hearing on Thursday.