Two women were also taken into custody, but it's unclear whether they will face charges. 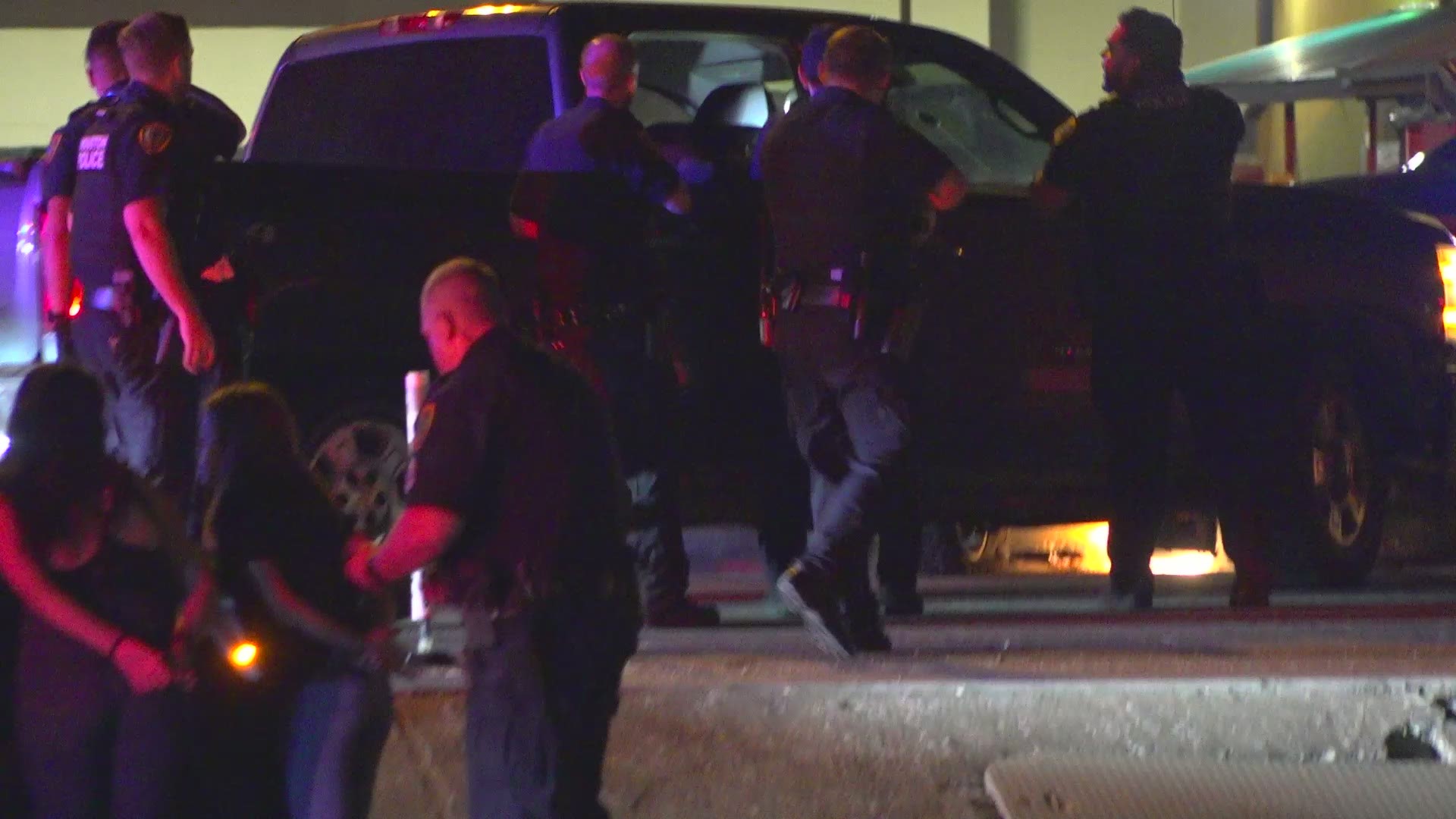 HOUSTON — The driver of an allegedly stolen vehicle is in custody early Monday after leading officers on a chase in north Houston, according to police.

The suspect was arrested about 12:35 a.m. in the 10700 block of the North Freeway service road. He is charged with felony evading.

Investigators said officers tried to stop a truck, but the driver refused to stop. Officers said the chase lasted about 15 to 20 minutes, during which the suspect ran multiple red lights.

Images taken from the scene shows the chase ended in some sort of crash.

No injuries were reported but one police vehicle was damaged as officers attempted to stop the vehicle, according to investigators.