There were two other adults and a child inside the home when shots were fired, Sheriff Gonzalez tweeted. They were not injured. 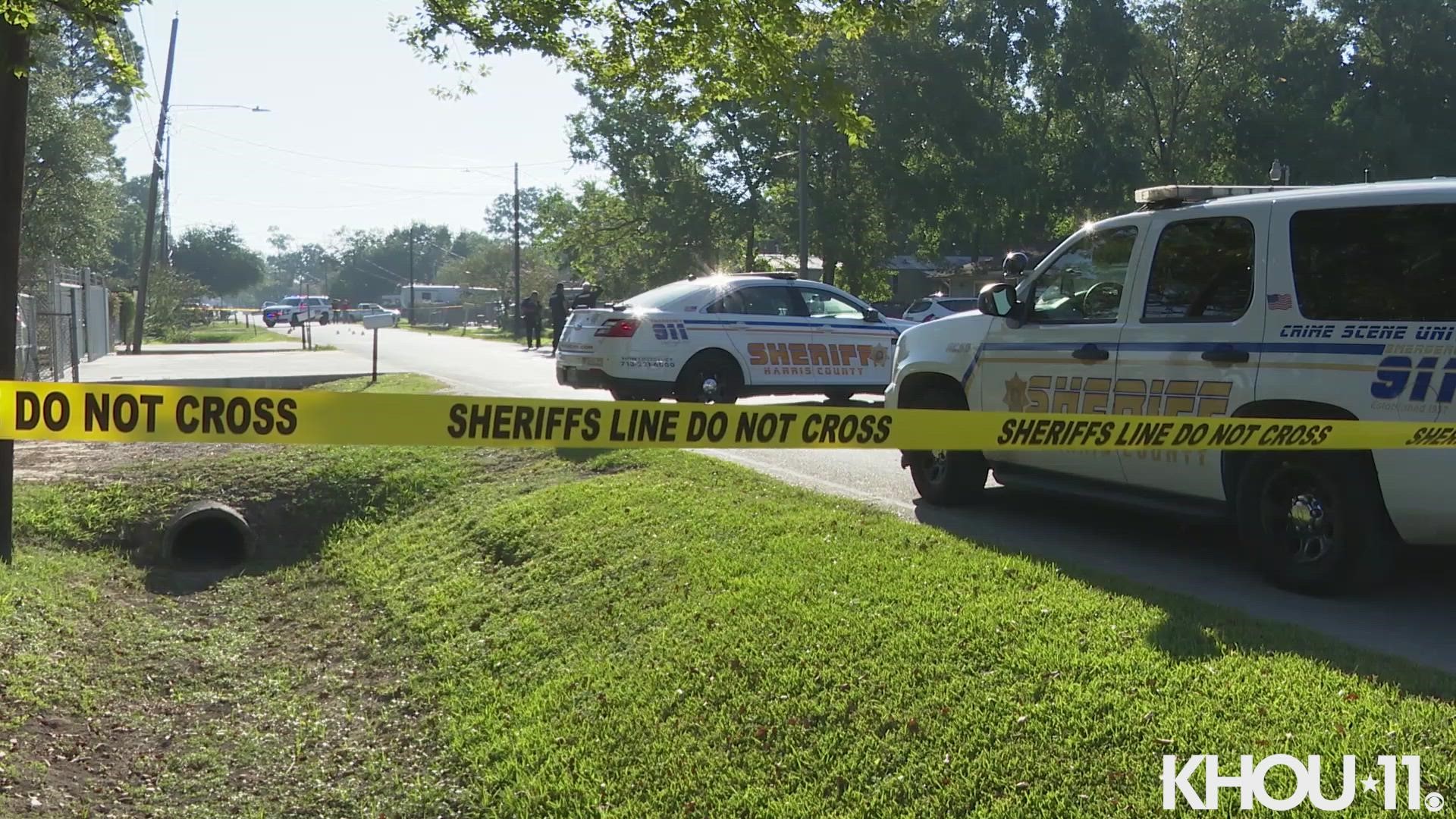 HARRIS COUNTY, Texas — A man was killed Sunday after shots were fired at his home in east Harris County, Sheriff Ed Gonzalez said.

Details are limited, but Gonzalez said the man, at least two other adults and a child were inside a home in the 14600 block of Waldine Street when multiple shots were fired from a vehicle outside.

The man was hit and taken to the hospital where he later died. The other people inside the house were not injured.

The suspects got away in an unknown vehicle.

It's unclear if the home was the intended target.

@HCSOTexas units are investigating a shooting at the 14600 blk of Waldine Street. A drive-by shooting occurred, numerous rounds fired, striking an adult male inside the residence. The male was transported to a hospital in critical condition. Suspect(s) fled the scene. #HouNews pic.twitter.com/tzKfQ8iNKD