The family were told to stay in their rooms, but the 17-year-old managed to get out through a bedroom window to run for help. 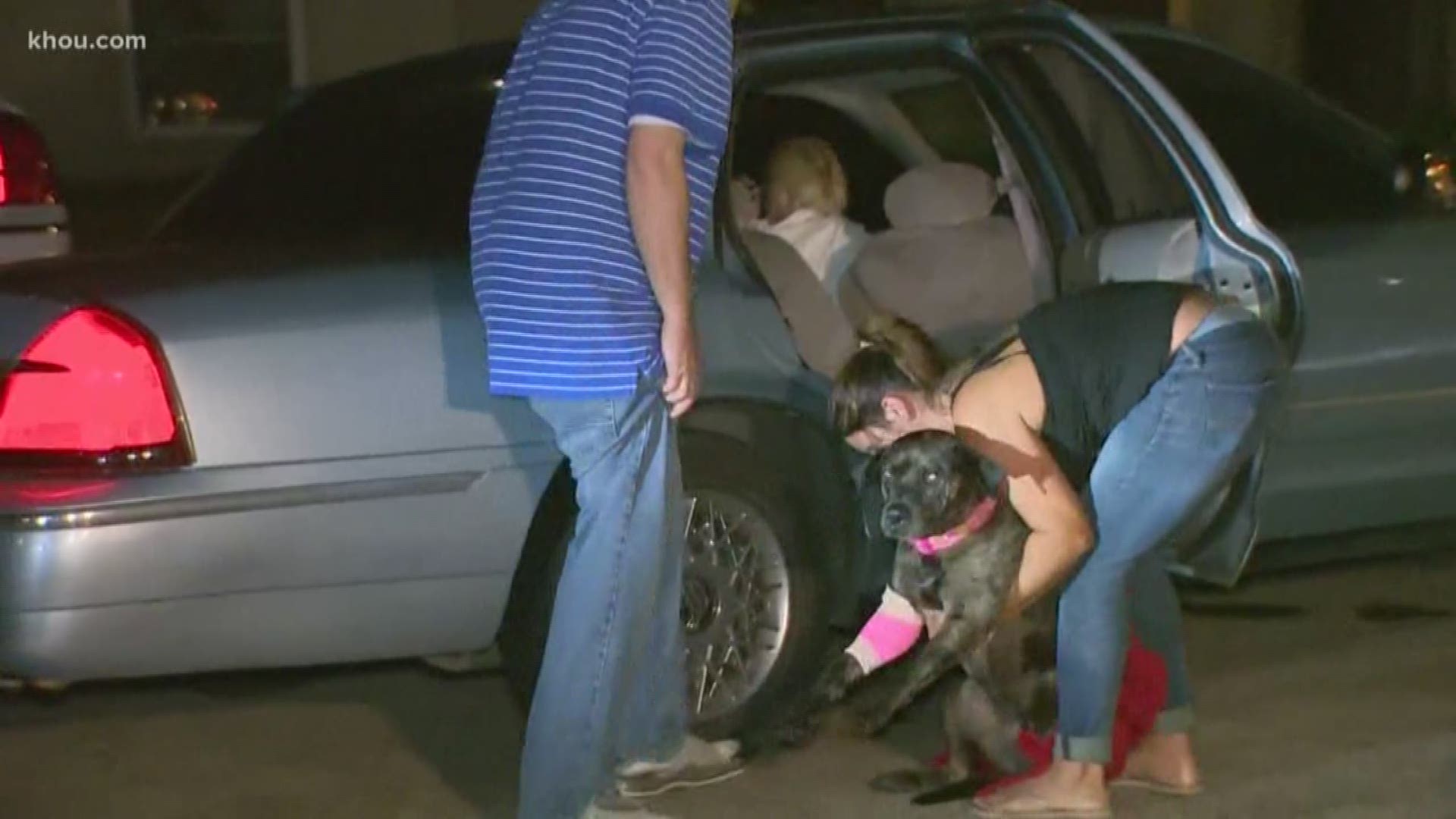 HOUSTON — A family dog tried to protect her family as gunmen held a father down during a home invasion overnight.

This happened just before 1 a.m. Friday at a home on Sagewick Drive in southeast Houston.

Houston police say four armed intruders broke into the home through the back door which just happened to be unlocked. A father, who was in the kitchen at the time, was held down at gunpoint.

The family were told to stay in their rooms, but the 17-year-old managed to get out through a bedroom window to run for help.

The intruders ransacked the home, but soon the family dog came to the rescue trying to protect her family, police said. The gunmen shot at the dog twice, hitting her once in her paw.

The intruders got spooked when they realized the teen had escaped and ran from the scene, police said. The father was able to his gun, but the suspects were already long gone.

The father and his wife and their three children are said to be OK just shaken up.

The family took the dog to their veterinarian and she is expected to be OK as well, police said. She returned home with a cast on her paw.

“It’s a good situation out of a bad situation, the best could have happened, everybody is ok, but hopefully they find whoever did that,” Khari Anderson, a close of friend of the family and next door neighbor, said.

Khari Anderson says he actually woke up to gunfire and ran next door to check on his friends as soon as he could.

“Like everybody would be, they’re in shock. He couldn’t believe that was happening at his doorstep,” Anderson said.

The intruders were able to steal the father’s wallet and cell phone, but they dropped the wallet while trying to get away. However, police do not have much of a description of the suspect at this time.

In the meantime, folks in this neighborhood, including Anderson, say they’ll be beefing up their security, and keeping a close eye.