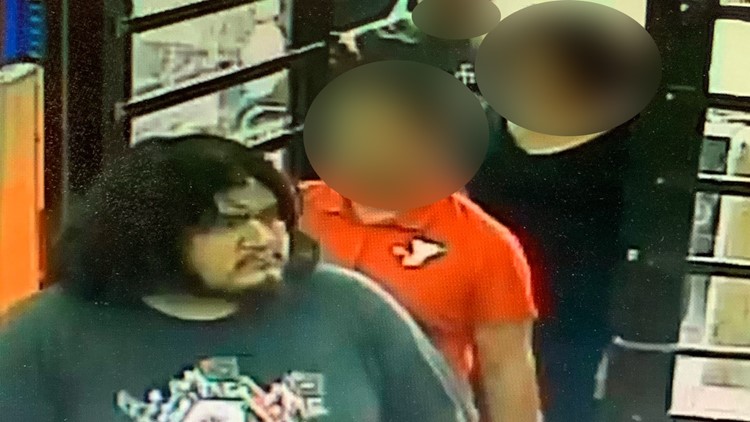 Photo by: KHOU
Police described the suspect as a heavy-set Hispanic male about 5 feet 7 inches tall, weighing 250 pounds, with black, shoulder-length hair and a beard

Do you know him? Man wanted in fatal parking lot shooting

HOUSTON — Houston police are asking for the public's helping in identifying a suspect wanted in the fatal shooting of a male in north Houston over the weekend.

This happened around 8 p.m. on Saturday in the 13300 block of Northborough just west of the North Freeway.

Police described the suspect as a heavy-set Hispanic male about 5 feet 7 inches tall, weighing 250 pounds, with black, shoulder-length hair and a beard. A surveillance photo of the suspect has been released.

Police described the suspect as a heavy-set Hispanic male about 5 feet 7 inches tall, weighing 250 pounds, with black, shoulder-length hair and a beard
KHOU

The victim, Julius B. Caesar, 35, was pronounced dead at the scene.

Investigators say an officer responded to a shooting call at a convenience store on Northborough and found the victim dead in the parking lot.

Witnesses told police the victim had walked out of the convenience store and began arguing with another male in the parking lot. The unknown suspect then shot the victim several times and fled the scene in a tan, late-90s model GMC pickup truck with damage to the front bumper.

He was accompanied by two other males and a juvenile female.

Anyone with information on the identity of the wanted suspect or in this case is urged to contact the HPD Homicide Division at 713-308-3600 or Crime Stoppers at 713-222-TIPS.