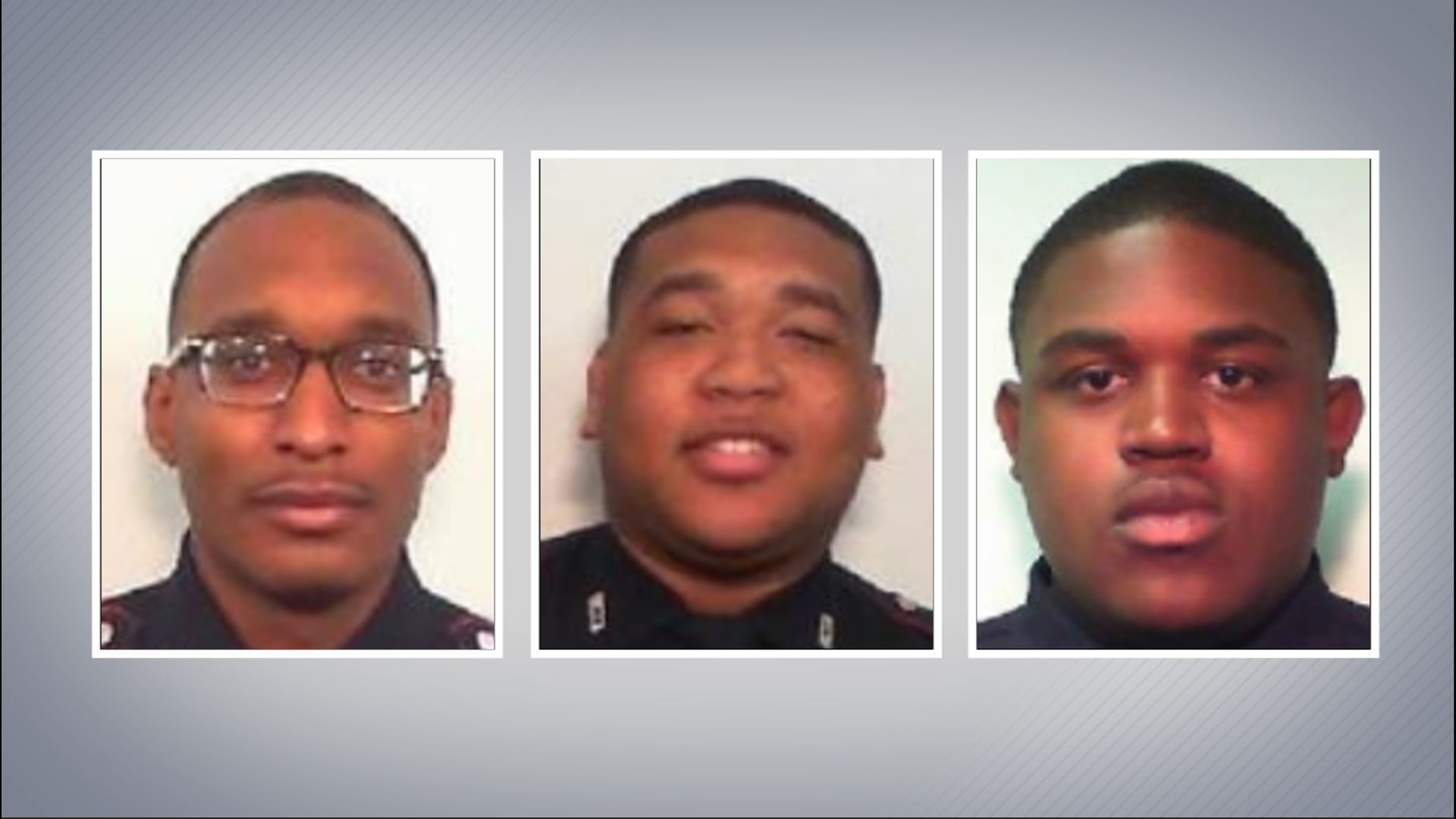 HOUSTON — The body of a Precinct 4 deputy who was shot to death was escorted to a funeral home in Tomball on Sunday.

Deputy Kareem Atkins, 30, was gunned down while working at a bar off the North Freeway on Saturday morning.

Bystanders paid their respects along the way.

Watch video of part of the procession below and on the KHOU 11 YouTube page:

Atkins and two other deputies were working an extra job at a bar in the 4400 block of the North Freeway, near Crosstimbers Street. Precinct 4 Constable Mark Herman said they were ambushed just after 2 a.m. when they were alerted to a possible robbery in the parking lot.

Atkins and deputy Darryl Garrett were arresting a suspect when a shooter opened fire on them from behind a vehicle, according to investigators. Both deputies were shot and deputy Juqaim Barthen rushed over when he heard the gunshots. He was also immediately shot, according to authorities. It's unclear if any of them were able to return fire.

The men and women of Constable Mark Herman’s office are providing a dignified transfer for Deputy Kareem Atkins from the Institute of Forensic Sciences to the Klein Funeral Home. pic.twitter.com/dBxiPFpdc5

The shooter has not been identified.

Atkins had been working with Precinct 4 since January 2019.

Herman said Atkins had just returned from paternity leave. He leaves behind his 6-month-old son, 2-year-old daughter and wife.

If you have any information that could help investigators, please call the HPD Homicide Division at 713-308-3600 or Crime Stoppers of Houston at 713-222-TIPS.