Deputy Caleb Rule was shot after he and other deputies were attempting to clear a house after responding to a call. 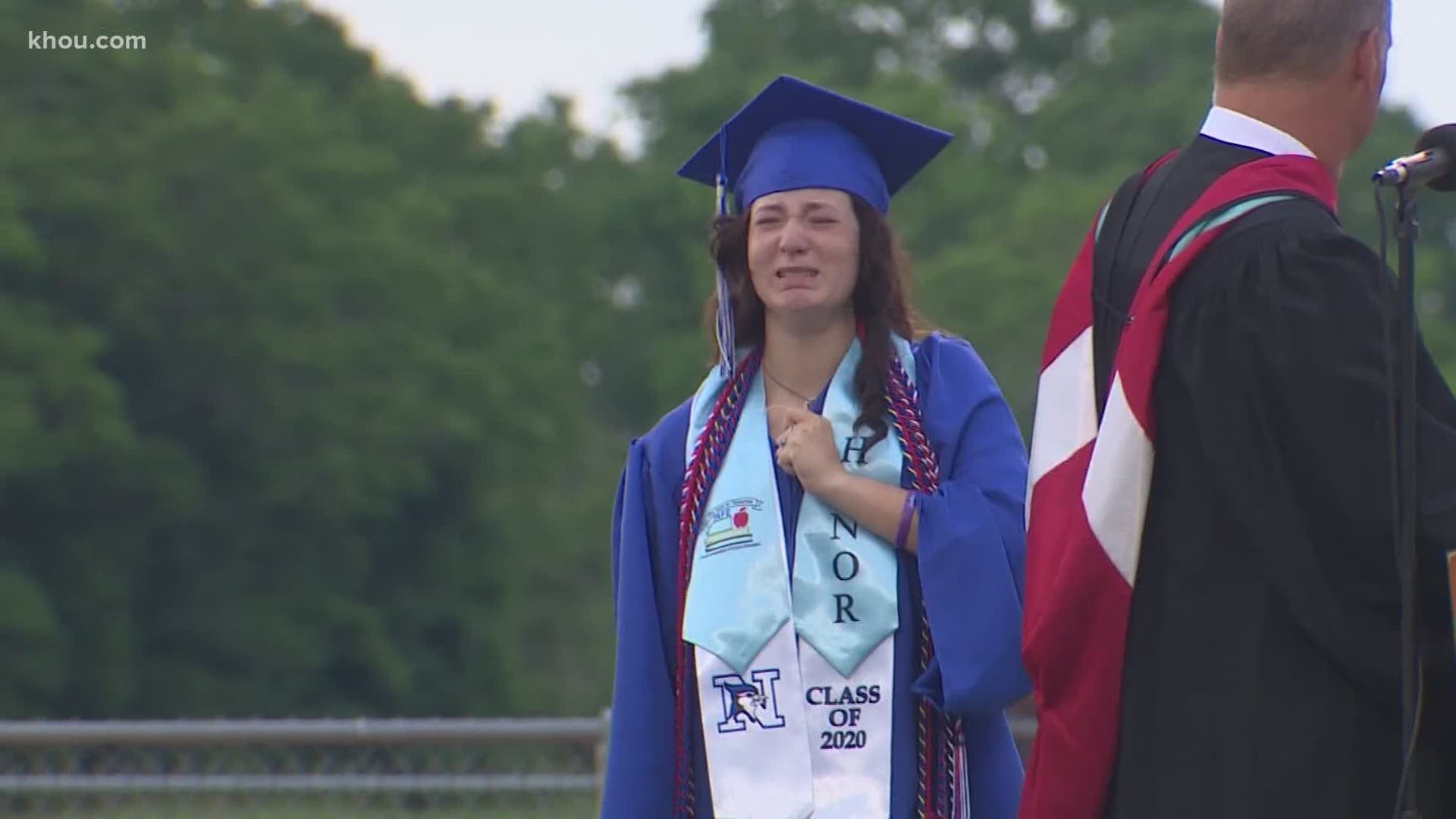 FORT BEND COUNTY, Texas — The Fort Bend County community is mourning a well-liked deputy constable who was mistakenly shot by a sheriff’s deputy in the Sienna subdivision overnight.

Precinct 4 Deputy Caleb Rule, 37, is being remembered as a mentor, a great boss and a family man.

“He was extremely dedicated to the job,” said Precinct 4 Constable Trevor Nehls. “He was a devoted husband, a devoted father and he spoke often of his family and his love for his family.”

Deputy Rule leaves a wife and four children, ages 13 to 18. His oldest daughter graduated from high school Friday night -- not even 24 hours after her father died.

“We are heartbroken over this,” FBCSO Sheriff Troy Nehls said. “This is an absolute tragedy.”

Rule and three deputies from the Fort Bend County Sheriff’s Office responded to a suspicious person call around 1:45 a.m.

A resident called saying she saw someone running down the street who looked suspicious.

The FBCSO deputies entered the home in the 3900 block of Chestnut Bend.through an open back door, the sheriff said. The sheriff’s deputy mistook the deputy constable for a prowler and opened fire, hitting Rule in the chest. His bulletproof vest wasn’t enough to protect him.

Deputy Rule was flown by Life Flight to Memorial Hermann Hospital but he didn’t survive.

Constable Nehls said the two agencies share a radio system and it’s not uncommon to answer calls together. It's not clear what went wrong.

Nehls said Rule, who was assigned to the River Stone subdivision, had an outgoing personality and loved engaging with the community.

“He had a love for the community he served,” Nehls said.

Rule was a veteran law enforcement officer in Fort Bend County. He had been with the Fort Bend County Precinct 4 Constable’s Office for nine months and served previously for 14 years with the Missouri City Police Department.

Both agencies came to be by Rule's daughter's side, standing for her and her slain father.

"(Rule's children) have grown up in Needville," Needville Independent School District Superintendent Curtis Rhodes said. "They are a part of this community and Needville is going to wrap their arms around them and help them heal."

More than 100 deputies wanted to attend the graduation ceremony but because of the pandemic, they had to limit the number of people inside the stadium.

As is routine, all three sheriff’s deputies involved in the incident will be placed on administrative leave as Texas Rangers conduct an investigation.

“We are praying for everyone involved and will have chaplains available for whoever needs them, regardless of what agency they’re with.”