The suspect had been on the run since the Wednesday night stabbing at a Waller County plant. 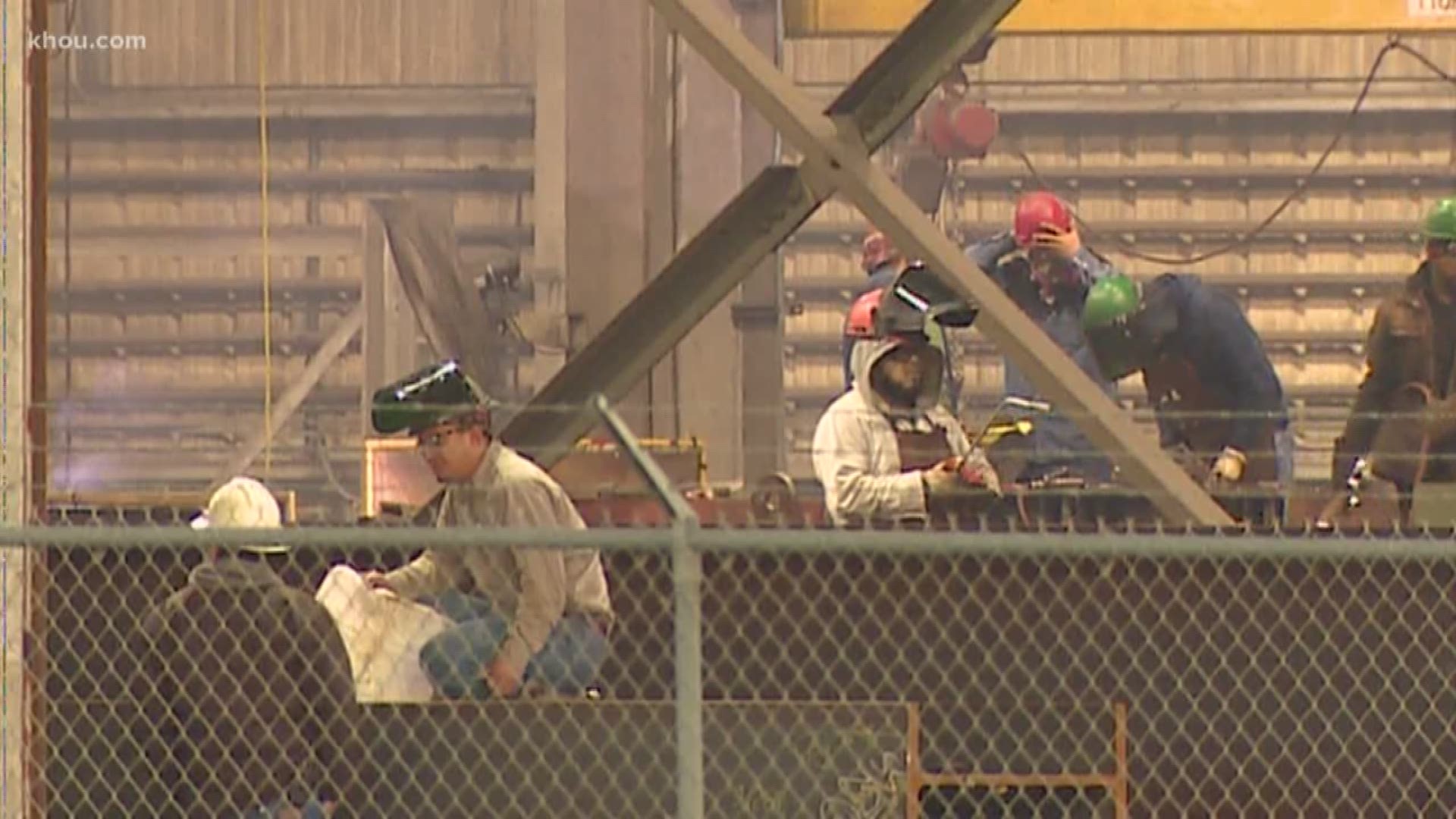 Evan Lyndell Parker, 34, was arrested at an apartment complex in west Harris County after a brief standoff.

Parker had been on the run since the Wednesday night stabbing at a Waller County plant.

Spitzer Industries is mourning the loss of a plant manager who was said to have been fatally stabbed during an attack involving a contract employee Wednesday night.

Harry Parnell, 64, died at the scene. He was Parker's supervisor.

Another employee identified as  36-year-old Joseph Rangel was also stabbed. He was airlifted to a local hospital in critical condition.

It happened at the Orizon Industries plant located at FM 362 and Wilson Road north of Brookshire. Orizon is owned by Spitzer Industries.

Parker has has an extensive criminal history including aggravated robbery, assault, resisting arrest and aggravated assault against a public servant.

The motive for the stabbing is still under investigation.

“Spitzer Industries is a family company. Been here for 23 years and our employees are our biggest asset. We lost one of our employees yesterday (Wednesday) that had been with us 20 years and another one is in the hospital. Not sure what kind of condition he’s going to come out in,” Spitzer COO Milo Thibeadeau said Thursday morning.

Thibeadeau said he was unaware of any issues between the employees involved in the fatal stabbing. He said Parnell was a plant manager at the site, who they say was “highly respected” by his peers and employees.

He went on to say Parnell was a family man, and to make matters worse, he said the man was caring for his ailing wife, who is battling cancer.

“Really at this point, it makes no sense to us at all,” Thibeadeau  said, explaining Parnell was very much an employee advocate.

Thibeadeau described Rangel as a fitter in their workshop. He was just someone who happened to be there on his way out at the time of the attack. He added, while he doesn’t have all the facts, the incident appears to have started in an office and continued to the workshop.

Parker has been with the company as a quality manager for about six to eight months through a contract company, Thibeadeau says. He is not a direct employee with Spitzer.

“We have over 1,000 employees and I have been with this company for 20 years, I was the second employee next to the founder Cullen Spitzer and we’ve always built this company as our family, we always have children who work here, family who work here, it’s just difficult,” Thibeadeau said.

The COO says they will have counselors on site to help employees through the tragic incident.