The woman claimed her ex-boyfriend may have planted an explosive device in her car but nothing was found. 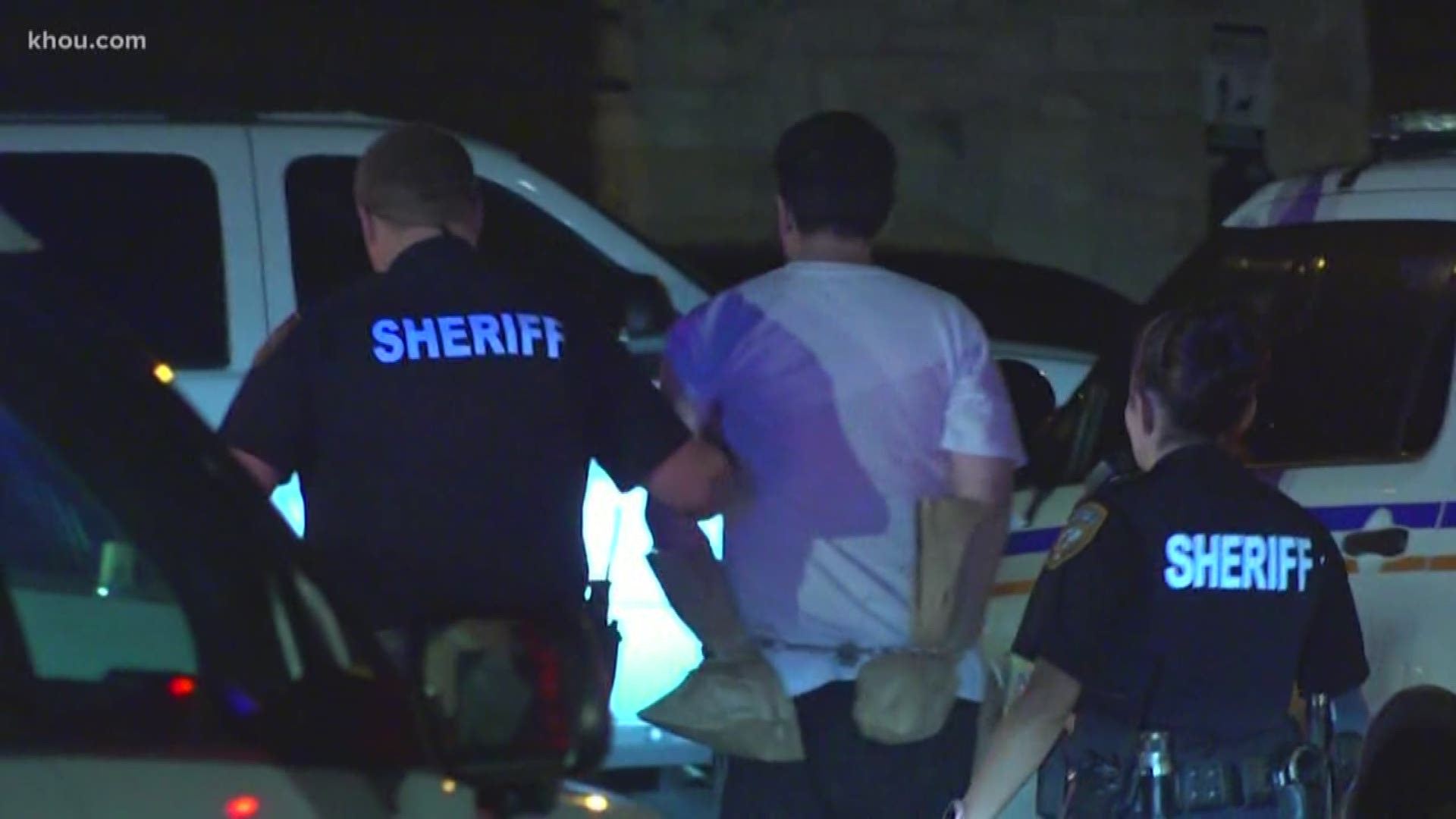 HARRIS COUNTY, Texas — A bomb squad responded to an apartment complex in northwest Harris County early Sunday morning after reports that a man may have planted some sort of explosive devise in his ex-girlfriend's car.

After a thorough search investigators said they did not find any explosive devices in the woman's car.

The man has since been detained by deputies.

The Harris County Sheriff's Office said before the bomb squad was called, deputies responded to the apartment complex in the 12000 block of Crossroads Park Drive because the woman claimed her ex-boyfriend threw some sort of bomb-type device at her apartment.

The device never made it inside the apartment, according to investigators, but it did cause a small fire that went out on its own. There was minor smoke damage to the outside of the building.

The woman had a man staying at her home out of fear her ex-boyfriend would show up at her apartment. Deputies said that man and the ex-boyfriend got into a shootout.

Luckily, no one was injured.

Arson investigators are looking into this scene.

At this time no charges have been filed pending further investigation.