Deputies: Man charged after he was caught on camera torturing cat at apartment pool

Precinct 1 deputies said the surveillance video is hard to watch. 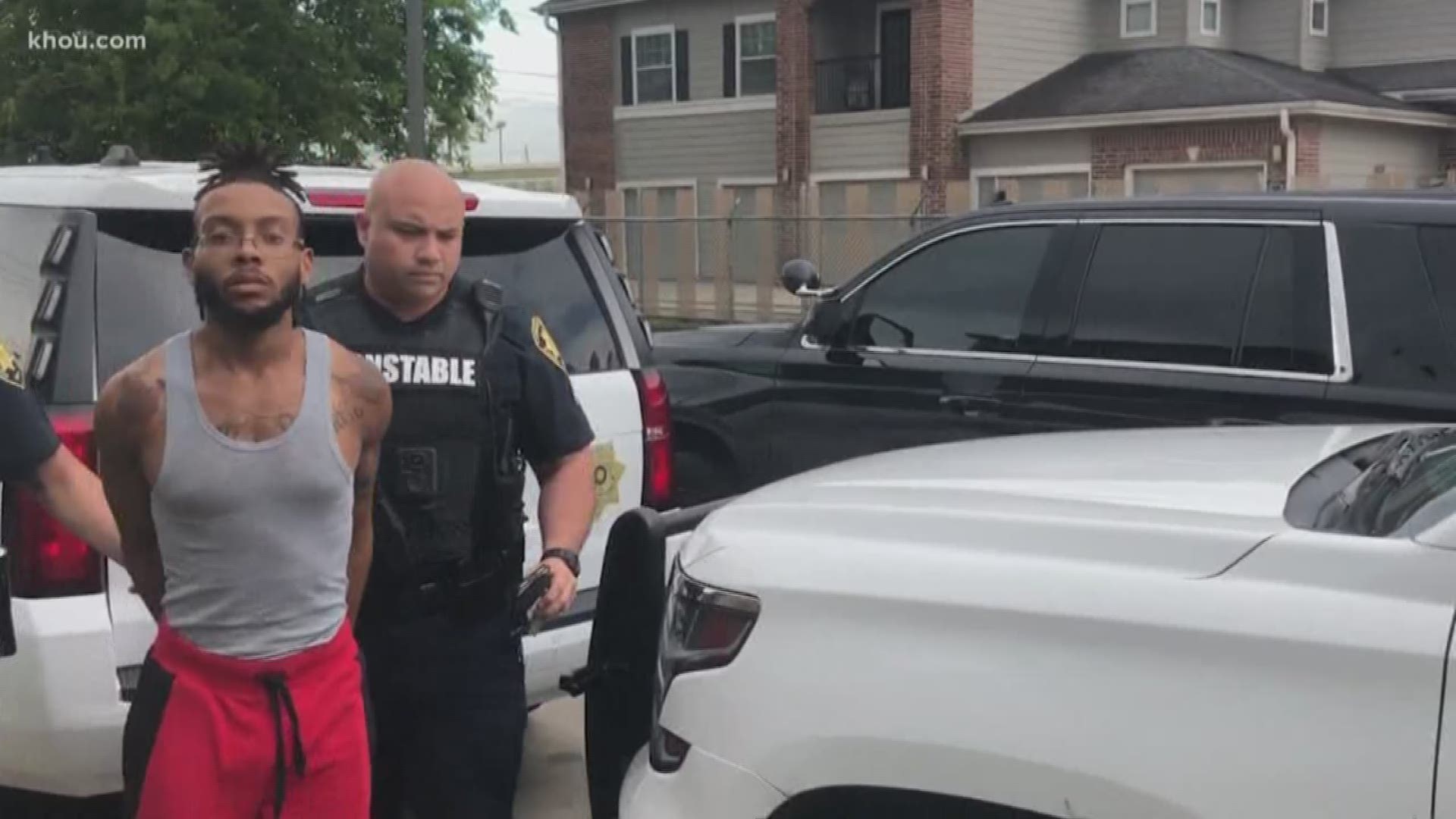 HARRIS COUNTY, Texas — A 22-year-old man has been charged with animal cruelty by torture after he was allegedly caught on camera torturing a cat.

Deputies said on Sept. 7, Javonte Darion Alexander was seen on surveillance video picking up the cat and violently throwing it into an apartment pool in the 900 block of Cypress Station Drive.

The video also shows Alexander repeatedly hit the cat in the head with a shoe and his hands as the cat tried to get out of the pool. He was later seen holding the cat under water.

*KHOU 11 is choosing not to show the video*

Deputies said Alexander left the pool area holding the cat who appeared to be either unconscious or dead.

“This video is difficult to watch,” said Constable Alan Rosen. “Anyone who tortures an animal should be held accountable. This cat was defenseless. Our society should not stand for such cruelty to animals.”

Alexander was arrested on Sept. 25 by the Houston Society for the Prevention of Cruelty to Animals.

He is already out on bond.

In 2017 Senate Bill 762 was signed into law making animal cruelty by torture a felony offense. Convicted abusers can face up to 10 years in prison and up to 20 years for repeat offenders.

Rosen says they’ve worked about 90 animal cruelty cases this year. The Houston SPCA says it responds to about 7,000 cases every year.

“If you are willing to do this to a defenseless animal then you really have some issues that probably will transition into human beings as well,” said Rosen.

Animal cruelty can be reported anonymously to the Precinct 1 Animal Cruelty Hotline, (832) 927-1659.

Deputies said it is possible Alexander may have abused other animals. If you know of any other incidents he may have been involved with you can call the Precinct One Animal Cruelty Hotline at 832-927-1659. You can also report any cases of animal cruelty to the same number or call the HSPCA animal cruelty tip line at 713-869-7722.