The victim was transported to a local hospital but was later pronounced dead. 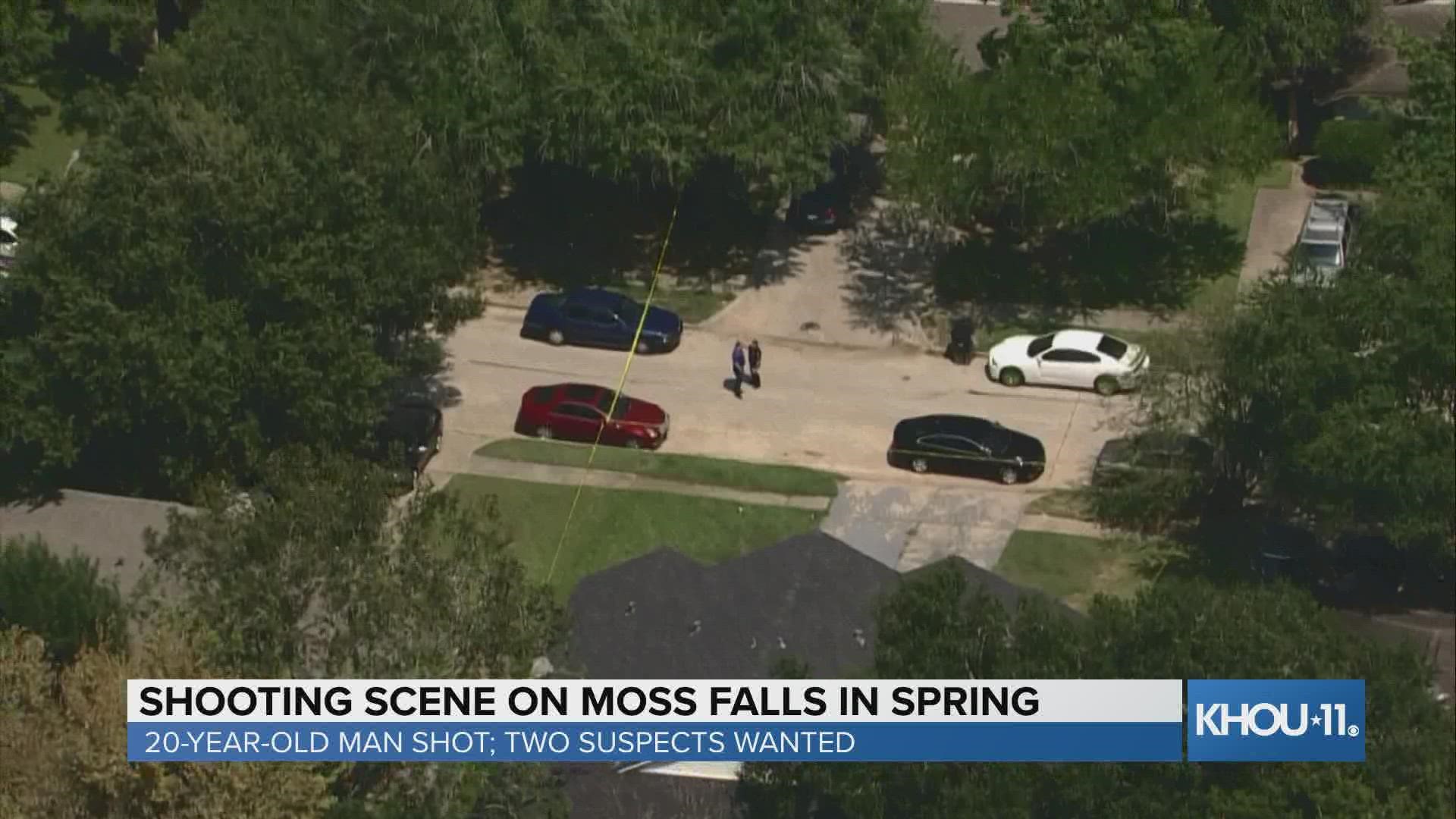 HOUSTON — Deputies say they are questioning two men in connection with a shooting that left a man dead in the Spring area Friday afternoon.

The Harris County Sheriff's Office said deputies responded to a shooting call at 12:30 p.m. in the 22100 block of Moss Falls, which is near the Cypresswood Golf Club.

The victim in this shooting, who deputies say is a 20-year-old man, was taken to the hospital in critical condition. However, he was later pronounced dead.

Heavy police presence in the 22100 block of Moss Falls.

The suspects are described as 2 black males. Both wearing white t shirts one blue shorts one black shorts.

Victim is a 20 year old male. He has been transported to a local hospital critical condition. pic.twitter.com/EljjyU4NCR

Prct. 4 deputies were called around 12:30pm to 22100 Moss Falls Ln in reference to a shooting call. Arriving deputies found an adult male with a GSW. The male was transported to a local hospital but later died. HCSO Homicide investigators have 2 men for questioning. #HcsoNews