Defense attorneys say they will look into how someone with a domestic violence conviction got a hold of a handgun. 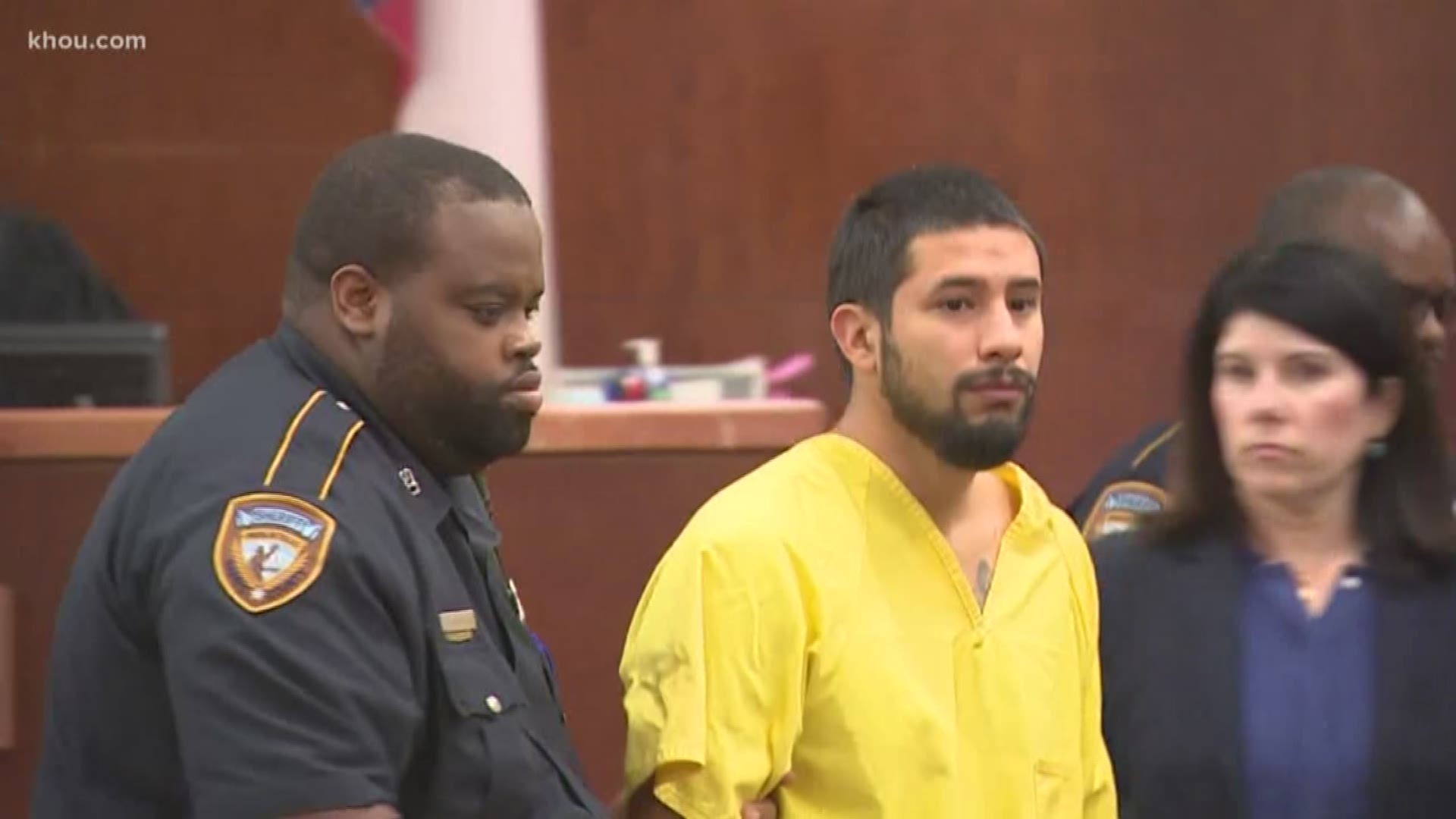 HOUSTON — The man accused of shooting and killing a 32-year-old Houston police officer made his first court appearance Monday morning.

Arturo Solis, 25, is charged with capital murder of a police officer in the shooting death of HPD Sgt. Chris Brewster. Brewster died after being shot when he responded to a domestic violence call in the East End on Saturday.

According to investigators, Solis admitted to shooting Sgt. Brewster despite the fact that Brewster was not threatening, did not have his weapon drawn and was waving both of his hands in the air.

Solis also admitted to being aware Sgt. Brewster was a cop and confessed he shot him in order to avoid arrest.

Chaos erupted in the courtroom as Solis’ family left the room hysterical and crying. A man who was seen leaving with the suspect’s sister referred to Solis as his little brother.

Solis’ defense attorneys say their client has a history of mental illness.

“We know our client has a history of mental illness, that is where we are going to start,” his attorney said outside the courtroom. “The obvious question to us becomes, how does a mentally ill person with a prior domestic violence conviction get a handgun, so we’ll be looking at that, okay. That’s really a problem for us and we want to see where there was a breakdown in the system.“

His attorney say Solis was diagnosed with mental illness as far back as when he was in the juvenile justice system.

Solis remains in custody and is being held without bond.

The incident all started on Saturday at about 5:47 p.m. when police received a call from a woman saying Solis, who is her boyfriend, was assaulting her and armed with two guns.

Sgt. Brewster responded to the call and upon arrival in the area he located Solis and his girlfriend walking in the 7400 block of Ave L.

Court documents said Brewster got out of his vehicle and Solis' girlfriend pointed him out and said that's who you are looking for. Sgt. Brewster called out to Solis and that's when Solis allegedly fired a handgun multiple times towards Sgt. Brewster.

At the time Sgt. Brewster was shot, he did not have his weapon drawn and was simply trying to get Solis' attention, investigators said.

Sgt. Brewster fell to the ground immediately, but he was able to relay Solis' description on the police radio while Solis ran away.

Solis was eventually captured on the property of De Zavala Elementary School at 7521 Ave H. He still had a handgun on him but surrendered the weapon to police.

An additional handgun was recovered in the area where Sgt. Brewster had been shot.

Sgt. Brewster was taken to Memorial Hermann Hospital where he was pronounced deceased from multiple gunshot wounds. The entire incident was captured on his body camera.