Sheriff Ed Gonzalez tweeted the front door appeared to be kicked in at the victim's residence. Investigators say it was an isolated incident. 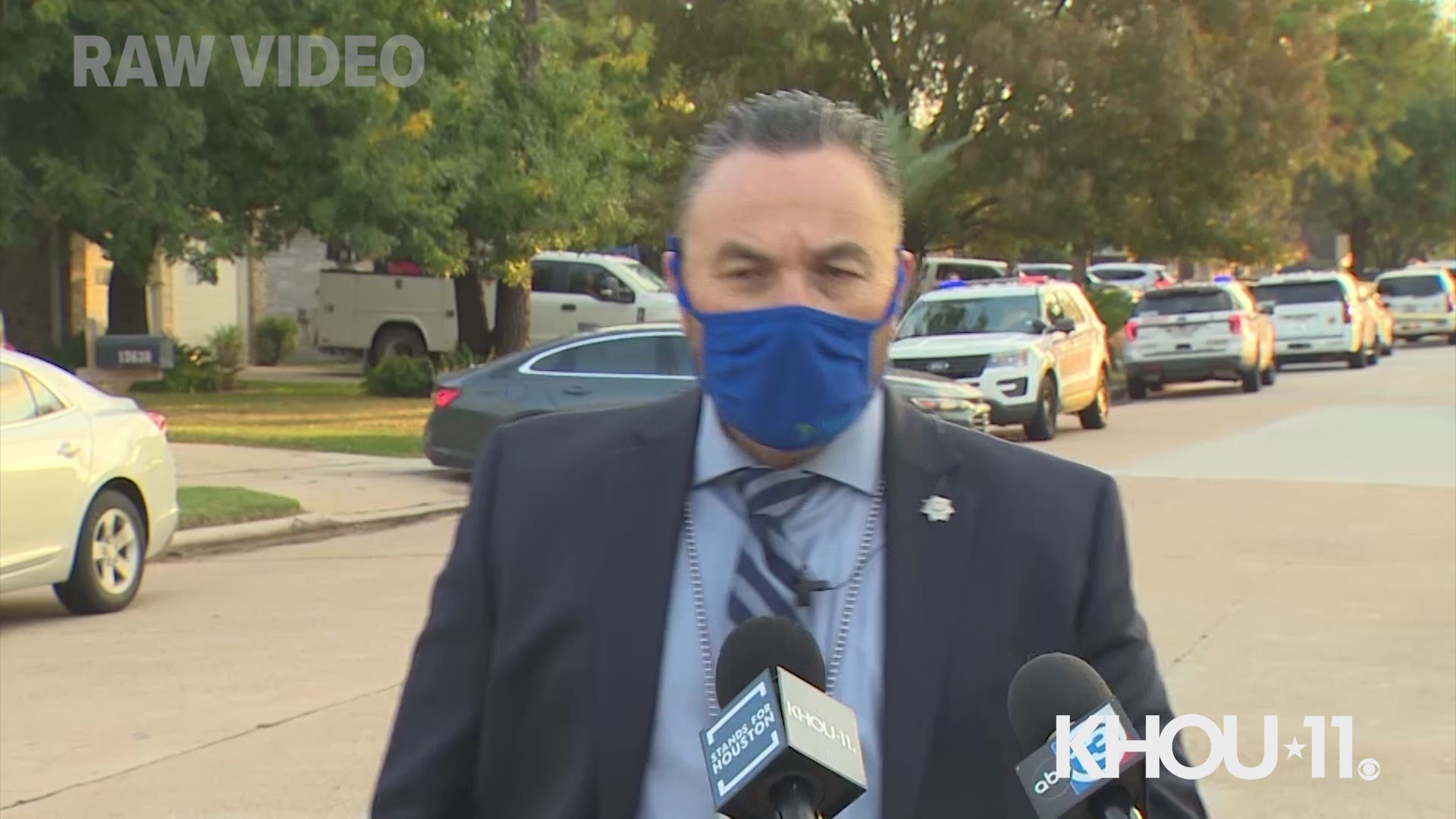 Sheriff Ed Gonzalez tweeted at 5:54 a.m. Thursday deputies were responding to a possible shooting in the 10000 block of Rapid Oaks Drive. That's just off of Huffmeister Road near the Northwest Freeway.

@HCSOTexas deputies are at the 13600 blk of WImbledon Oaks Dr. Initial info: Upon arrival, units found a male in the middle of the street who appeared to have been shot. The front door to his residence was found to be kicked in. Male was pronounced deceased at the scene.#HouNews pic.twitter.com/j75NLfK9oA

Investigators said neighbors found the victim unresponsive in the street just outside his residence. He appeared to have been shot, the sheriff said. He was pronounced dead at the scene when paramedics arrived.

His identity has yet to be confirmed.

There's still no motive in the case.

"It's an isolated incident with the victim for sure," homicide investigator Ruben Martinez said at the scene. He added that residents shouldn't be concerned.

HCSO officers also said the the front door of the home was kicked in, suggesting someone forced their way in. They confirmed no one was inside the home at the time.

Investigators are checking security footage in the area as they continue to search for possible suspects.

If you have any information related to the shooting, please call the sheriff's office or Crime Stoppers of Houston at 713-222-TIPS (8477).