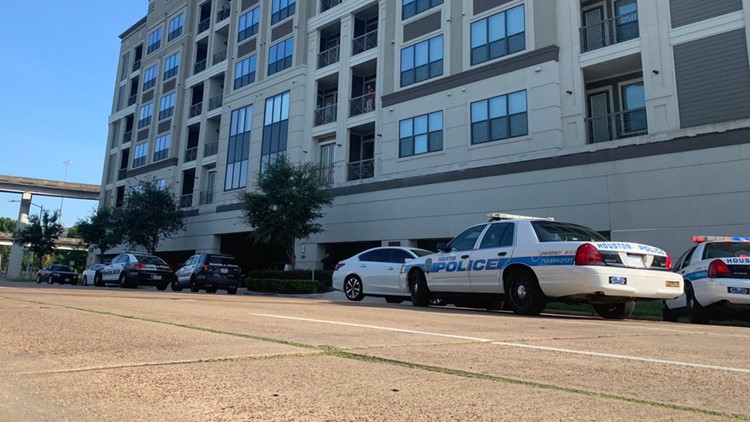 Photo by: Brett Buffington
Houston Police are investigating a deadly shooting at The Hamilton apartment building in Downtown Houston

HOUSTON — Police believe gang and drug activity are likely the motives behind a shooting inside a downtown Houston apartment building.

Police were called to The Hamilton, at 1800 St Joseph Parkway, Wednesday afternoon.

Inside the building, in a second-floor apartment, police found a victim had been shot and killed. The person who called 911 told dispatchers they heard gunshots, and then saw people running from the scene.

Police have detained one person at the scene, but haven't said how that person is related to the homicide investigation.

Boyfriend of mom who hid daughter’s body in a closet questioned, released