Gerald Wayne Williams, 34, will remain in jail until his bond hearing on Friday. 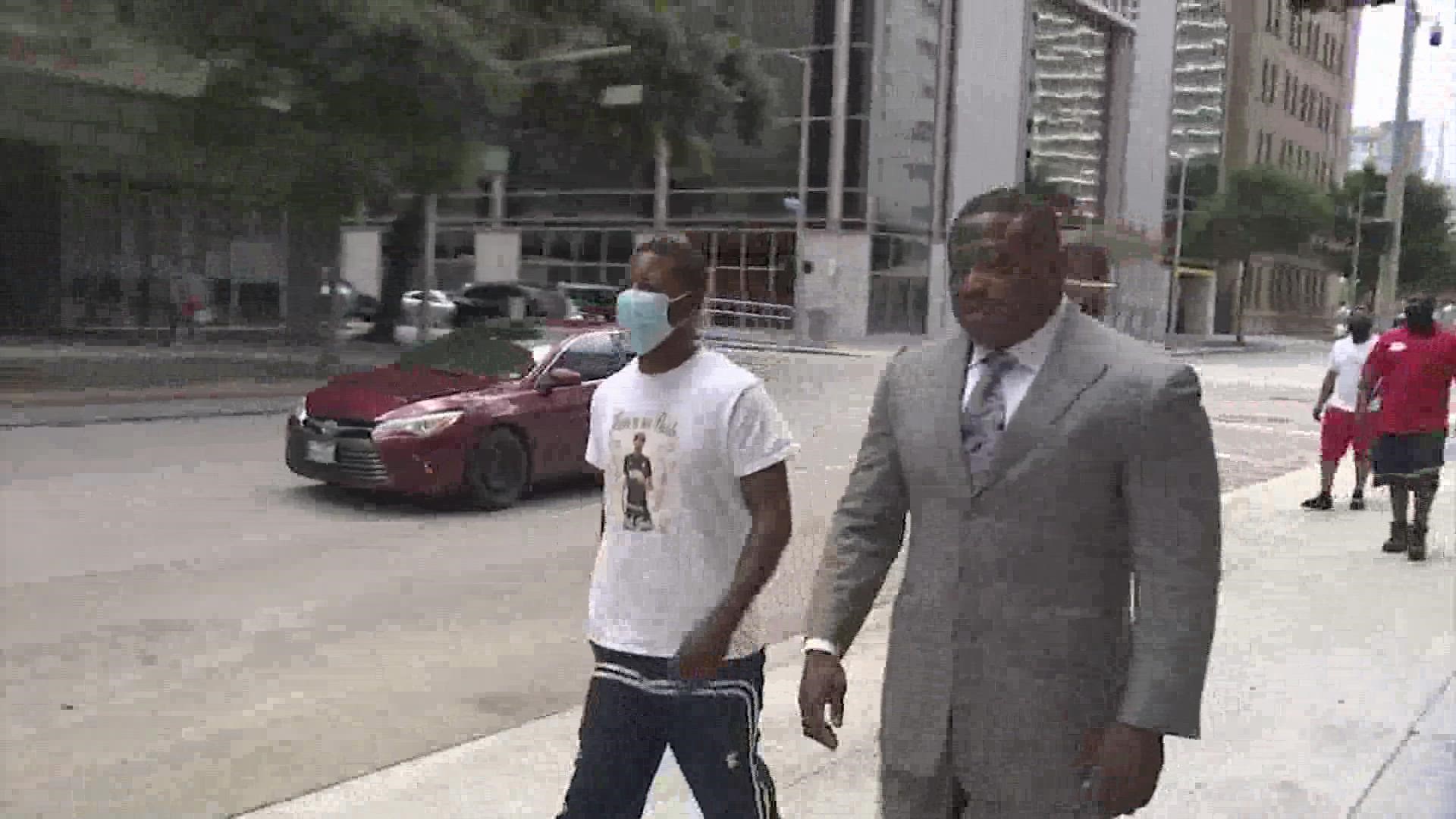 HOUSTON — A Harris County district judge revoked the bond the man accused of fatally shooting a teen during a road rage incident following an Astros game.

Prosecutors want Gerald Wayne Williams, 34, to stay locked up as his case moves through court. Williams will remain in jail until Friday when he is scheduled to appear before a judge for a bond hearing.

EDITOR'S NOTE: The video above is from when Gerald Wayne Williams appeared before a judge late Monday.

Williams is accused of murdering 17-year-old David Castro in a fit of road rage.

Williams turned himself into Houston police late Monday morning and was initially given a $350,000 bond by a magistrate. However, the Harris County District Attorney’s Office filed a motion to have it revoked.

Court documents lay out the case against the 34-year-old Williams. Some of the details were read aloud during Williams' court appearances.

Harris County prosecutors told a judge they have cellphone data which puts him on the path leading up to the July 6 road rage shooting at I-10 at Wayside. The data also puts Williams in the area of the shooting, according to court records.

After David Castro was shot and killed, detectives released a photo of the getaway car.

Police say Williams then tried selling the rims, which were distinct, and later tried burning the Buick.

Because of those details and because Williams was twice convicted of robbing two Family Dollars at gunpoint, a judge will decide Friday whether he can be released on bond.

“As we get these trials moving, like some of them are, you’re going to see a better and safer Houston and Harris County,” said Houston Police Chief Troy Finner.

The police chief is hopeful the 100 tips that came from the public in this case will encourage more people to help investigators solve other violent crimes.

“You know what, if you don’t do anything about it, tomorrow it could be at your doorstep,” the chief said.

State records confirm Williams had been out of prison since February 2020.