The 28-year-old mother was driving westbound on FM 2920 with her three children in the vehicle when they were struck from behind, investigators say. 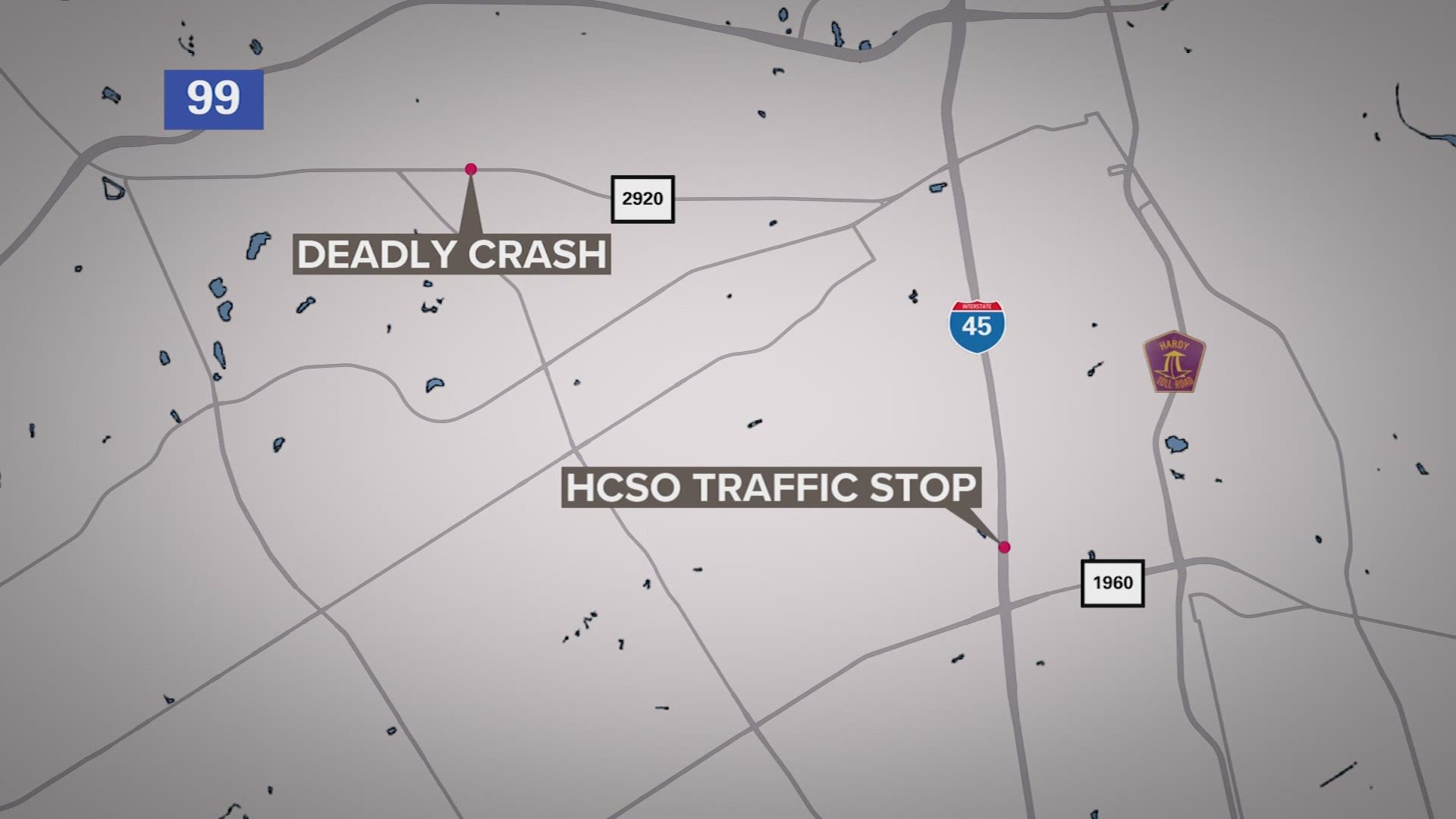 HARRIS COUNTY, Texas — A woman and three of her children are dead after a crash in north Harris County on Sunday night.

Charges have been filed against 35-year-old Daniel Canada, the driver accused of causing the seven-car crash. Canada is charged with three counts of intoxication manslaughter and one count of intoxication assault with a vehicle. Herman said Canada had a blood alcohol concentration of .15.

UPDATE: HCSO: Suspect in crash that killed mother, 3 kids was pulled over shortly before but was let go

"This is a tragedy. It is a situation of, again, a possibly impaired driver who snuffs a family out of existence," Constable Mark Herman said.

Herman said the 28-year-old mother was driving westbound on FM 2920 with her three children in the vehicle when they were struck from behind near Gosling Road around 8:30 p.m.

The mother's vehicle was pushed into several others before catching on fire.

She and her 7-month-old were pronounced dead at the scene. Her 5-year-old child was taken to an area hospital but later died. Her 2-year-old was taken by Life Flight to Memorial Hermann Hospital and was placed on life support but also later died.

According to the Harris County Sheriff's Office, a deputy pulled Canada over for speeding about 20 minutes before the crash. According to HCSO, Canada did not show any outward signs of impairment and he was released. Read more here.