The suspect allegedly told spectators he was going to do a "fly by" before crashing into another car at speeds over 100 mph. 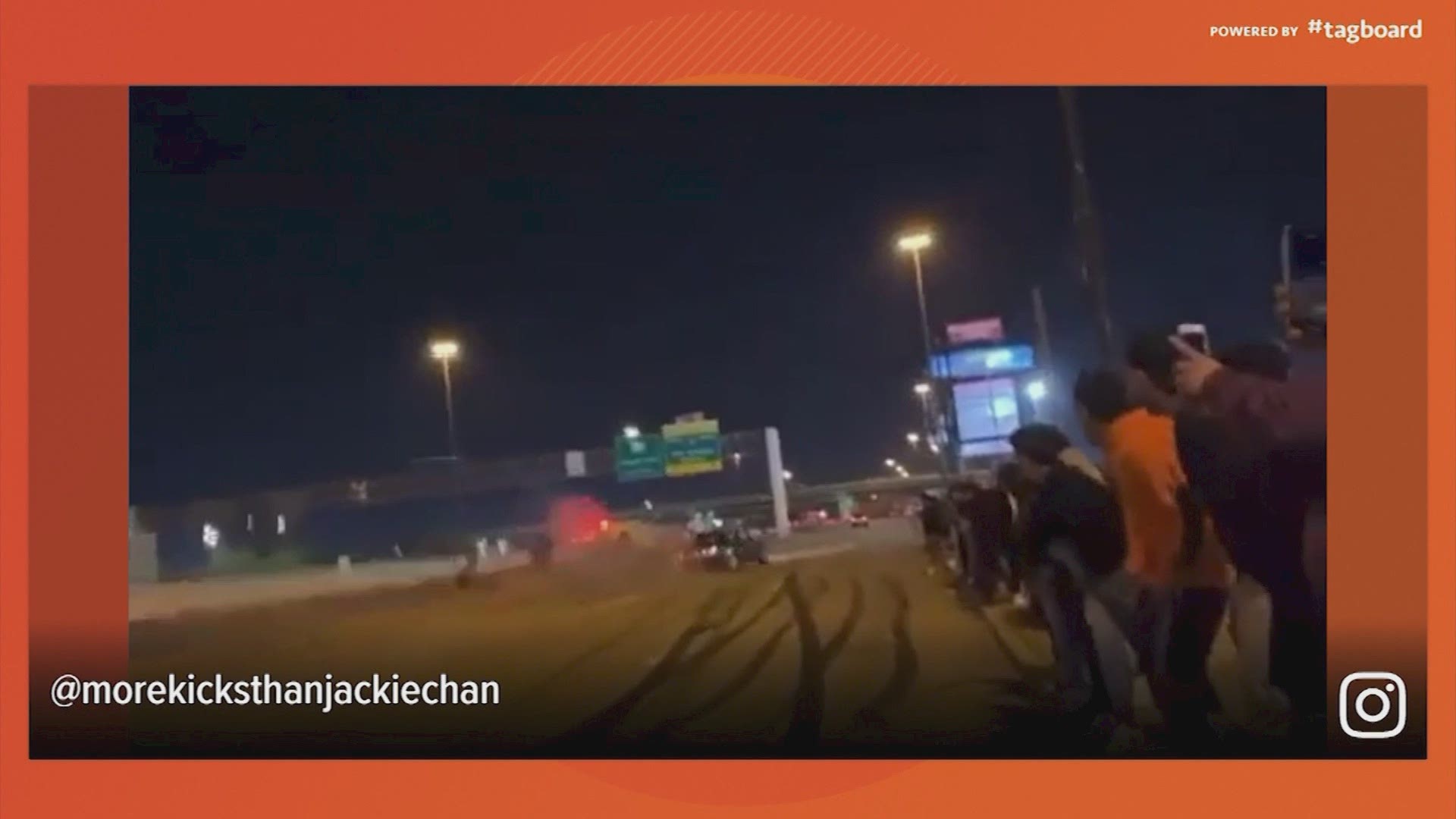 HARRIS COUNTY, Texas — A driver was going well over 100 mph when he crashed a Chevrolet Camaro in a deadly incident at an underground car meet late Sunday, the Harris County Sheriff’s Office said.

The driver is now facing criminal charges for the crash, which a witness captured on video.

Deputies said hundreds were standing along sidewalks on the frontage road as others showed off their vehicles. A witness’ cell phone recorded a yellow Camaro speed by and then crash into another driver, who was in a Chevrolet Malibu.

The impact sent the Malibu into the crowd of onlookers.

"We heard the crash, we turned and I saw the yellow Camaro literally kinda fly in the air a little bit," a witness said. "And he was sliding against the wall."

"Once they moved back, we saw the Malibu kind of come towards us and then we dipped out of the way, dipped backwards," Another witness said. "There was a lot of people so it was hard to run away."

One spectator was killed and a teenage boy later died after being airlifted from the scene, Sheriff Ed Gonzalez confirmed.

The dead man was later identified as 35-year-old Roger Glover. The car buff was visiting Houston from New Jersey to celebrate a friend's birthday.

Another teen had to be airlifted to Memorial Hermann, one person was taken to the hospital by ambulance, and at least five others were treated for various injuries at the scene.

Deputies identified the driver of the Camaro as Andrew Mock, 22. He allegedly told the crowd moments before that he was going to do a “fly by.”

I’ve posted quite a bit about illegal street racing being incredibly dangerous & how its become an epidemic in our region. Last night, spectators were standing on both sides of US -290 service rd at 14900 block for a car meet/hot-rod type of event. Two cars crashed, one car left pic.twitter.com/vdQKWLofDX

"There is no more safe haven,” said Sean Teare, Harris County D.A.'s Office, after the crash. “You're going to jail, you're losing your cars, and if you do something like we saw here tonight, you're going to prison for a long long time."

As of early Monday morning, Mock was in custody and facing one count of manslaughter and two counts of aggravated assault with serious bodily injury/ reckless driving. Those charges will likely be upgraded after the second death was confirmed, authorities noted. Mock remained hospitalized at last check.

"I’ve posted quite a bit about illegal street racing being incredibly dangerous & how its become an epidemic in our region," Sheriff Gonzalez noted in one of hits tweets about Sunday night's crash.

In a separate street racing bust, Las Vegas Raider Kemah Siverand was arrested by Houston police and accused of evading police. Siverand is from the area and played football at Cy Ridge High School.